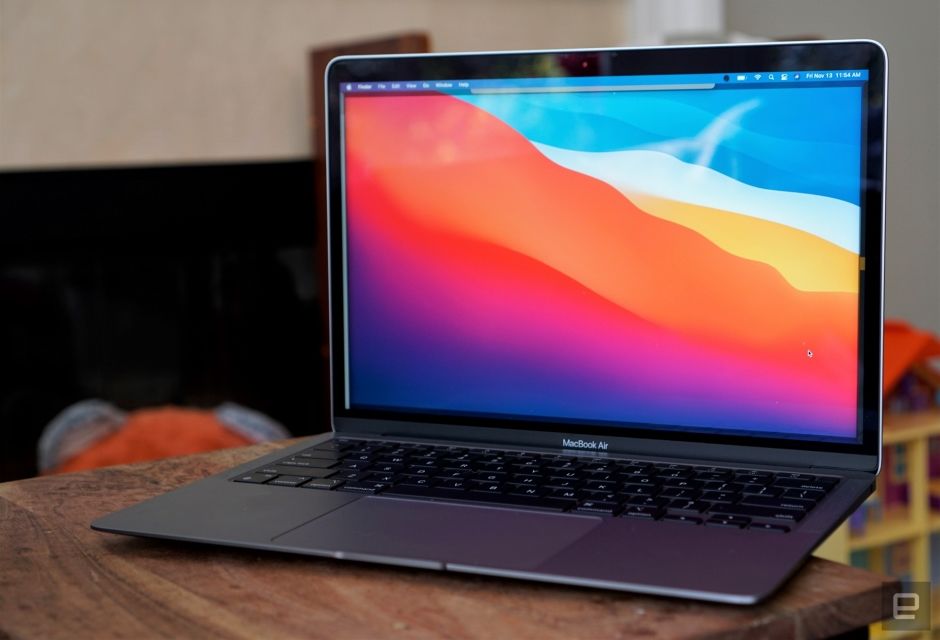 Although there weren’t quite as many new products to review this week as there were in the previous couple of weeks, the devices we did get our hands on were impressive. We put Apple’s new MacBook Air with M1 system-on-chip to the test, as well as AM...

Just about anyone who has bought more than one aftermarket graphics card knows that bundled games rarely matter. They're usually year-old titles or neutered editions built only to showcase the GPU's performance for a few hours. AMD thinks its Never Settle bundle might finally get us to notice. Buy any modern Radeon HD video card from the 7770 GHz Edition on up and you'll get a download code for at least one new game you'd genuinely want to try, ranging from Far Cry 3 on basic cards to a full three-game deal that supplies Far Cry 3, Hitman: Absolution and Sleeping Dogs to high rollers buying the 7900 series. There's likewise a discount for Medal of Honor: Warfighter and promises of bundles in 2013 for Bioshock Infinite and the reimagined Tomb Raider. As long as you're not dead set on springing for a GeForce board in the next few months, one of the qualifying cards might be worth a look to jumpstart your game collection.

AMD has a disproportionately large $6.4 million investment in BlueStacks, and now we're seeing one clear reason why. The two companies have teamed up to create a special version of the BlueStacks App Player that's tuned for AMD's Fusion-based processors and Radeon graphics cards, running Android apps with the full help of the chip desgner's hardware in Windows 7 and 8 PCs. Accordingly, over 500,000 Android apps are invading AMD's new AppZone portal without any needed tweaks of their own, giving the service a much larger catalog than if it had gone with Windows alone. Both companies have a clear incentive to this melding of desktop and mobile: BlueStacks suddenly gets exposure to as many as 100 million AMD-running users, while AMD can tout a giant app catalog that may be preloaded on future PCs using its components. We don't know if the world needs yet another avenue for playing Angry Birds, especially when many AMD-based PCs won't have touchscreens, but the BlueStacks partnership could be a strong lure for new PC buyers who'd like an instant software library.

BlueStacks teams with AMD to optimize Android App Player for Fusion, Radeon chips (video) originally appeared on Engadget on Thu, 27 Sep 2012 14:31:00 EDT. Please see our terms for use of feeds.

AMD has been suffering a conspicuous brain drain, with executives like ATI veteran Rick Bergman and CTO Eric Demers crossing over to tangentially or directly competitive companies like NVIDIA and Qualcomm. Chalk up another one for the list -- strategic development VP Bob Feldstein has bounded towards NVIDIA's (literally) greener pastures. The blow cuts deeper than usual through Feldstein's responsibility for graphics in most of the consoles from the past few years: he headed up work behind the Xenos chip in earlier Xbox 360s and the Hollywood core in the Wii, and he likely had some say in the Wii U's video hardware as well. While the staff shuffle won't directly affect AMD's Fusion processors or Radeon cards, it's hard to see much of a positive for AMD's future in video gaming, even in the light of rumors that the next PlayStation and Xbox might use some of Feldstein's work.

AMD exec behind Wii and Xbox 360 graphics jumps the fence to NVIDIA originally appeared on Engadget on Tue, 24 Jul 2012 15:14:00 EDT. Please see our terms for use of feeds.

RationalCraft brought its surreal Winscape virtual window to market when the Wii was virtually the only game in town for affordable motion tracking. Microsoft's Kinect has certainly changed the rules of the game since then, so it's almost natural that a fourth-generation Winscape has just launched to make use of the much more sophisticated sensor. For a start, there's no need to dress like Flavor Flav anymore: the camera can recognize anyone, even passers-by, without an oversized necklace. The larger-than-life footage used to generate the window effect has been given its own bump, too, and the app can now handle 4K video as long as the Mac underneath (sorry, Windows folks) is powerful enough to drive it. For those who truly want to be disconnected from reality, there's even six-display support provided it's all hooked up to a Mac Pro and a pair of three-output Radeon HD 5770 video cards. RationalCraft's software is free to try out now, although the requirement for at least two big TVs, a Kinect controller and a fast Mac should say all there is to know about the practical cost of pretending the Golden Gate Bridge is visible from inside a living room in Cleveland.

Winscape virtual window makes the leap to Kinect in 4K-capable, 6-screen glory (video) originally appeared on Engadget on Tue, 10 Jul 2012 21:04:00 EDT. Please see our terms for use of feeds.