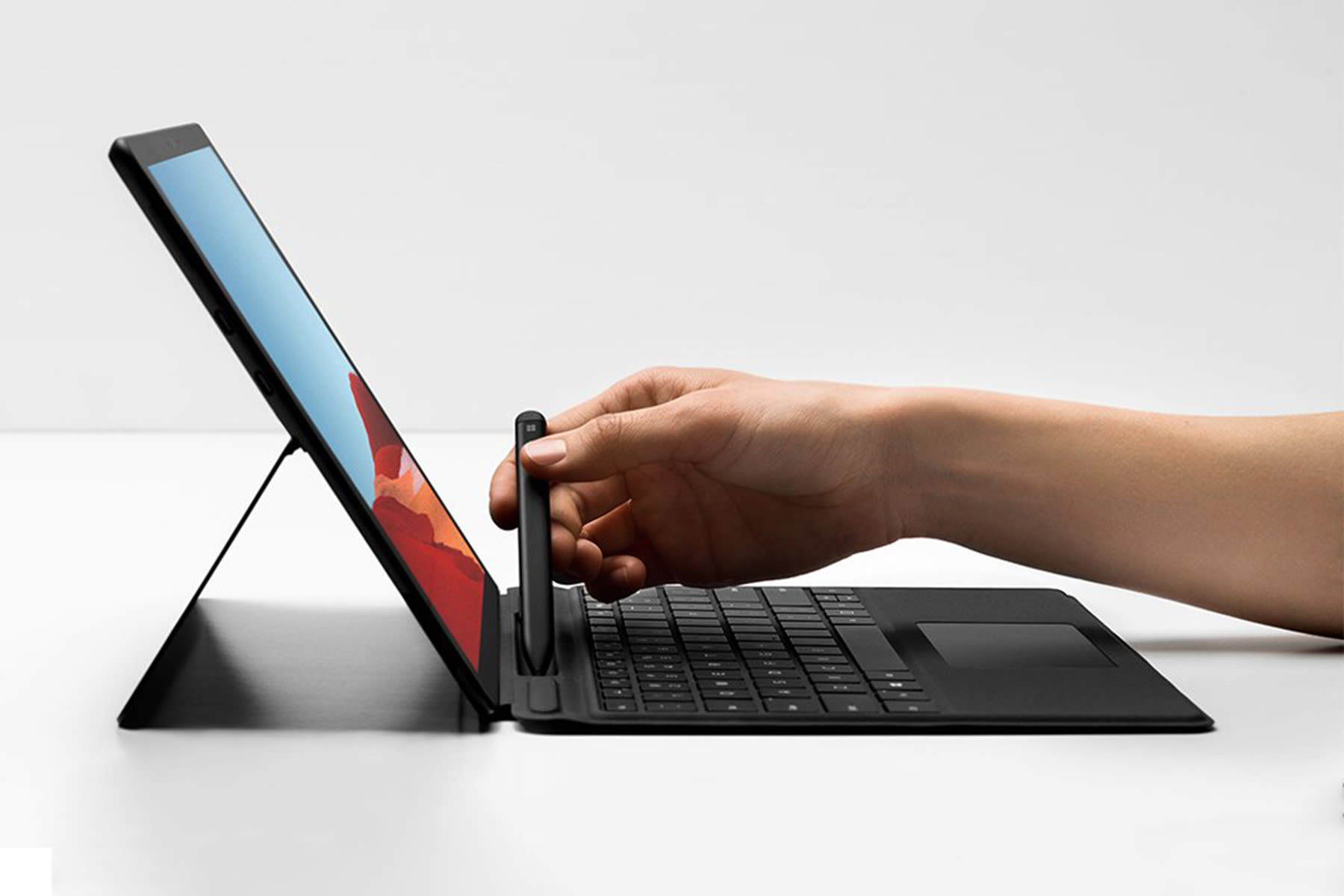 Microsoft is reviving its dream of an ARM-powered Surface device. Today, the company unveiled Surface Pro X, a tablet-laptop hybrid powered by a custom SQ1 processor. That chipset has "Snapdragon mobile DNA," according to Panos Panay, Microsoft's chi...

AMD has long stuck to x86 architecture for its server processors, but its gearing up to add 64-bit ARM-based Opteron CPUs to its arsenal in 2014. Sunnyvale also plans to reap the fruits of its SeaMicro acquisition by employing the company's "fabric" tech to link its ARM-based processors in clusters for maximizing efficiency. Where might these new processors come in handy? AMD thinks they'll fit nicely into clouds and "mega data centers" thanks to their power efficiency, but it'll let its x86-based hardware do the heavier lifting such as video encoding and rendering. Other details on the CPUs are scarce, but we suspect that'll change as 2014 approaches.

Mozilla is waving red flags about Microsoft's forthcoming Windows RT (the variety designed to run on ARM processors). It's claiming that only the Internet Explorer browser will run under the much more (in computing terms) privileged Windows Classic environment. It claims this effectively makes IE the only fully functioning browser on the platform, with everything else being denied access to key computing functions (running as a Metro app). Mozilla argues that if IE can run in Windows (rather than Metro) on ARM, then there's no reason why the other browsers can't. Mozilla then goes on to extend an invitation to Microsoft to "remain firm on its user choice principles". Meanwhile it's not just the Moz that has taken umbrage at the move, with CNET reporting that Google also isn't happy with the situation, saying "We share the concerns Mozilla has raised regarding the Windows 8 environment restricting user choice and innovation." We'll have to wait and see what Microsoft's take on the matter is, but for now it looks like the browser wars are back on.

Mozilla calls Windows RT a return to the 'digital dark ages' for limiting browser choice, Google nods in agreement originally appeared on Engadget on Thu, 10 May 2012 08:28:00 EDT. Please see our terms for use of feeds.

If you read our interview with ARM co-founder John Biggs, you know the company behind the processor in most smartphones had quite modest beginnings, what with an office in a barn and all. But Biggs is only part of the story, and Reghardware fleshes the rest out with a two-part series on the "unsung heroes of tech": Sophie Wilson, Steve Furber and Herman Hauser, the team behind Acorn Computers, the British PC company that spawned ARM in the mid-80s. We'll let you click through to the source links to take the journey yourself, but here are a few highlights: earning a computer contract with the BBC, happening upon ARM chips' low power consumption by accident and striking gold thanks to a partnership with Apple.

Series revisits ARM's humble beginnings, BBC Micro and all originally appeared on Engadget on Fri, 04 May 2012 10:47:00 EDT. Please see our terms for use of feeds.

We know TSMC's energy-miser 28-nanometer manufacturing process has a lot of headroom, but the company just ratcheted expectations up by a few notches. Lab workers at Taiwan's semiconductor giant have successfully run a dual-core ARM Cortex-A9 processor at 3.1GHz under normal conditions. That's a 55 percent higher clock speed than the 2GHz maximum that TSMC normally offers, folks, and about twice as fast as a 40nm chip under the same workload. Don't expect that kind of clock speed from your next smartphone or tablet, though: expect processors of this caliber to find "high-performance uses," which takes us that much closer to NVIDIA's Project Denver as well as other ARM-based desktops, notebooks and servers that should give x86 chips a run for their money.

It's pretty much a year to the day that we reported the possibility of a quad-core Cortex-A15 from ARM, and look what just came across the wire! It's the Cortex-A15 Hard Macro -- the first design from ARM we're aware of that packs four A15 cores. The Hard Macro edition is of particular interest as it aims to help manufacturers bring products to market more quickly and at a lower cost. The chip variant runs at 2GHz, with performance of over 20,000 DMIPS if you were wondering. Notably, it operates with the same power usage of the A9 hard macro, which should mean it's got good efficiency credentials, and it's the first in the family to be based on 28nm process. There's no indication where we might see this turning up, but with the firm spilling the full details at the IEEE Symposium later this week, we're sure we'll find out soon enough.