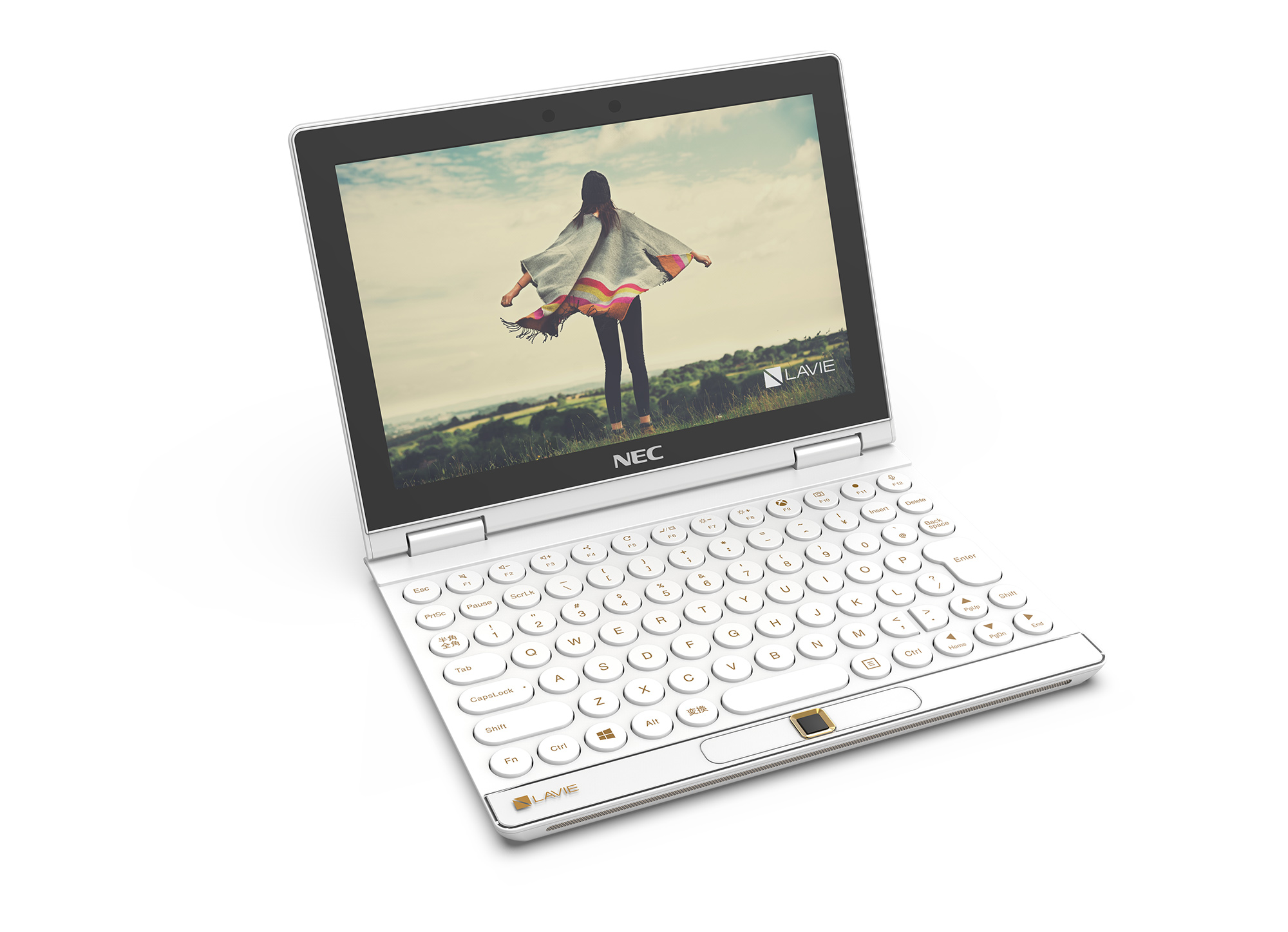 We've previously established that the NEC Lavie Mini -- that 8-inch laptop that doubles as a gaming machine -- is a charmingly weird concept that stands a solid shot making it production. To learn more about the Mini, and to get a broader sense of th... 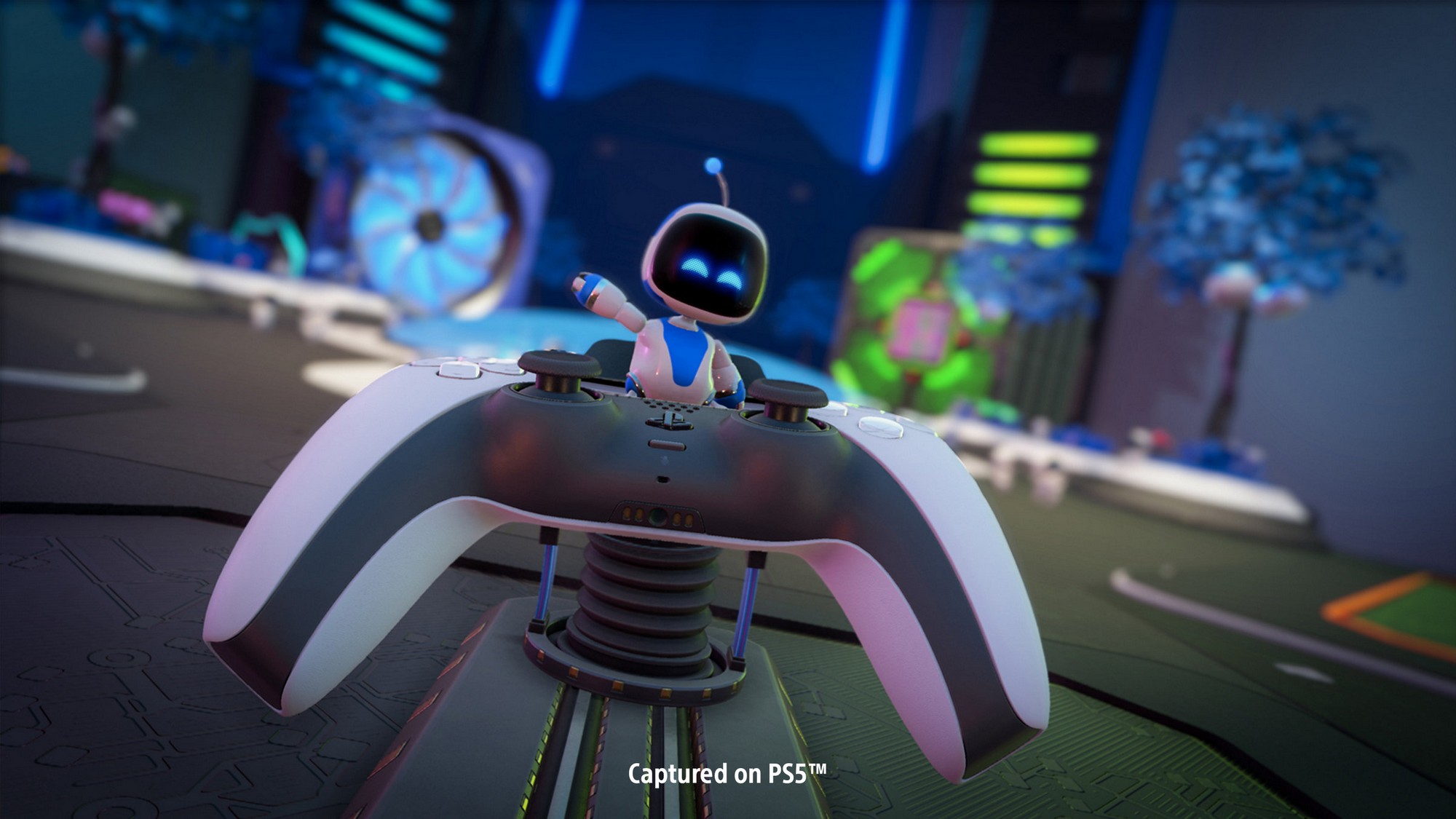 Sure, Spider-Man: Miles Morales and the Dark Souls remake are getting most of the PlayStation 5 love, but Sony’s most significant next-generation launch game may be Astro’s Playroom. It’s a showpiece for the new DualSense controller's haptic capabili... 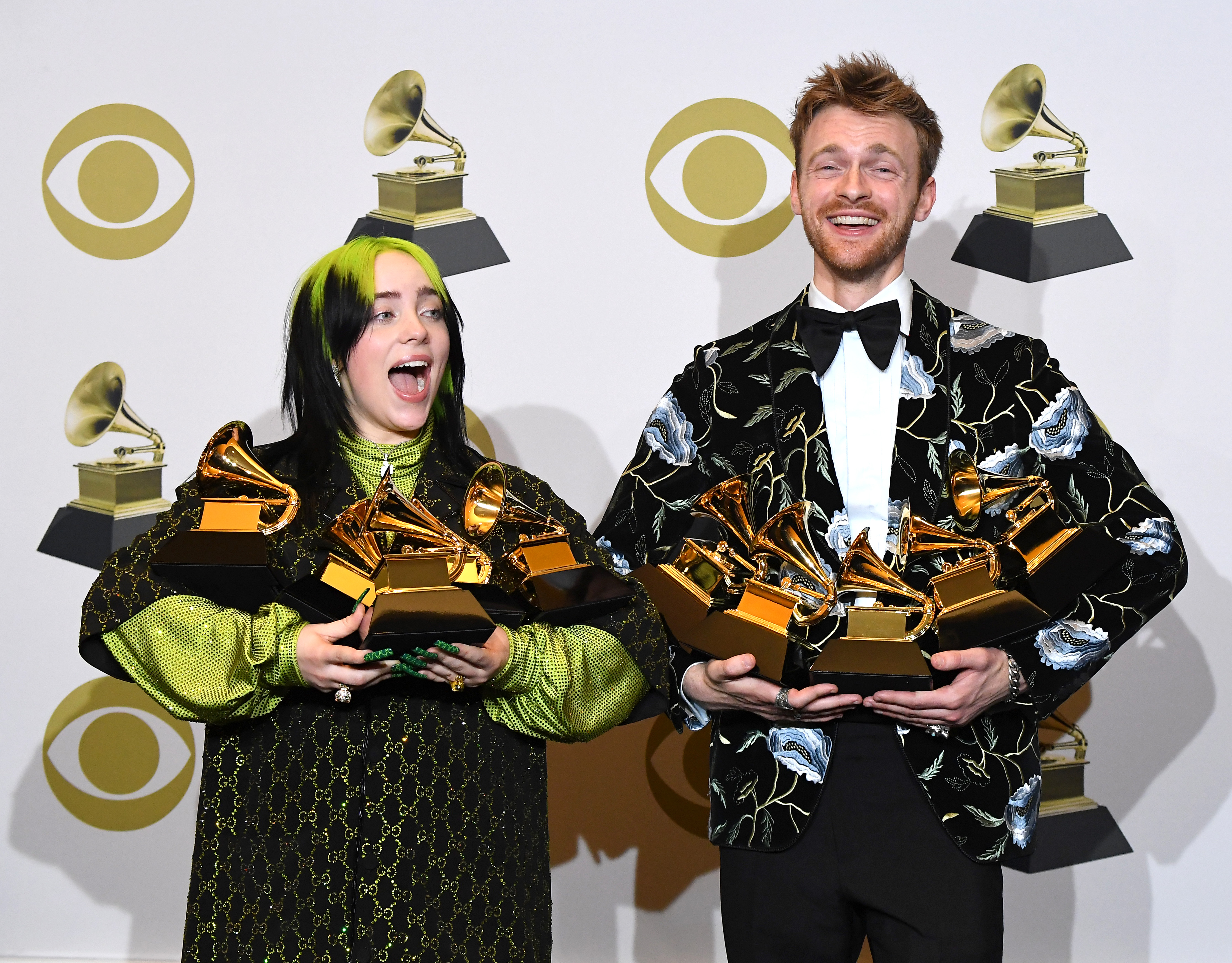 Since the Grammy Museum closed at the beginning of the pandemic, most of the filmed interviews and performances in its archives have remained locked behind its downtown LA doors. The museum is working to change that with a new subscription-based stre... Alex Garland's Devs is unlike anything currently on television. The Hulu/FX show starts out as an exploration of a powerful tech company that has cracked the secrets of quantum computing, but it evolves into an exploration of free will, determinism a... 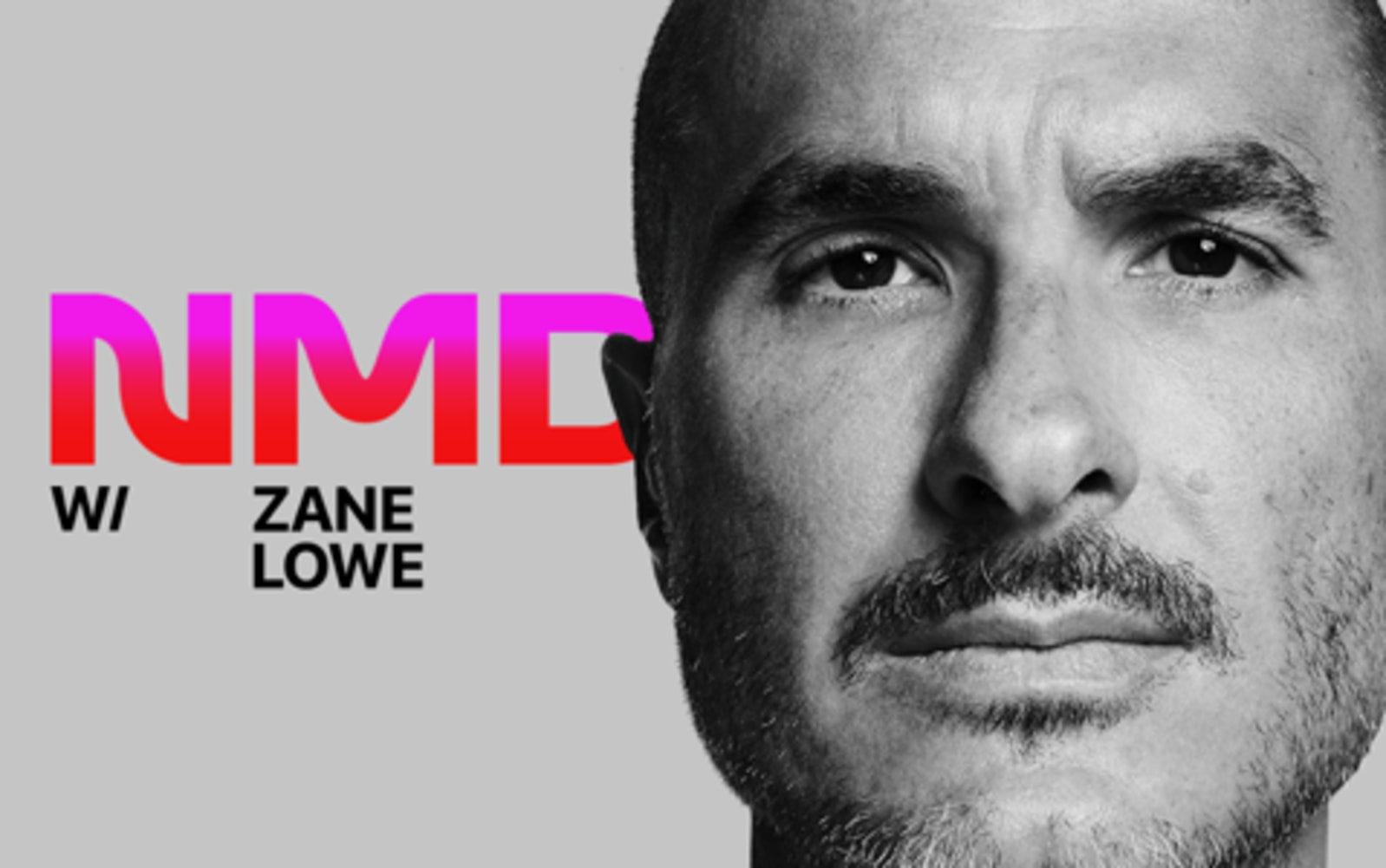 This summer, Apple created New Music Daily, a curated playlist with the latest and most popular tracks from around the world. Today, it's launching a companion radio broadcast on Beats 1. The weekly show, "New Music Daily with Zane Lowe," will featur... 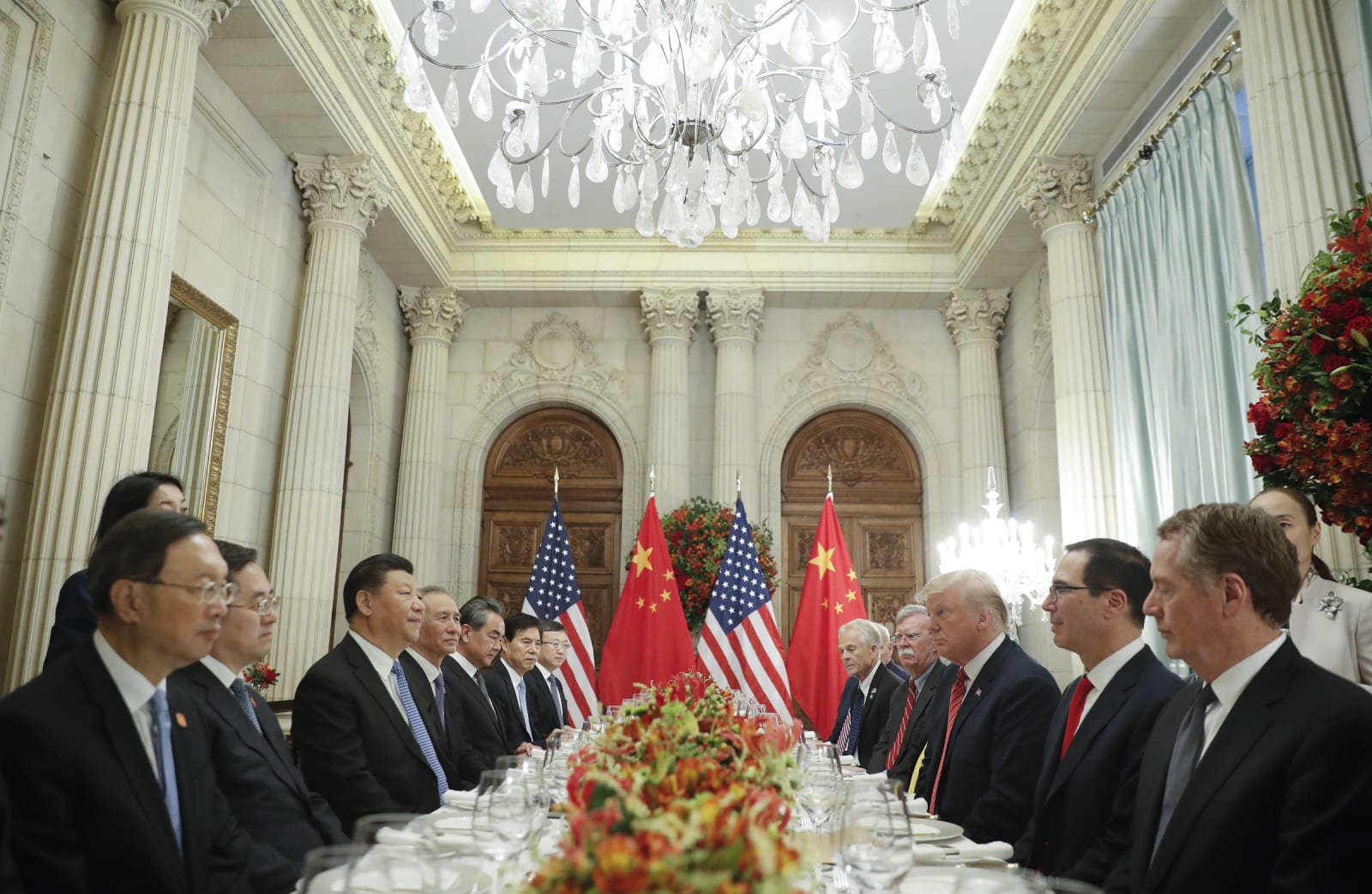 At the start of 2018, the US imposed a series of tariffs on Chinese products ranging from solar cells through to home appliances. It was the escalation of rhetoric between the two countries over fears that the US-China trade deficit had become too hi... 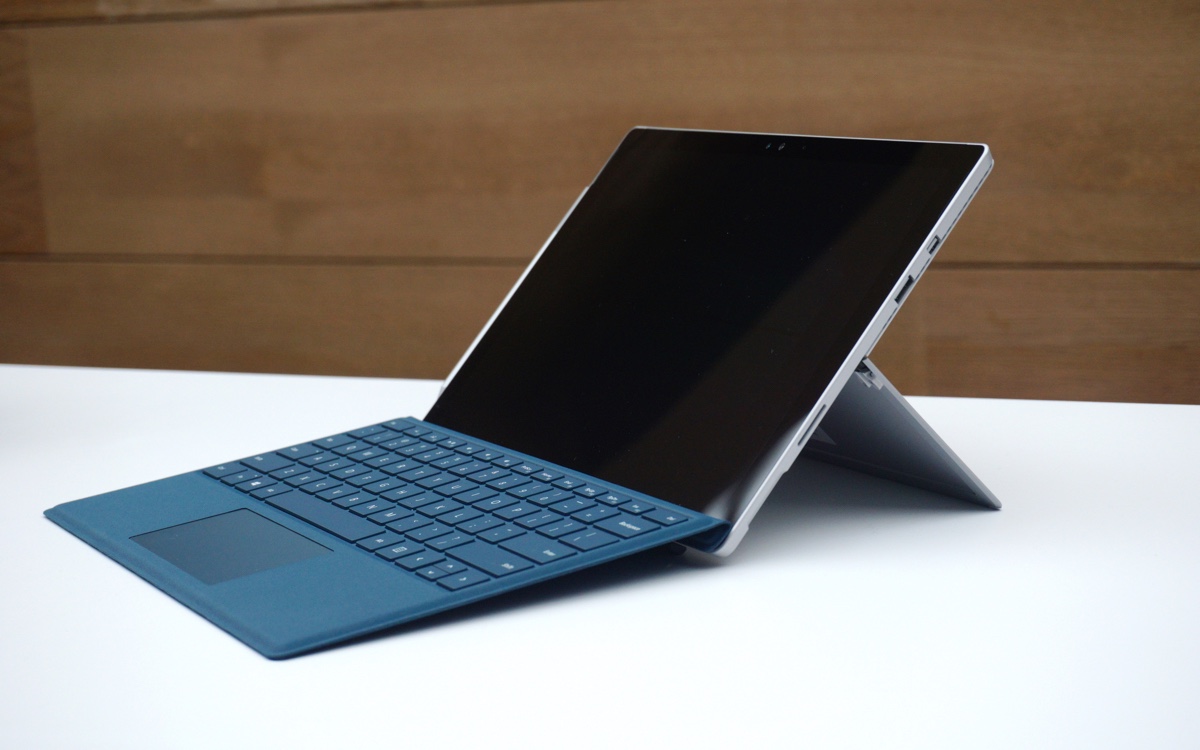 At first glance, Microsoft's new Surface Pro 4 doesn't look that much different than last year's Surface Pro 3. But there are a slew of upgrades on the Surface Pro 4, as well as its accessories, that should make for an even better computing experie...

The ‘12 Inspirational and Exclusive Interviews’ series is back with a brand new episode, one that focuses on the importance of honesty and staying true to your beliefs. I kick-started the season with Robert Brunner, who is in the news for all the Apple reasons – yes, would have loved to see him stay with Beats – and now, I continue the thread with Vivian Wai Kwan Cheng, one of the most effervescent designers that I have met. Vivian is based out of Hong Kong; she is the International Liaison Manager in Hong Kong Design Institute (HKDI). She completed a BA in industrial design at the Hong Kong Polytechnic University in 1987. In the same year, she was awarded a special prize in the Young Designers of the Year Award hosted by the Federation of Hong Kong Industries. I have met her on several occasions and forever seen her don the color red, which is why my first question to her is…

…. Why do you ALWAYS wear red? I thought Peter Zec had the dibs on it!

Vivien wears the color red on a daily basis and it has nothing to do with the Chinese philosophy of the color signifying abundance. Her story dates back to 1997-98, when the economic Tsunami had hit Hong Kong and the shopping malls were very quiet….. There is a store called Joyce in Hong Kong and they went on sale, so I found a dress, which was really nice, and then I realized I didn’t have any shoes for it so I left it in my wardrobe for a year. It is very ‘me’ to keep things in the backburner till I don’t find the right combination that goes with my outfit. I own a jacket that was kept in my cupboard for around 3 years and one dress has been with me for the last seven years and not yet worn!

Back to the dress, one fine day, after almost a year, she found her matching shoes from Trippen, a company with an eco-consciousness. However, she still could not wear that dress since she didn’t have matching socks; she eventually found a pair of pantyhose that was red in color and it went well with that Joyce dress. The color red grew on her. Later, she realized that when she went to conferences, everyone was dressed in black and she was the only one who stood out because of the red color! Vivian is a warm person so she started to pay attention to this color. Her experience with it taught her that we needed to have patience for things to fall into place at the right time. At the end of the day, she discovered a new style that suited her personality and helped differentiate herself from the herd. Being a coward, you feel regret for the rest of your life!

I always wanted to be honest. It helped me become a better person and also a better designer. The biggest lesson I have learnt is from my childhood, when I was 9 or 10-years old. We had a very strict teacher that would not allow us to use the chalkboard. During recess some of the children, including me, went to the backboard and started drawing pictures on it. Before recess was up, the teacher came into class and we all ran back to our seats. Some of our chalk drawings were still on the board. The teacher asked for the names of the children who had used the board. Since no one owned up, she started to question us individually.

Every child that the teacher questioned, denied being at the blackboard, except for the boy seated next to Vivian. He owned up, although his works had been erased from the board, even before the teacher entered the room. This made Vivian feel very little about herself; she felt like a coward. All it took was a little bit of courage to own up to the deed and she opted to stay quiet. Suddenly she felt ashamed of her deed and guilty that she did not have the courage to speak up. Her partner became a hero in her eyes, and respect for him grew tremendously. From that day onwards she vowed never to lie and only speak the truth. She applied this principle to her work life as well and pretty soon there was a day when she went head-on-head with a client. The crux of the matter was that he insisted she redesign a product according to his direction. The client was an American with many ideas, some of them creative and some of them not very feasible. To convince him, Vivian came up with a 3D mock-up based on his idea and at the same time she did another mock-up according to her idea. The product involved redesigning the handset for an EPABX system to be used in offices and critical to the design was the layout of buttons according to function and categories.

By visually comparing the two options, the client was able to see the flaws in his concept and eventually went with what Vivian had proposed. The client was not a designer but had some solid ideas on paper, however we all know ideas to execution is a long process and sometimes refinements are very drastic and nothing like the original concept. Finally, Vivian won her way because she stuck to her guns and believed in staying with the truth. She could have gone with what the client was wanting, but she believed that her idea was the solution. Sometimes staying honest is very difficult, it is the hard path, but we have to walk down this tough road because it works for our higher good.

The same client came back months later to do some more design refinements, to which Vivian did not agree upon. However he pressurized her to do so and since she was obliged to make the changes, she did. However, she also gave him a paper to sign, with an undertaking that she has done this redesign upon his request, although she does not agree with it. The idea behind getting the signature endorsement was not to protect herself, but to drive home the point that this is your investment, and as a designer I can push you only to this much limit, and if you do not trust me or my judgment, then I cannot force you to trust me. The client got the drift and abandoned the changes; he opted to trust Vivien’s judgment. It so happened that the same client wanted to work with Vivian once again, but she was very busy and recommended another dear friend. The client came back to her and started complaining that he was afraid to do business with the new designer, simply because he was agreeing to every suggestion that the client was making. The new designer did not argue or put forth any valid counter arguments and was turning into a yes-man! Vivian says, money is not everything; it cannot take charge of everything. If we are honest then people will come back to us. If I make a mistake I will apologize, if there is something wrong, I will fix it, no matter how much it takes from me. If you want people to trust you, you must give them enough options to make the decision. Don’t force your ideas on them. When I work with my clients I give them demonstration models, which they can feel and touch, they are not just drawings. What this means is also a lot of hardwork, so if I have to skip lunch then so be it. Another thing that Vivien is passionate about is, working with hands. She feels that a lot of the process is being lost when designers jump from sketch to 3D Printing or prototyping. Making things with hands, crafting in clay, basic paper models all lead to problem solving. What this means is that when you start making things with hands, your mind opens up to the unseen possibilities and solutions. You may be doing something wrong and it could surface while making the clay model and at the same time, you may also be able to foresee some alternate solutions to that problem during the crafting process.

It is really stupid to start 3D modeling right from the start.

It should be done somewhere in the middle and not right at the end either. The reason is that you can come up with thousands of other solutions or ideas when you are working and creatively using your hands and mind, focused on the job. If you skip the rough modeling step then you are missing out on a lot of opportunities to improve the end result. All this is not possible when you jump the gun and straightaway 3D print your ideas. To sum it up, the bigger picture here is honesty and taking responsibility for your actions. By owning the responsibility it doesn’t mean punishing yourself, it merely means reflecting on your actions, asking yourself why you did it, and what are you going to do to make sure you never repeat the same mistakes. This is what life is.

US Weekly’s Esther Lee tells all about Emily Blunt’s less than stellar desire to work with Tom Cruise in “Emily Blunt Dissed Tom Cruise Years Ago, Calls It "So Funny" Now.”Emily Blunt told The...

Girl Meets World is a spin-off of Boy Meets World and will start airing on the Disney channel this year. Now Disney ordered more episodes to make it a full season show featuring 21 episodes. ...