If you’ve ever played the video game Octodad, you know how difficult it can be to perform tasks using tentacles. Sure, a real octopus can open a jar with its spindly legs, but you’re not a real octopus. To take the awkward control scheme to the next level – and to promote their new Krakengärd scent – Old Spice decided to build a mechanical squid that can be remotely controlled over the interweb.

The game is being streamed live on Twitch this weekend, and is played by not one player, but as an 8-player co-op game. That’s right, each participant controls an individual tentacle, and must work together to perform what would normally be a pretty simple task. For instance, in one session, S.Q.U.I.D. players were asked to each play a part of a drum kit. 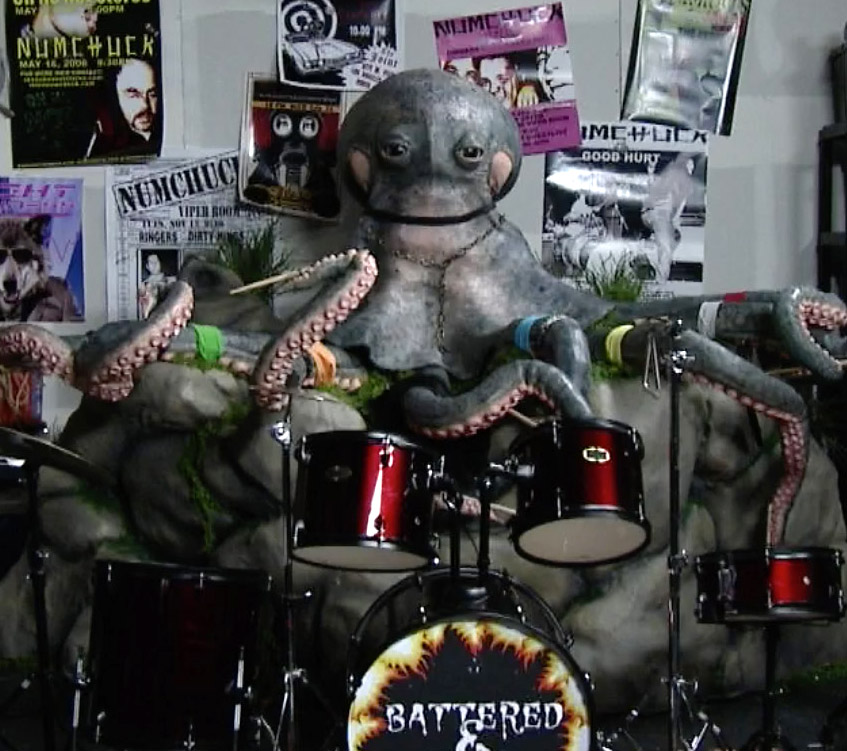 In the session where I participated, our job was to sort out the good plants from the bad plants on a moving conveyor belt. Yeah, you can guess how well that went. 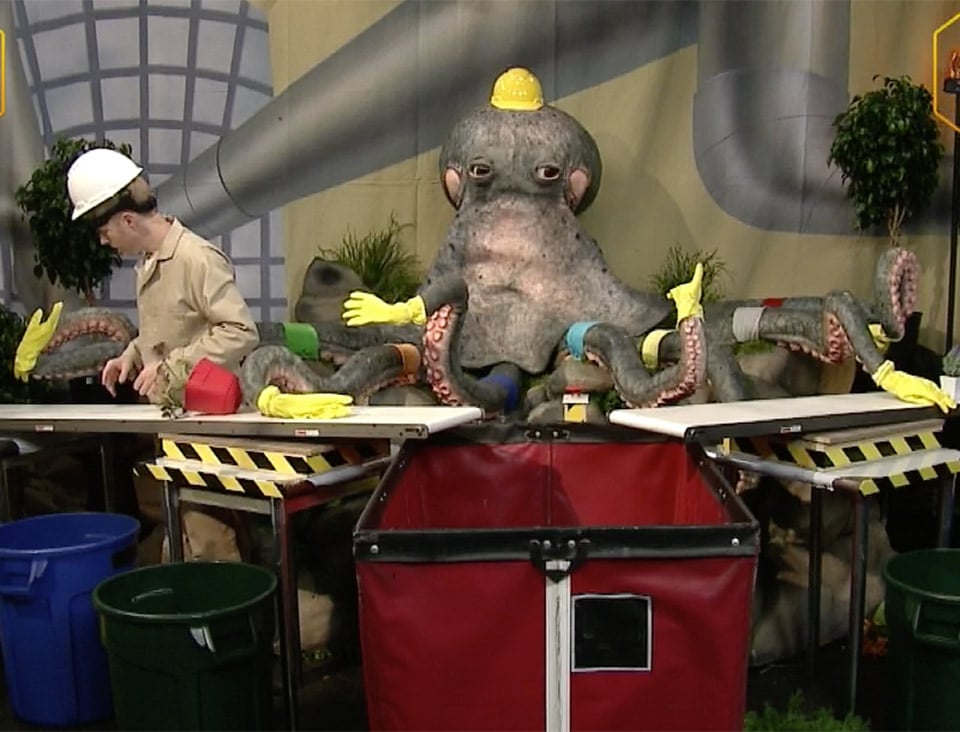 I managed to put a couple of plants in the wrong bin, and a few on the ground. Along the way, a couple of us managed to entangle our arms, as if two lost souls were embracing from across the globe. 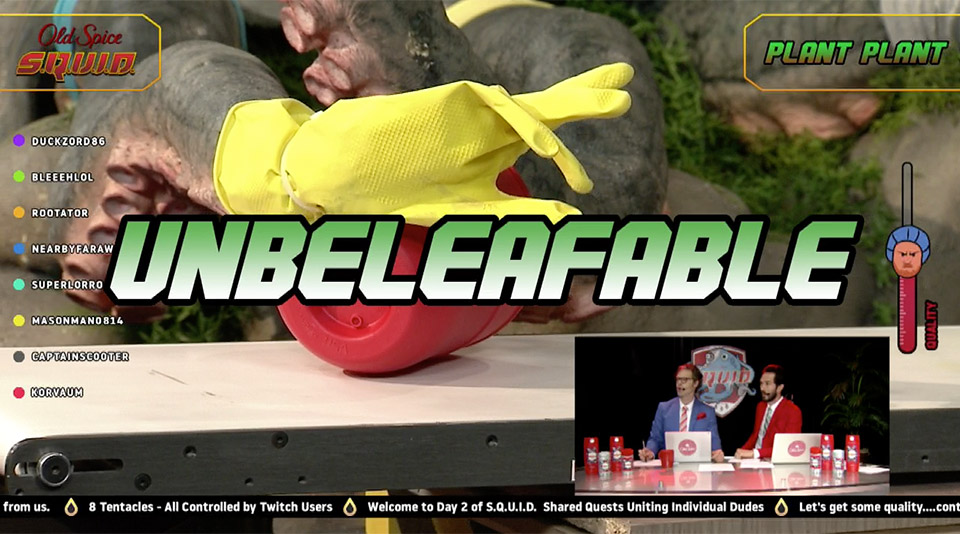 Players who participate in the Twitch chat and authorize Old Spice may get picked to control a tentacle. After an all too brief, and totally unrelated training session, you’ll be thrown to the wolves and asked to operate your very own squid leg, using eight keys. While the keys might seem familiar to FPS players, trust me when I say that no amount of playing Counter-Strike will prepare you for this. The S.Q.U.I.D. control scheme is about as intuitive as a game of QWOP, but with twice as many buttons. 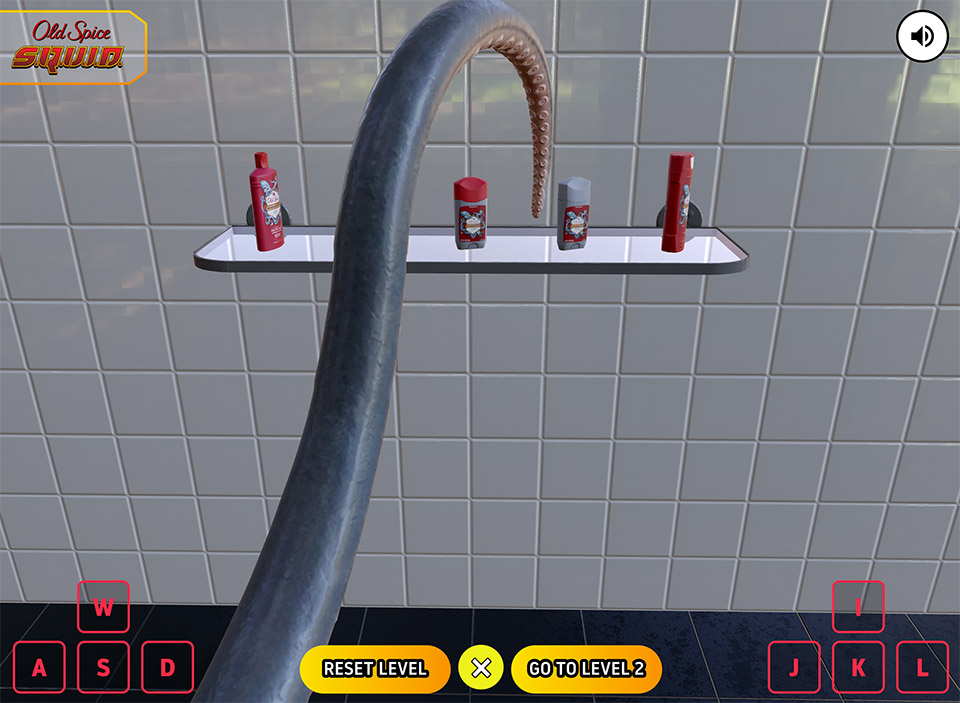 The first day of S.Q.U.I.D. is already over with, but there are sessions being played from 1pm to 6pm PST today and tomorrow (5/20 & 5/22). Head on over to the Old Spice S.Q.U.I.D. page on Twitch if you want to get in on the tentacle controlling action, or if you just want to stand on the sidelines and watch everyone else make a fool of themselves. Spectators even get to send along special squid emoji while they cheer on other players and wait their turn. 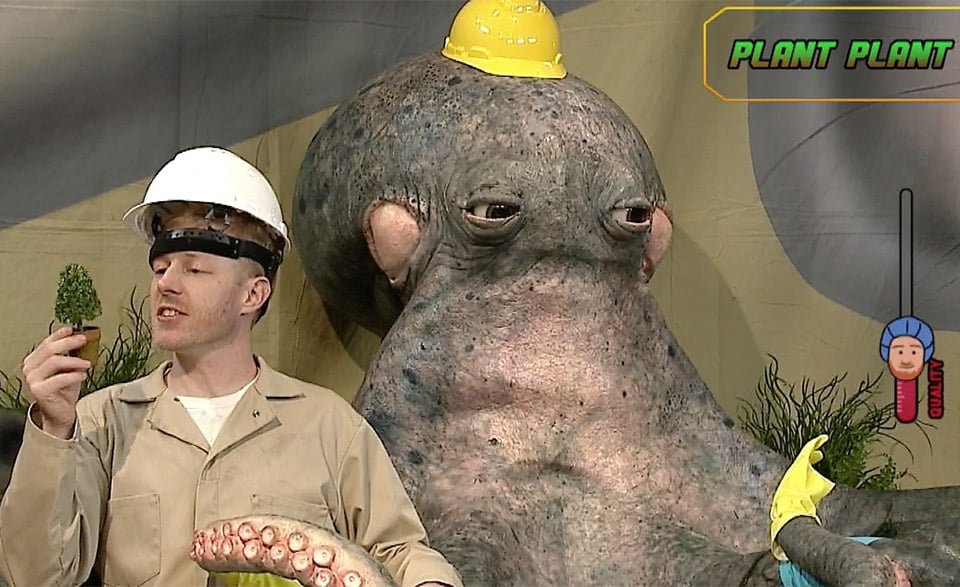 You can check out some behind the scenes footage of how the S.Q.U.I.D. robot came together in the video below:

Disclosure: This post was sponsored by Old Spice. Technabob received compensation for writing it, however, our editorial team only recommends products or services we find interesting or have used personally, and believe will be good for our readers.

As brands and their advertisers gear up for their annual Raison d’etre–the Super Bowl with its massive audience–here is a fact they probably do not want dwell on: even if their fondest hopes are...

As brands and their advertisers gear up for their annual Raison d’etre–the Super Bowl with its massive audience–here is a fact they probably do not want dwell on: even if their fondest hopes are...

Old Spice kicks of 2014 with awesome new commercials. Earlier this month the Old Spice Mom song ads took over the internet. Then earlier this week we featured the new fake web site campaign with...

Old Spice is back big time with viral video ad hits. First the Old Spice Mom Song has taken the net by storm. Now Mustafa is back to with a cool campaign involving fake web sites. Old Spice launched...

The Super Bowl 2014 is around the corner and Super Bowl commercials are soon to dominate the social networks again. One of the most successful brands in social media history is Old Spice. A couple...

If you were wondering who is going to ride your wild horses, well Mick Minogue’s Old Spice guy action figure might probably.

The artist created Isaiah Mustafa’s action figure for the upcoming MEMES show, organized by gallery 1988. The action figure set is awkwardly titled “Master of the Ladies” just like ...
Continue Reading on Walyou