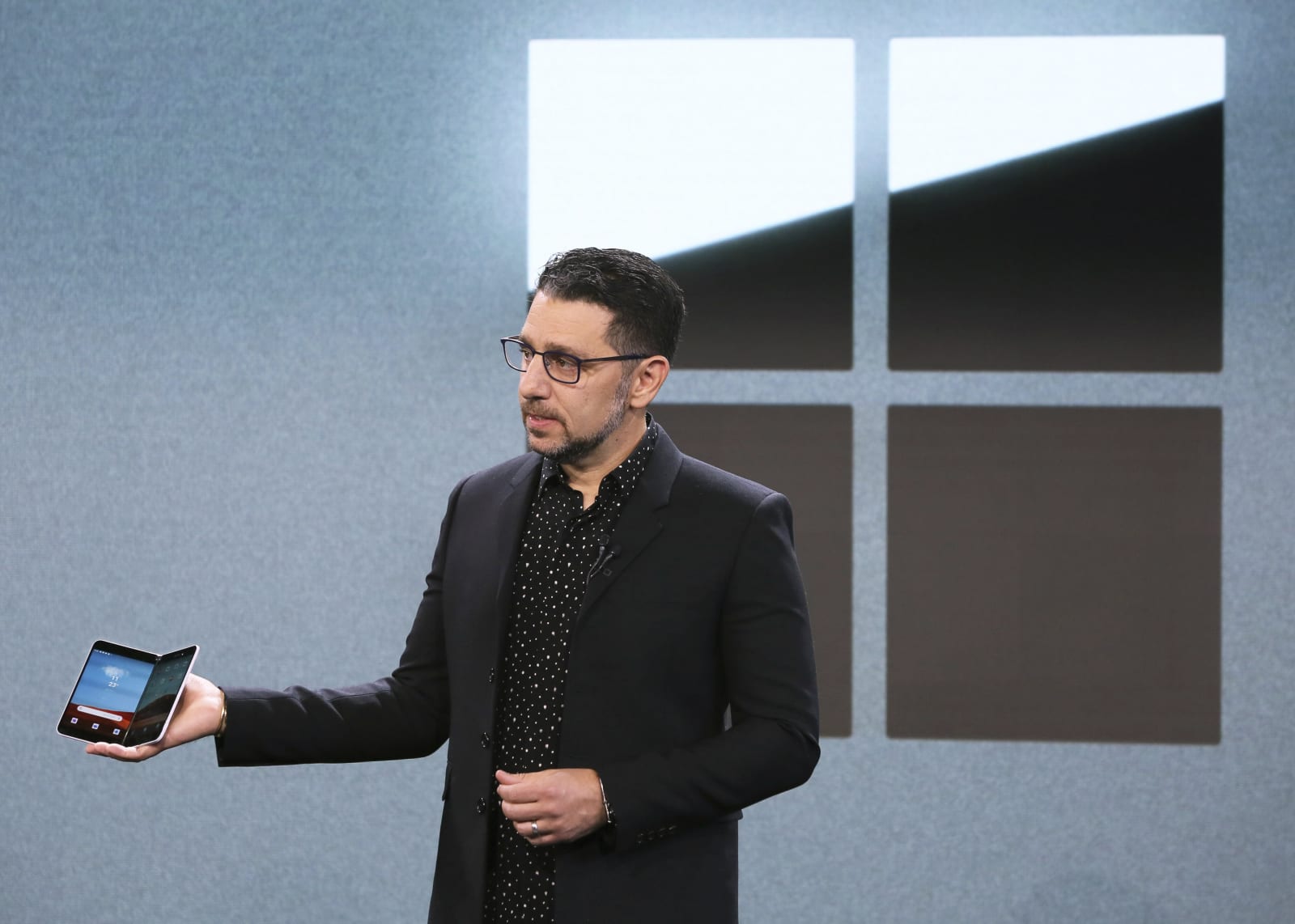 Panos Panay, Microsoft's hardware head honcho and the creator of Surface, is set to oversee the Windows team too. The company will reportedly roll the product and Windows groups into a single unit called Windows + Devices later this month with Panay... 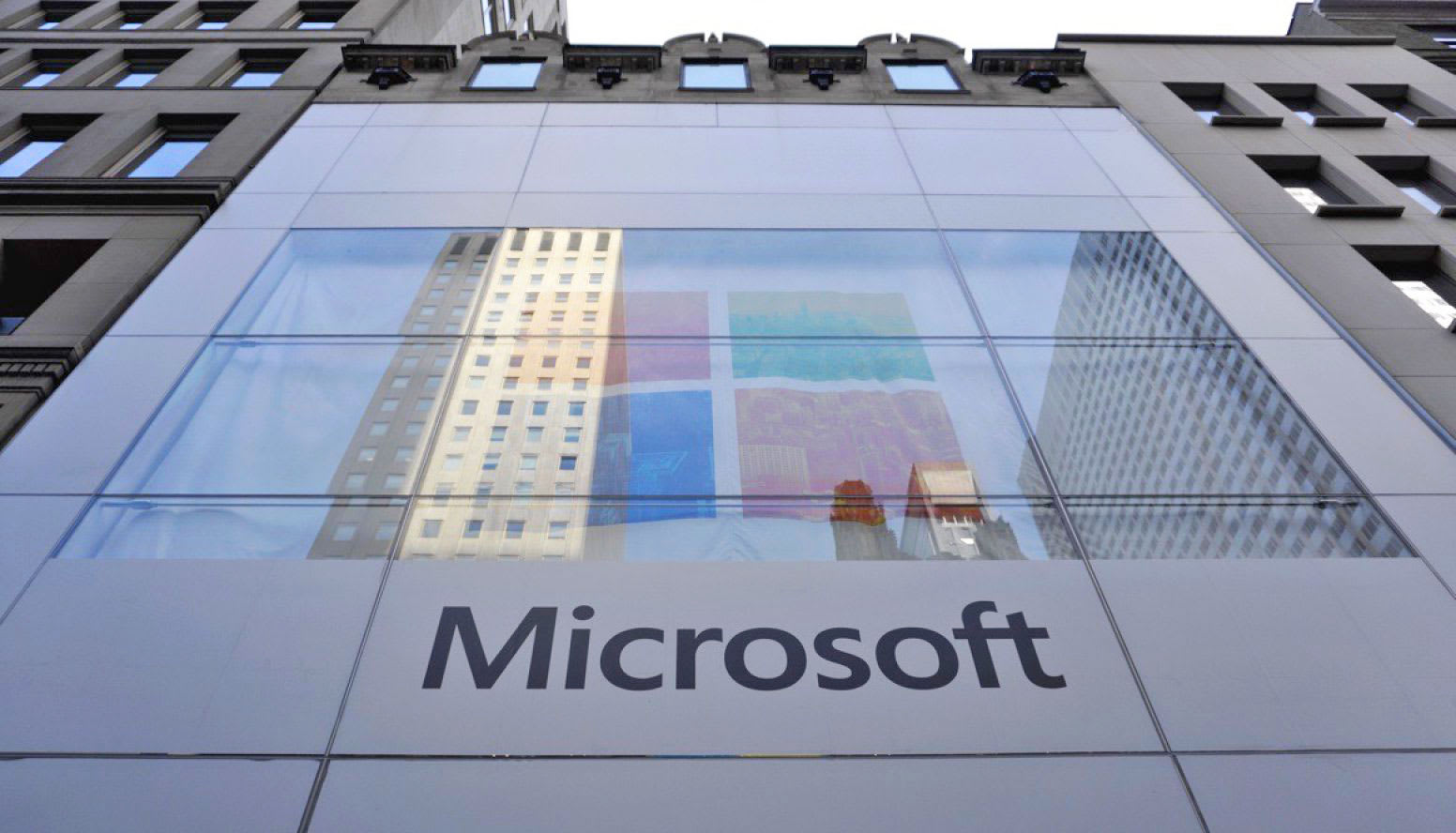 Microsoft is reorganizing itself to be better-equipped for the future, according to an email sent to employees by CEO Satya Nadella. One casualty of the change is Terry Myerson, who has headed up the company's Windows business for the last five years... 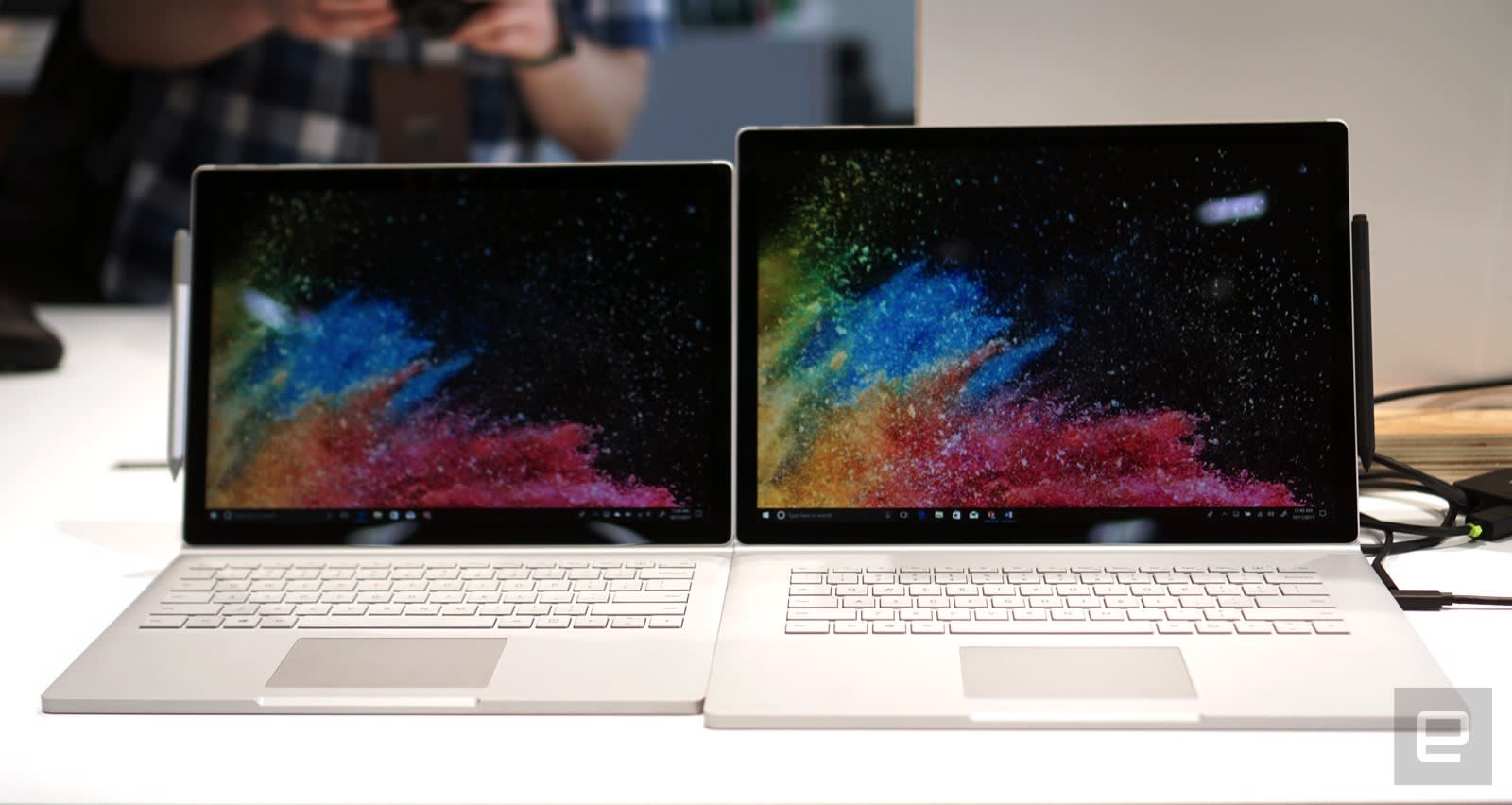 With the Surface Book, Microsoft delivered yet another way to rethink traditional computers. It resembled a laptop more than the earlier Surface devices, which were basically tablets with keyboard covers. But it also packed in one new trick: a large... 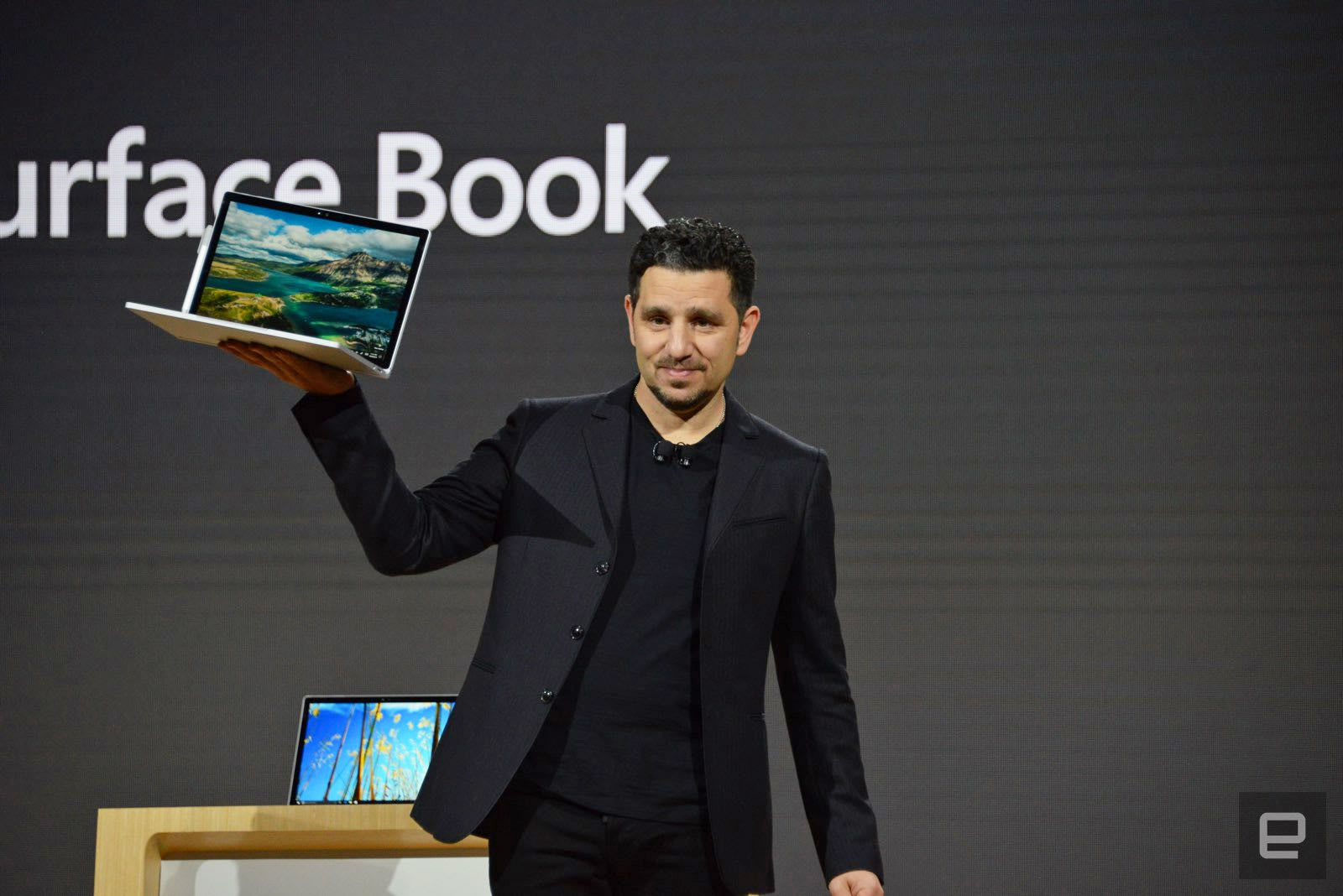 Microsoft might not be done introducing new Surface hardware this year just because the Surface Laptop and Surface Pro are on store shelves. The company has confirmed that devices executive Panos Panay will be presenting at the company's two-day Fut... 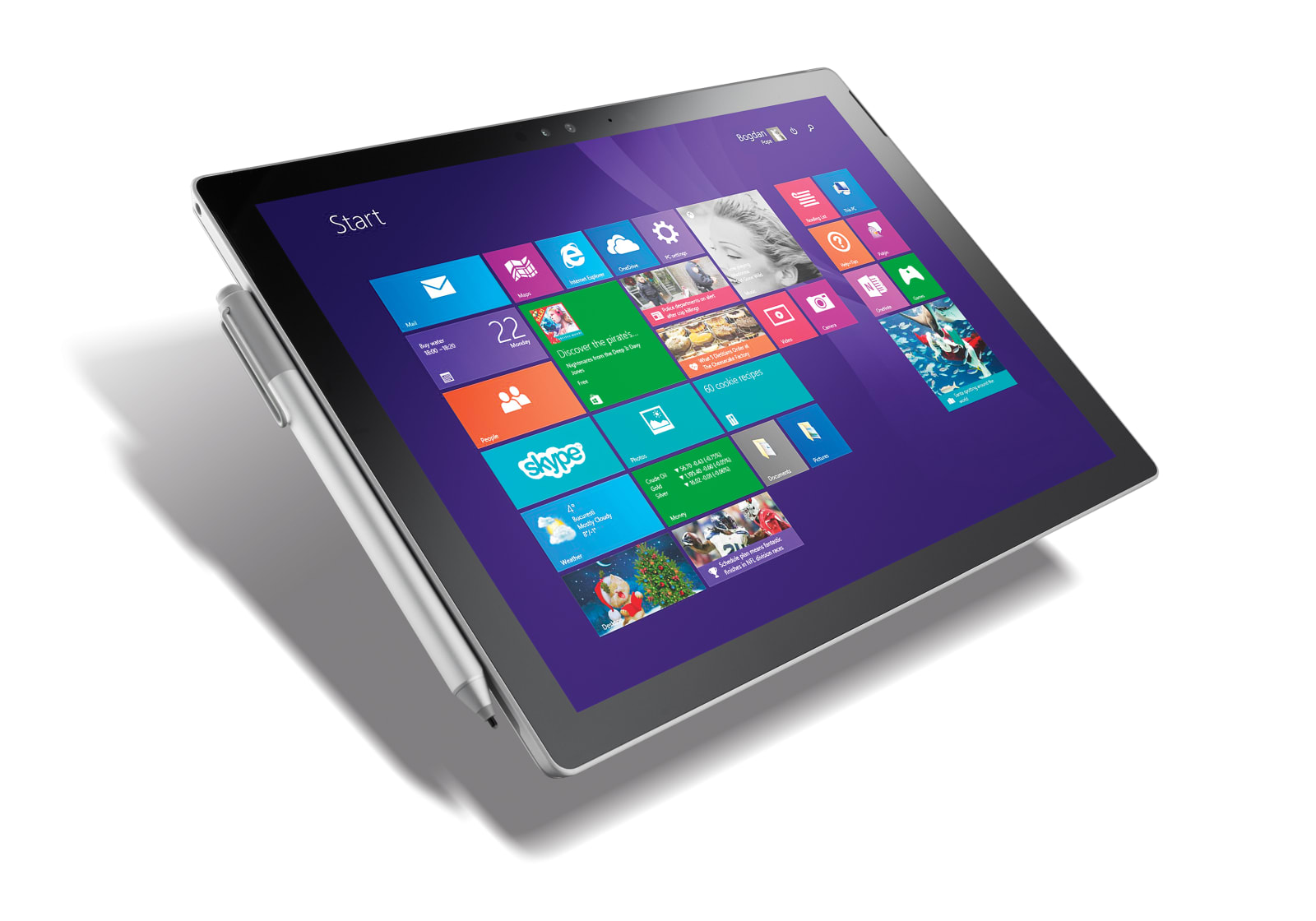 If you were hoping Microsoft's upcoming Shanghai event would be the debut of the Surface Pro 5, we've got some bad news. In an interview with CNET last week, Surface chief Panos Panay explains that the company won't debut another model until there's... 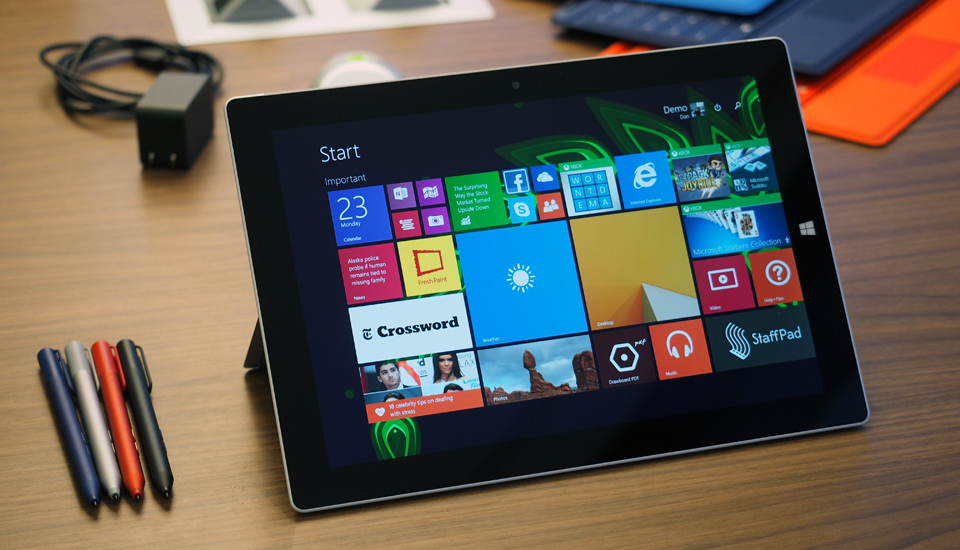 You've heard the rumors: Microsoft axed the launch of a small "Surface Mini" Windows tablet just before the Pro 3 hit stores. Hints of the canceled launch showed up in news articles, Microsoft earnings reports and even the Surface Pro 3's user manu...

It's not the first time we've heard that Surface tablets would be coming in multiple sizes, but Microsoft's Panos Panay offered the clearest indication yet that the line could soon be expanding at a Microsoft Store event in Seattle last night. As GeekWire reports, while Panay didn't get too specific, he did say that Microsoft has "a lot of great things that we are thinking about and working on, and there are multiple aspect ratios and sizes and awesome things to come from Surface." He further went on to confirm that an LTE version of the Surface 2 (but not the Surface Pro 2) would be heading to AT&T in the US and Vodafone in Europe early next year -- something he first mentioned on Reddit last week -- although he again held back on any more specific launch details.

We already know a lot about the Surface tablet line's birthing process. However, Microsoft has only really been comfortable with showing the finished product -- until today. The company's Panos Panay just gave The Verge a peek at some of the earliest prototypes and design decisions, some of which break from the officially rehearsed story. Microsoft had considered multiple PC form factors before settling on Surface, Panay says, and the tablets didn't always have that sharp-angled design: the firm tried curved backs before deciding that the flat surfaces were more reassuring in users' hands. The concept of a keyboard cover appeared relatively soon into the design process, however, and it was mostly a matter of evolution as the all-important peripheral slimmed down and fleshed out. As for the future? While we weren't expecting to hear very differently, Panay confirms that Microsoft is working on multiple future generations of Surface products. At least for now, this isn't a one-off experiment.

Now that the Surface Pro is a fait accompli, there's more than a few questions circulating from prospective buyers. The project's Panos Panay and his team have stepped up to answer them on Reddit, and they've shed some light on just about everything, including later plans. The Pro-specific connectors at the bottom? They're for "future peripherals" that may require more power than the pogo pins do. The short battery life and limited free storage were also purposeful (if difficult) choices, Microsoft says. The company wanted to maximize performance while keeping the tablet reasonably slim, so it couldn't rely on a big battery; it included the space-chewing recovery partition as it wanted to offer the "confidence" of a failsafe rather than leave customers to fend for themselves. While the answers won't appease everyone, they at least put the design decisions in context. Hit the source link to sate your curiosity in full, or at least as far as an Ask Me Anything session allows.

The scene: two dozen journalists file into a small auditorium on Microsoft's Redmond campus. Steven Sinofsky, head of the Windows division, and Panos Panay, general manager of Surface, make their way on stage, each with a tablet in hand. In every audience seat, an elementary-school-style desk with a wrapped parcel placed on top. Inside: a Wonka bar, along with a golden ticket. It's the day before Surface for Windows RT goes up for pre-order, and in addition to sharing some key pricing and availability details, the company is about to give these lucky reporters a tour of the proverbial chocolate factory, the halls where Surface was conceived and tested.

It's an apt analogy, when you think about it: the company's testing chambers and design studios are generally forbidden to people without corporate badges. Even then, relatively few Microsoft employees were aware of the Surface before it was announced to the public. On this day, we're told we'll be turned into giant blueberries -- or, at least, escorted from the premises -- if we wander off or take photographs around the building. There won't be any first-hand recordings today, and no fresh hands-on material. There are more than 200 custom-made parts inside the Surface, say Microsoft reps, and nothing is there by accident. We're here to learn more about the specs, as always, but also to get some insight into how Surface came to be: what compromises were made, and what design ideas were abandoned along the way. If gadget porn is what you're after, you can revisit our first look from June. But if things like display technology and hinge design float your boat (and why wouldn't they?) you'll want to meet us after the break for a more detailed explanation of what Microsoft was trying to achieve.

Microsoft Surface: inside the three-year secret project to build the first great Windows tablet originally appeared on Engadget on Tue, 16 Oct 2012 11:00:00 EDT. Please see our terms for use of feeds.