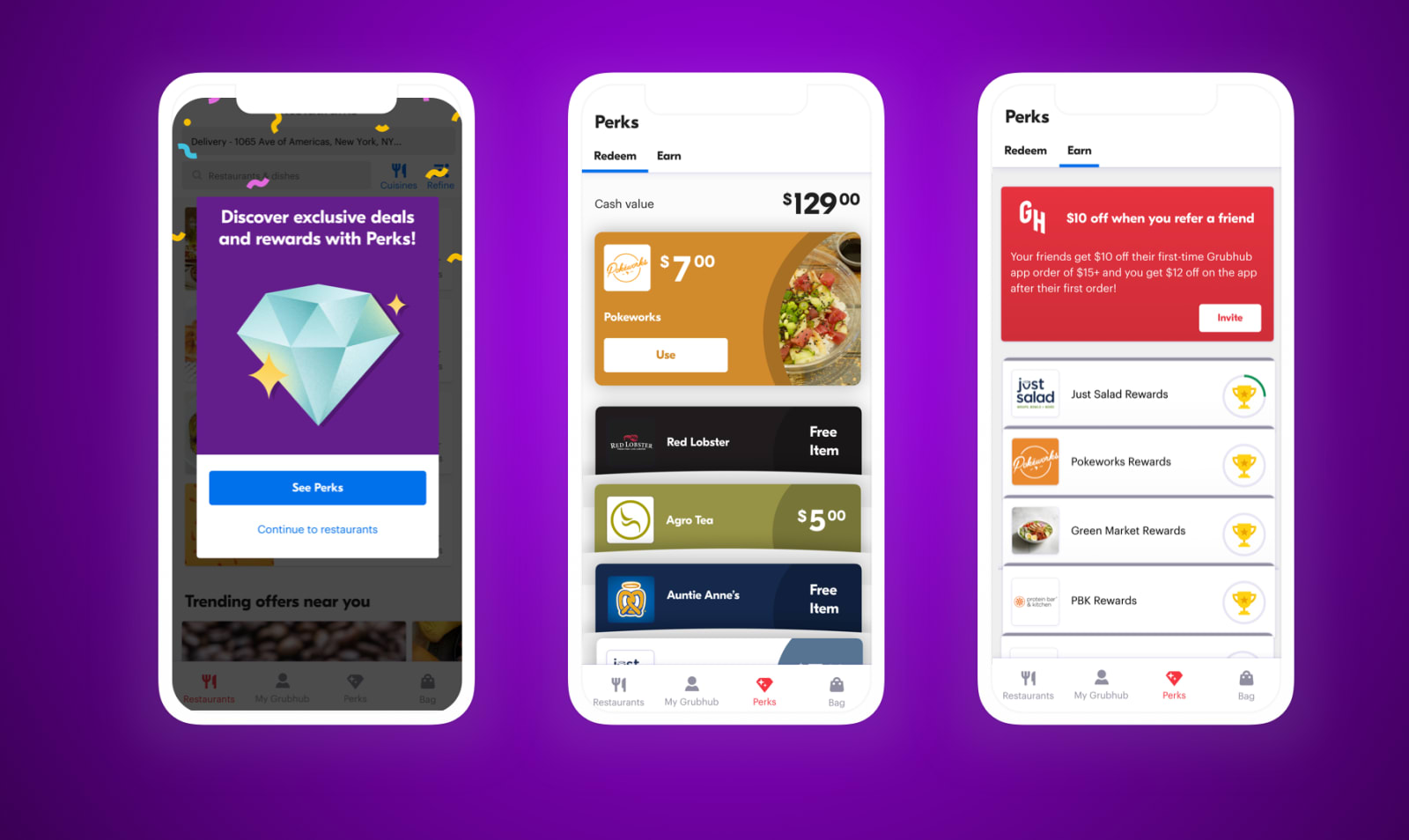 GrubHub's most frugal consumers will have to look no further than the food delivery app's new "Perks" tab. The company announced today that it is combining two features -- coupons and discounts on meals and restaurant-specific loyalty programs -- all... 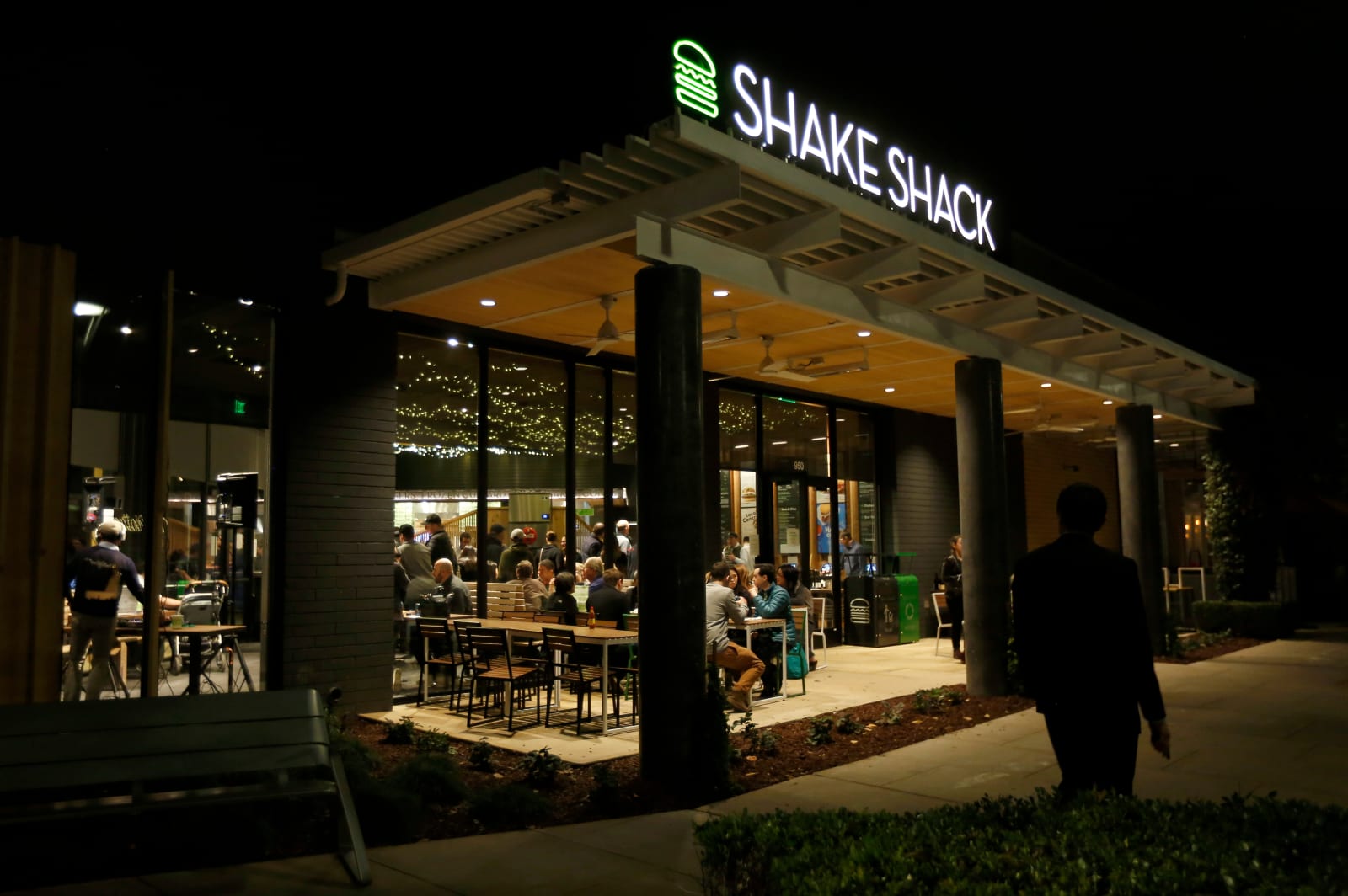 Sometime soon, you won't necessarily need to wait until the buzzer in your hand goes off to know when your food is ready at Shake Shack. The popular burger chain is teaming up with Grubhub for nationwide delivery across the US. 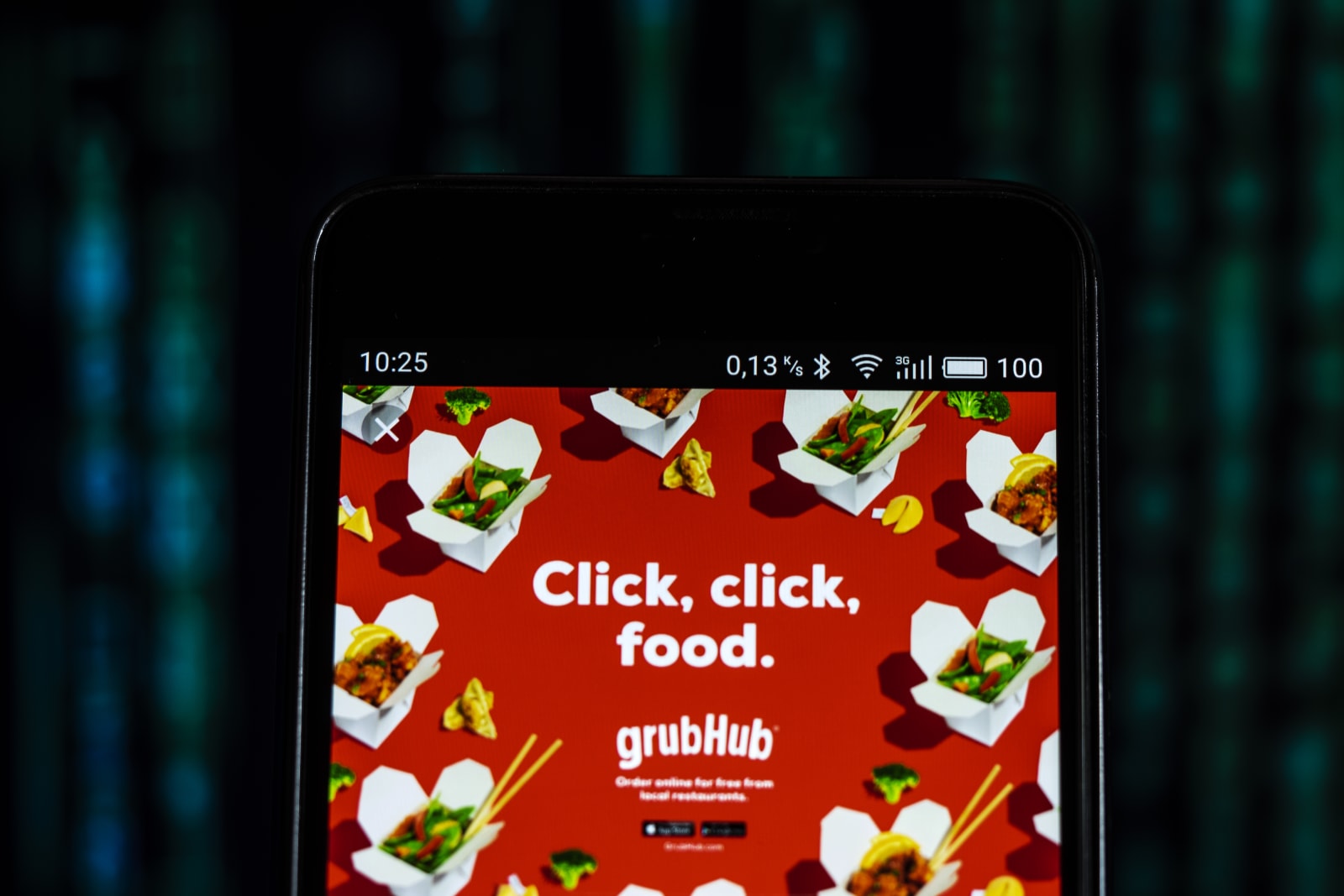 GrubHub's bid to conquer app-based food delivery may be hurting the web presences of the restaurants themselves. New Food Economy has discovered that GrubHub and its Seamless sub-brand have been acquiring "thousands" of web domains linked to restaur... 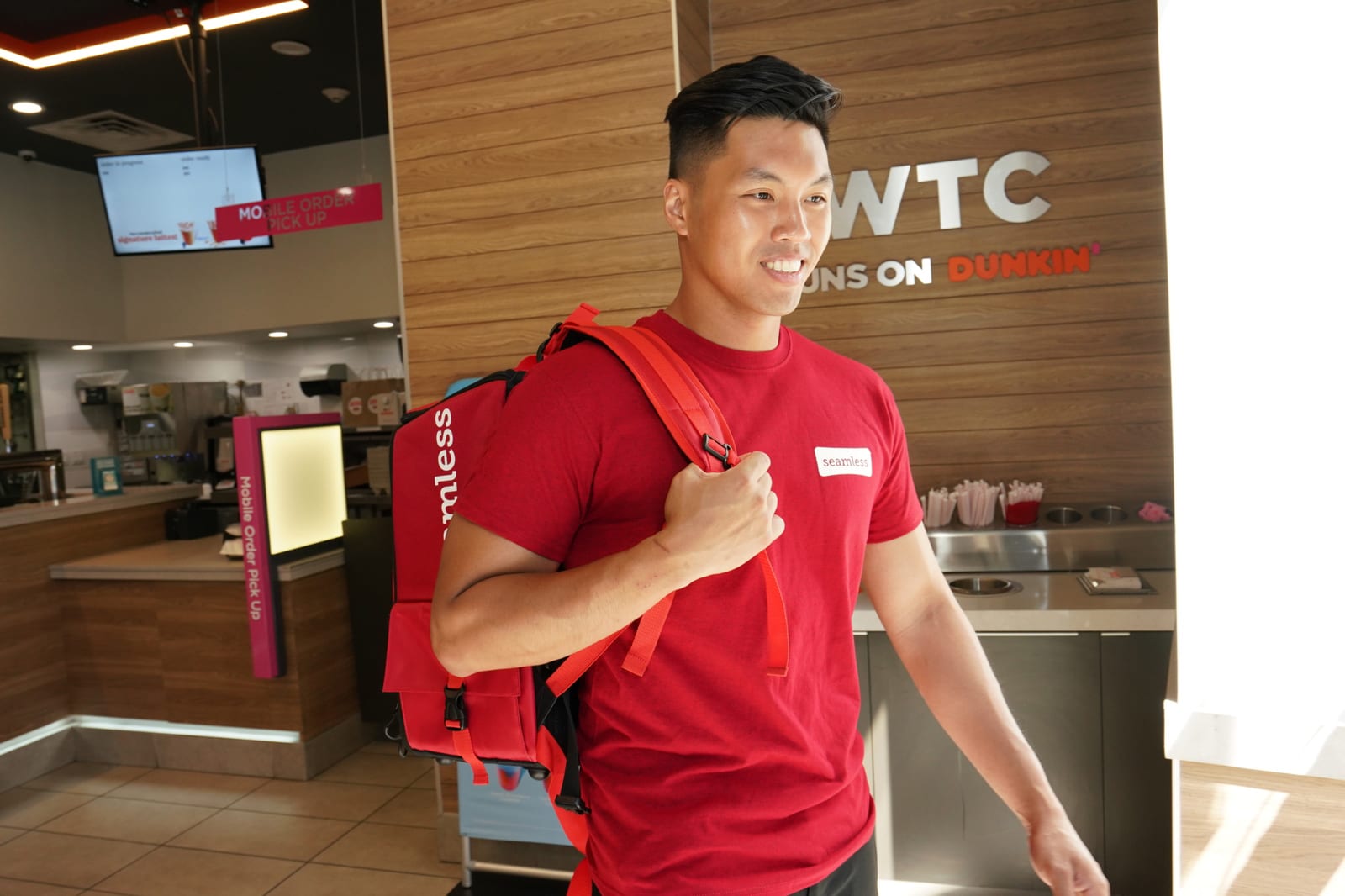 If you're craving donuts but can't step outside to get them, some extra relief might be at hand. Grubhub is rolling out the option to order from Dunkin' through its apps, starting with Seamless customers in New York City. It'll reach other markets... 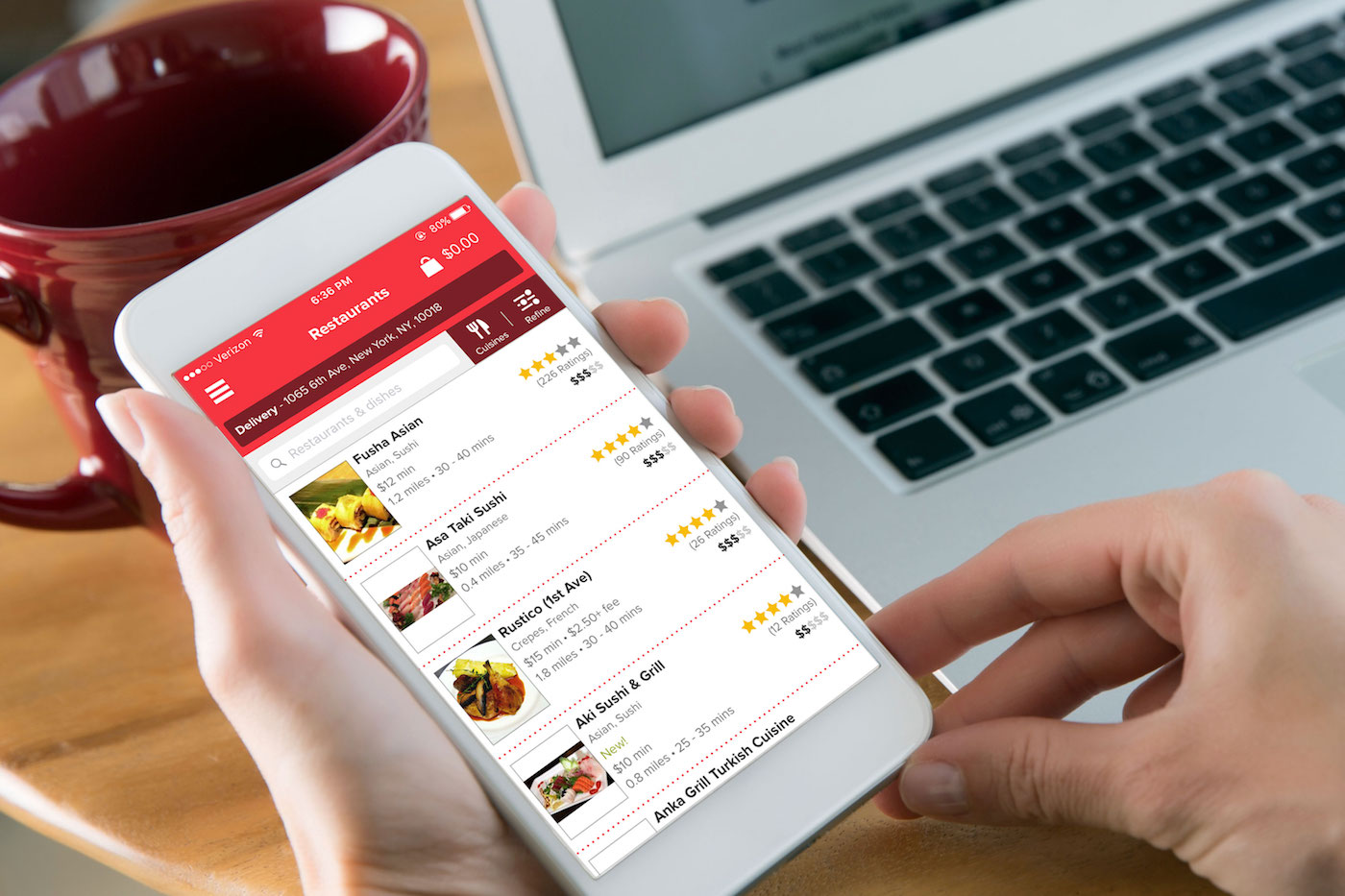 GrubHub makes it pretty easy to scrounge up food when you don't feel like picking it up yourself, and now the food-delivery company wants to extend that to how you eat when traveling. Travel site TripAdvisor has announced that starting today, when yo...

GrubHub makes it pretty easy to scrounge up food when you don't feel like picking it up yourself, and now the food-delivery company wants to extend that to how you eat when traveling. Travel site TripAdvisor has announced that starting today, when yo...

Giraffic is a famous name when we talk about Adaptive Video Acceleration (AVA). They are going to present their new virtual reality related technology in the consumer electric show 2017.They are...

Seamless and GrubHub, two of the biggest food delivery services in the US, have just announced they'll be merging into a combined company, with the name of the new operation to be decided at a later date. (SeamHub? Grubless?) Unlike some other transactions we cover around here, this does seem to be a merger in the truest sense of the word, with GrubHub founder Matt Maloney stepping up to the role of chief executive officer and Seamless CEO Jonathan Zabusky staying on as president. Though we don't yet know what the new service will be called, the companies are already saying it will serve 500-plus US cities, with more than 20,000 restaurants taking orders. Also, as hinted in that press release below, the merger will give the new mega-company more financial flexibility when it comes to further growth opportunities. Next up: Delivery.com?

Via: The Next Web

Creating a seamless display in a foldable device can go a long way towards selling customers on the notion that two screens are better than one: otherwise, you end up with a disjointed effect. Samsung has been trying to solve that problem for years, but a newly-granted US patent could represent one of its more direct answers. The technique would put smaller yet bright pixels right at the joints between two displays, letting Samsung push the screen borders closer together while ramping up the brightness to have those edge pixels blend in with the rest. As Samsung would rely on self-lit display technologies like OLED, it could tune the brightness of those tiny pixels relatively easily, without having to lean on complex backlighting. Given that the patent was originally filed in South Korea back in 2006, there's no indication that Samsung is in a rush to start producing foldable phones and tablets. Having a US patent under its belt right as larger mobile OLED screens become viable, however, could come in handy.