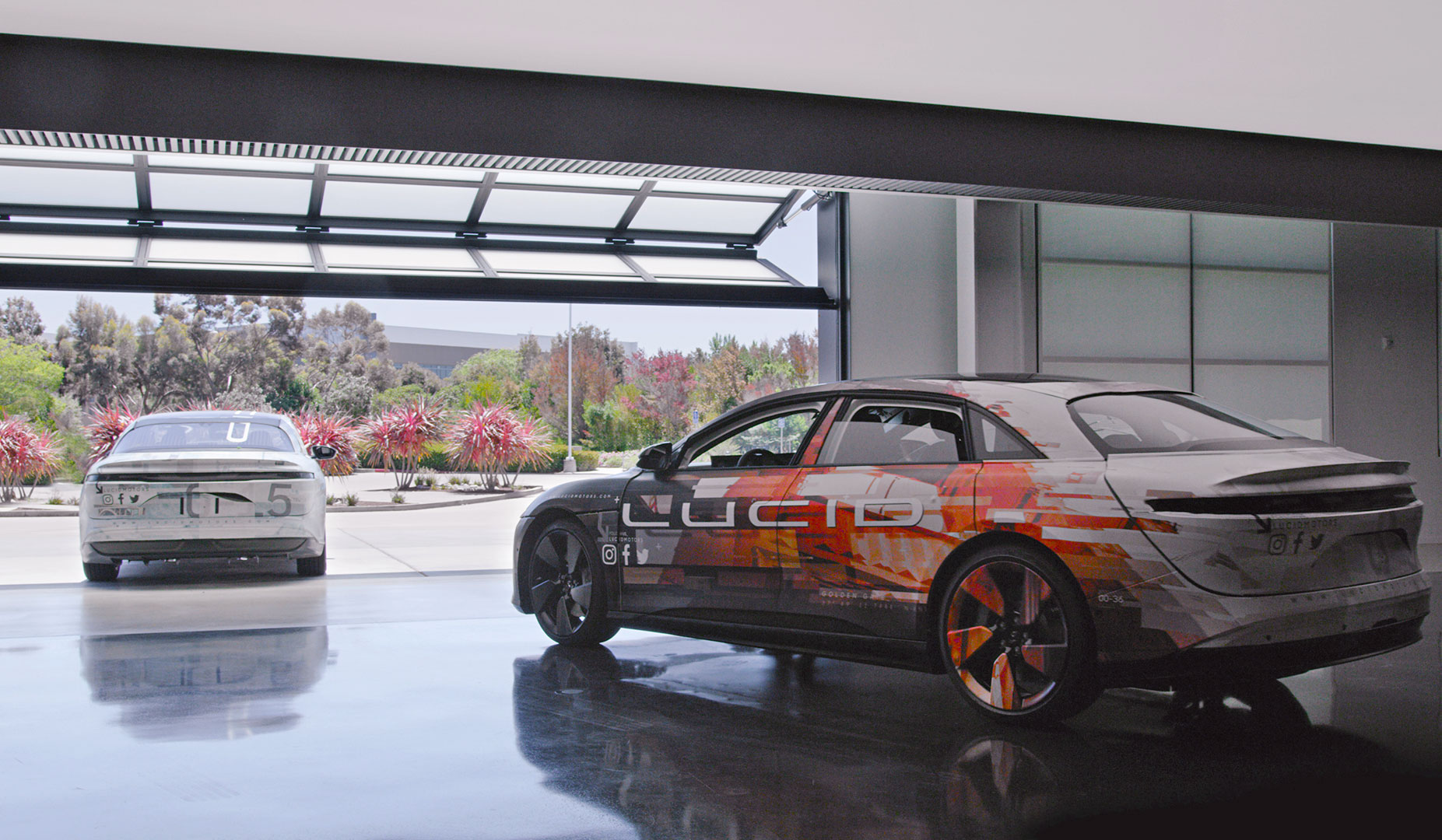 Once again, Lucid Motors is ready to unveil a production version of its electric sedan, the Lucid Air. The company originally planned to debut the luxury EV in April at the New York Auto Show, but due to the pandemic, those plans were put on hold. No... 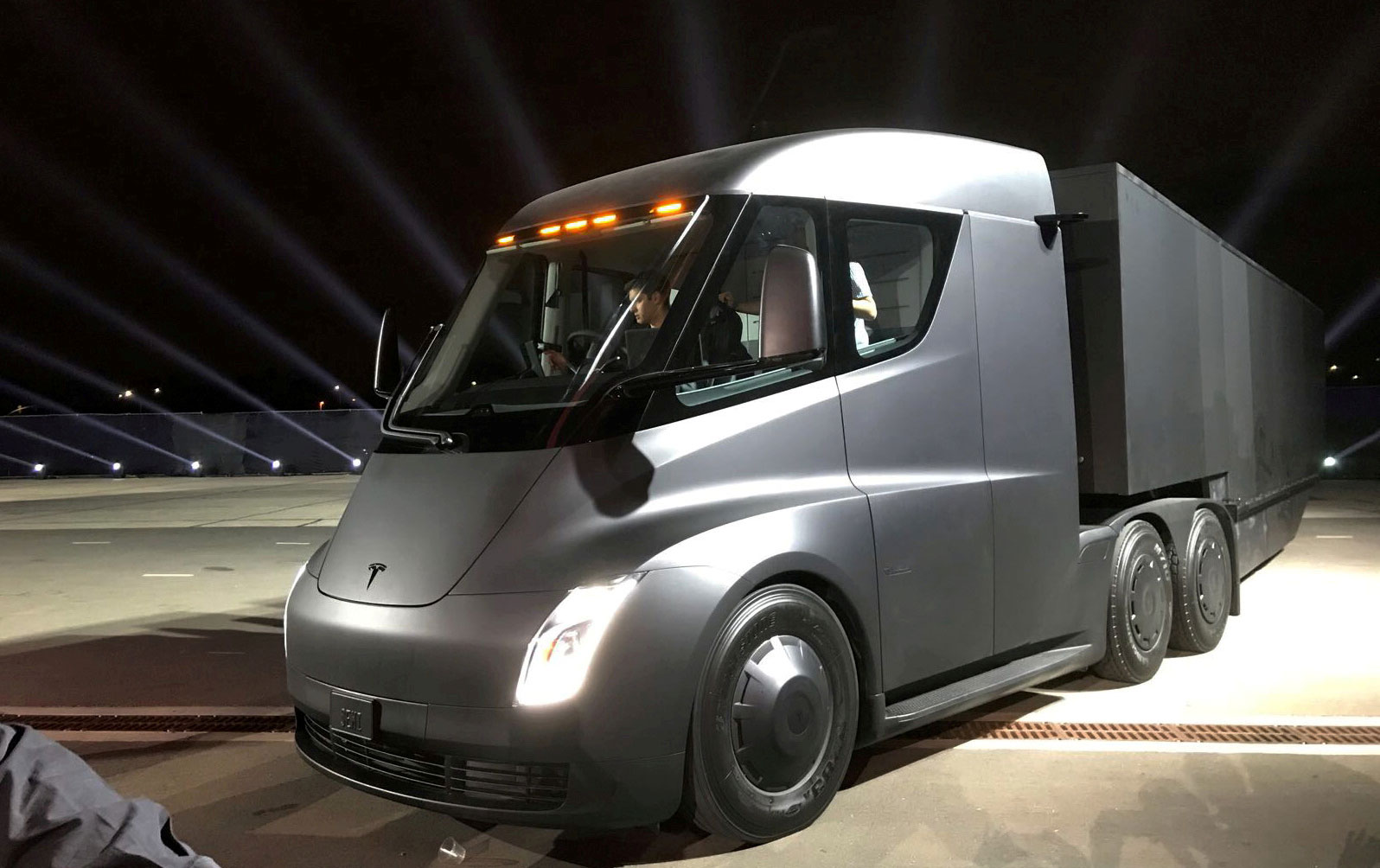 The Concept 1 from Zooz shatters the very perception of what a motorcycle should look like. Designed with the appearance of the skeleton of an e-bike, the Concept 1 feels like someone took a motorcycle and Marie Kondo’d the heck out of it… but within it sits a powerful 72-volt QS Motor, a controller, and under-slung battery pack jammed with Samsung 35E cells that allows the Concept 1 to travel at speeds of 60mph while weighing a mere 85lbs.

The Concept 1 is literally a design hybrid, with a front, seat, and back styled to look like a motorcycle and wheels to match… but with the most bare-basics metal-piping frame in the middle. “The purpose is to challenge the thinking of the audience,” says Zooz co-founder Chris Zahner. “It’s a bit of a poke in the eye, to force you to consider something new. The amazing thing about electric bikes is how simple they are. Motors, heat exchangers, exhaust systems and gas tanks are requisite masses on combustion motorcycles. But the electric motorcycle can leave a whole lot more room for interpretation, by minimizing the number of elements necessary.”

The result is a two-wheeler that is, on paper, an electric motorcycle… but visually challenges the very notion of what an electric motorcycle’s design language should be. For Zooz, the Concept 1 is just a one-off prototype that was designed to work as a proof-of-concept. Now that Zahner knows that it’s possible to create something so ground-breakingly minimal, he hits at more viable, consumer-ready models in the pipeline… although I’m not sure that the world is ready for something this deceptively thin and game-changing! What do you think?! 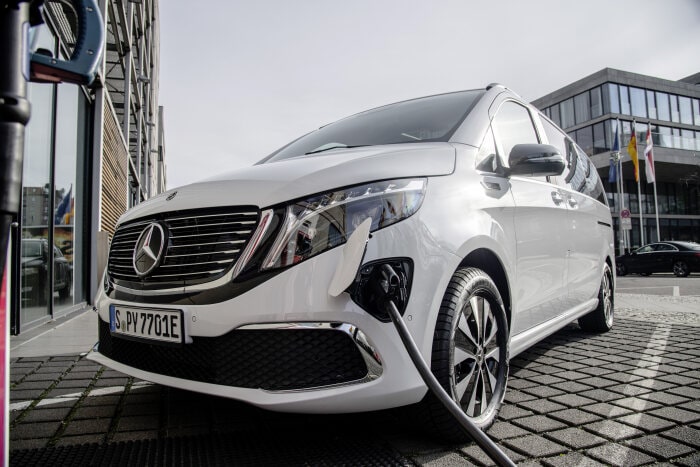 Mercedes’ EQV electric van is now available for sale in Europe. You can order the high-end electric van starting at €71,388 (about $78,352). Until now, the only vehicle available from Mercedes’ all-electric EQ line was the luxury EQC, so this is a no... 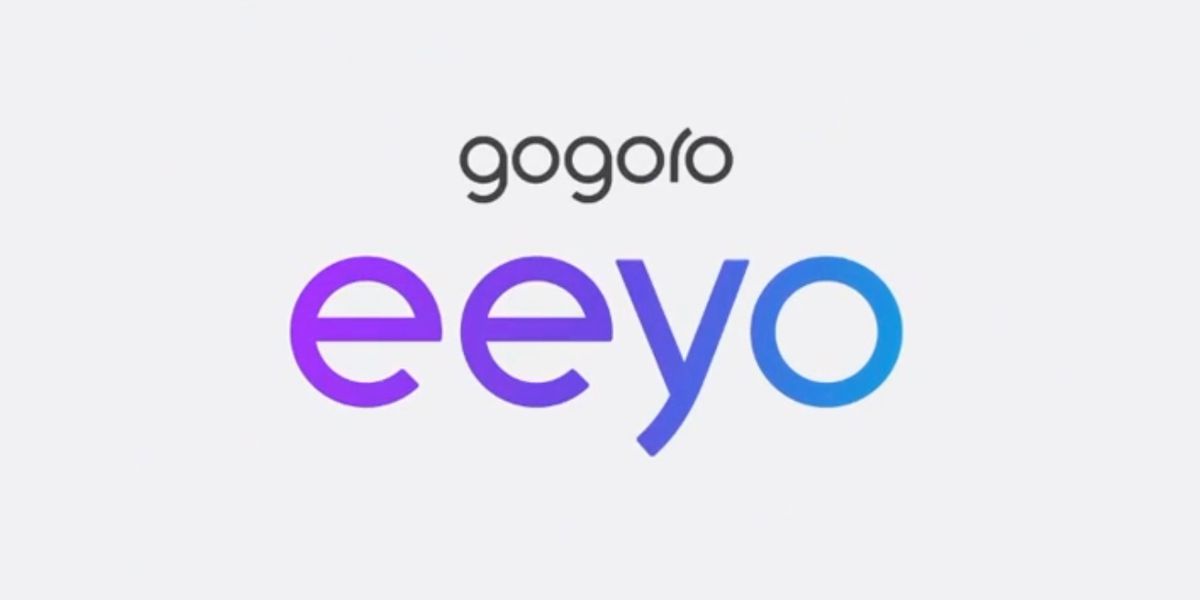 Gogoro is well known for its e-mopeds that are equipped with swappable batteries -- at least in its native Taiwan. The company announced today that it’s finally coming to the US, albeit in a different form. Gogoro’s new sub-brand, Eeyo, won’t focus o...

While hundreds of thousands of people put down a $100 deposit for an opportunity to buy Tesla’s Cybertruck when it eventually goes into production, I’d bet that only a small portion of those people will actually end up buying one when they find out the true retail price. If you’re looking to buy a Cybertruck, but have a more limited budget, then check out these miniature versions from Hot Wheels. 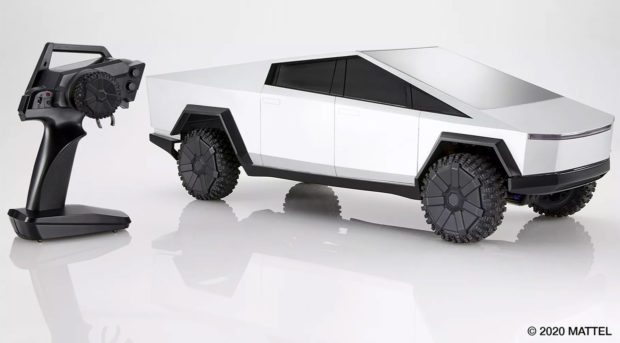 Mattel and Tesla partnered up to create two tiny Cybertrucks, both of which can be remotely controlled. There’s a 1/10th-scale version ($400) that looks nicely detailed, and can hit scale speeds up to 250 mph. It’s got an all-wheel drivetrain, along with a telescoping tailgate that folds out to form a loading ramp just like the real truck. It even comes with a removable cracked window vinyl sticker because someone involved in the project actually has a sense of humor. 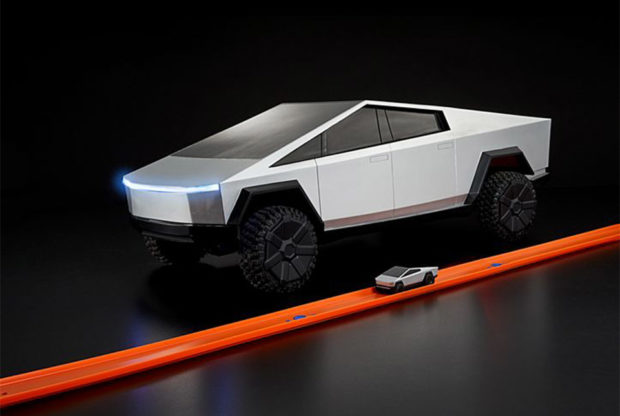 Then there’s the smaller 1/64-scale Cybertruck ($20), which isn’t as detailed, but still looks like fun. It’s a two-wheel drive miniature, and can hit scale speeds up to 500 mph. Best of all, it’s right-sized to race on any Hot Wheels track, so you can do loop-de-loops in this truck. Just like the real Cybertruck, both of these vehicles run entirely on batteries. 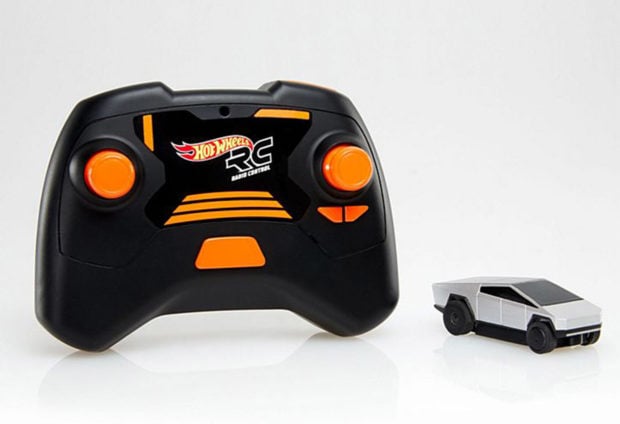 Both models are expected to ship in December, 2020. It looks like the larger version has already sold out, but Mattel is accepting names on a waiting list in case they decide to make more. The smaller Cybertruck is still available for pre-order as of this writing. 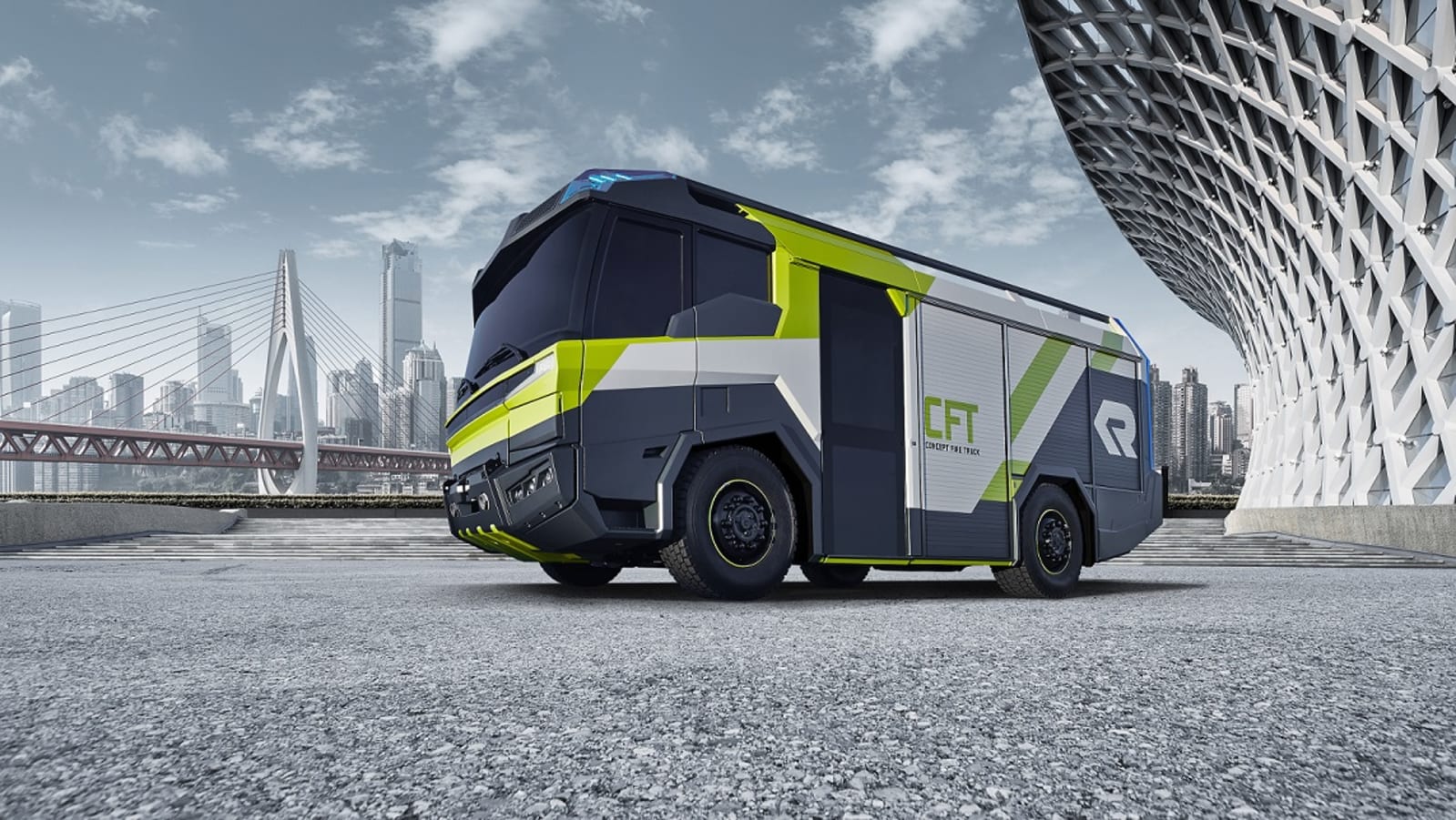 The Los Angeles City Fire Department (LAFD) will be the first department in North America to purchase an electric fire truck. It's confirmed that it has put in an order for a model from Austrian-based manufacturer Rosenbauer, and will take delivery o... 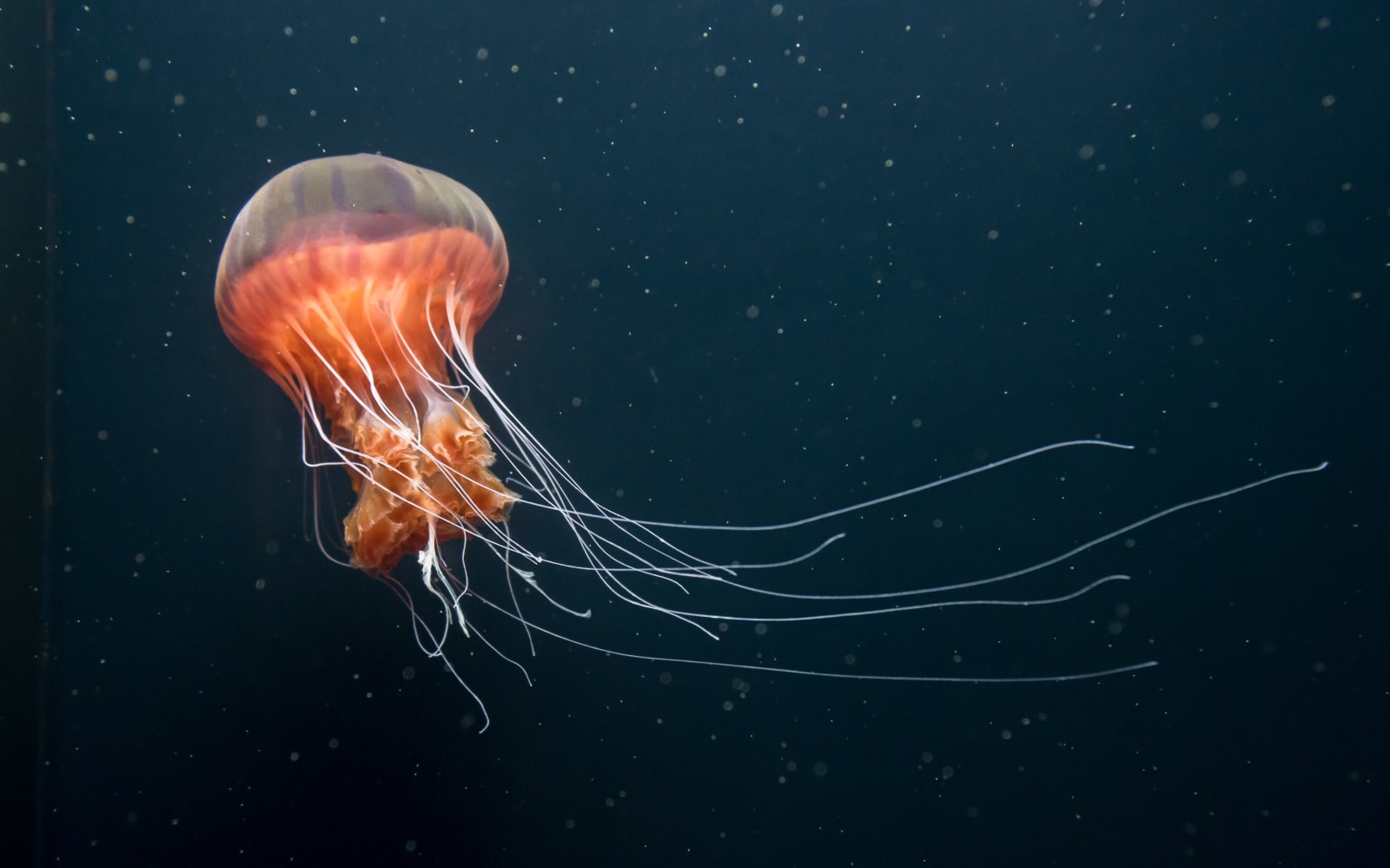 Scientists at Caltech and Stanford University want to turn jellyfish into deep-sea explorers that could be directed around the ocean, recording info as they travel. In a paper published in the journal Science Advances, the team explains how they've d... 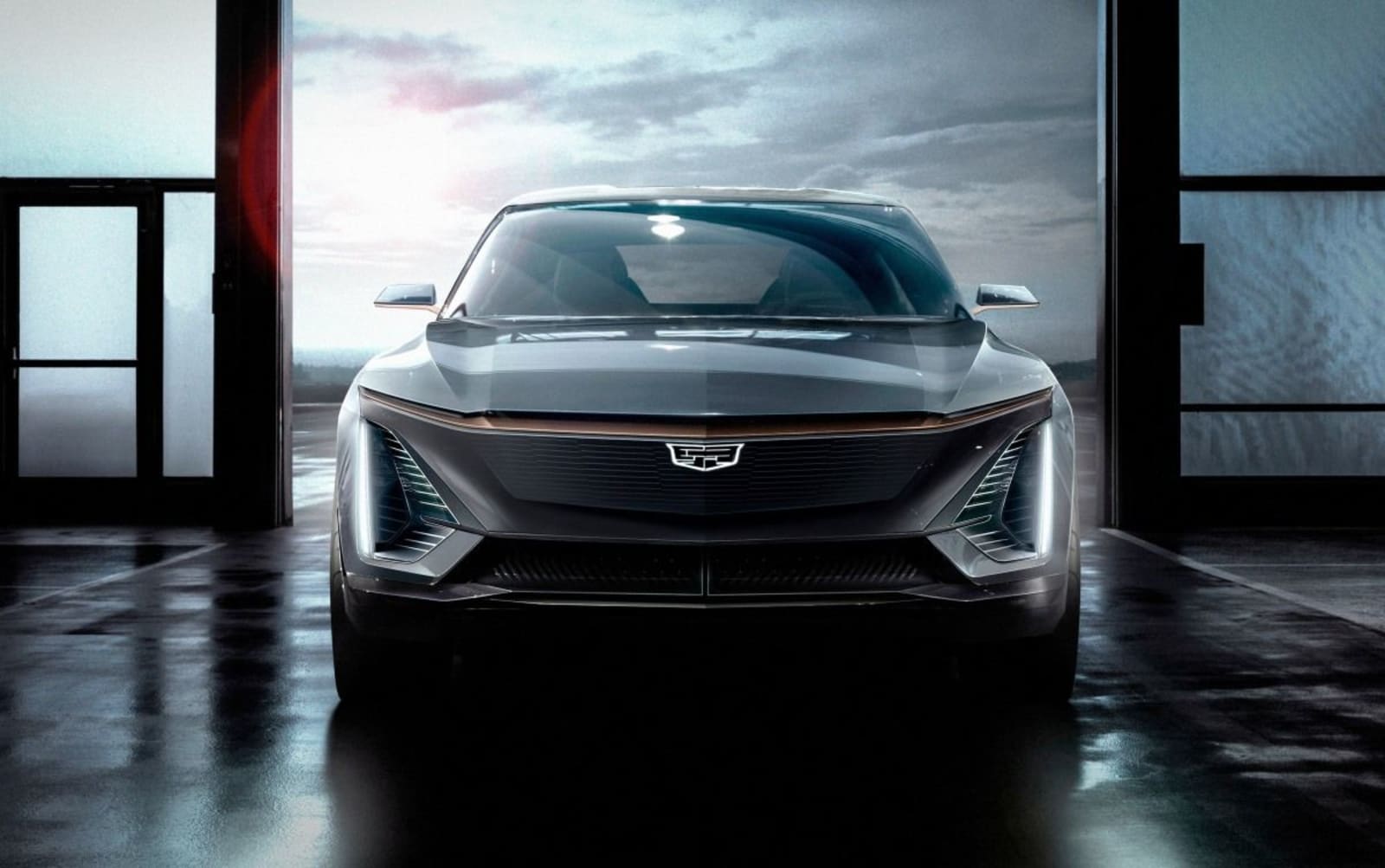 If you're waiting for big companies to reduce their carbon emissions, you can forget about 2020. Apparently, 2030 is when we'll start to see changes. That's the year Amazon wants to make half its shipments carbon-neutral and Microsoft promises a 75 p...

Say what you will about Elon Musk, the man knows how to build hype and get people talking. As soon as the media buzz about the 2019 LA Auto Show died down, the PayPal, SpaceX, and Tesla founder conducted his own invitation-only event to show off his latest creation, Tesla’s much-anticipated pickup truck, officially dubbed the Cybertruck.

What many of us expected was something that looked like a modern pickup truck without a grille. What we got was just this side of insane. 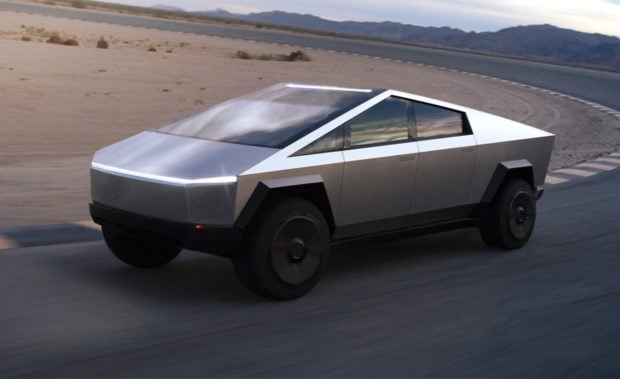 My gut reaction to the angular and unconventional design of the Cybertruck was that it was downright ugly. Then I took a moment to stand back and reflect. We live in a sea of design homogeneity, with government regulations and focus groups driving product design as much as anything. But the Cybertruck bucks convention in just about every way, giving us a vehicle that looks more like something off of the set of Judge Dredd than a vehicle you’d expect to see driving around the ‘burbs in 2022. So I will give it to Musk… he clearly is thinking outside of the box. 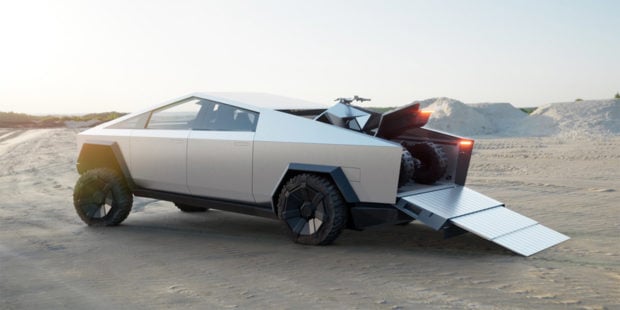 Tesla is making some very lofty claims about the Cybertruck’s capabilities too. Depending on the model you buy, towing ability ranges from 7500 to 14000 pounds, with cargo capacity up to 3500 pounds. Driving range starts at 250 miles in the single-motor RWD version, with up to 500 miles of range in the tri-motor AWD version. And Elon is talking 0-to-60 times as fast as 2.9 seconds or less. That’s crazy talk… or is it amazing talk? 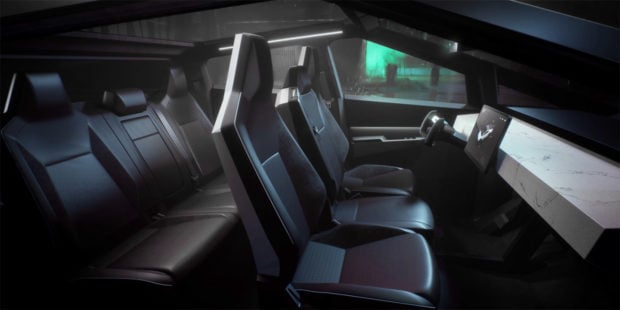 With pricing starting at $39,900 for the base model, $49,900 for the dual-motor AWD, and $69,900 for the tri-motor AWD, I simply can’t figure out how they could afford to include the amount of battery capacity Tesla will need to pull off those aforementioned feats, but if anyone can do it, it’s Elon and crew. It’s got a stripped-down interior, with no mechanical gauges, and a single digital display in the center of the dash. Plus, its primitive body design is likely much easier to produce than the typically-curvaceous and frilly modern truck, so they’ll save money in other places. 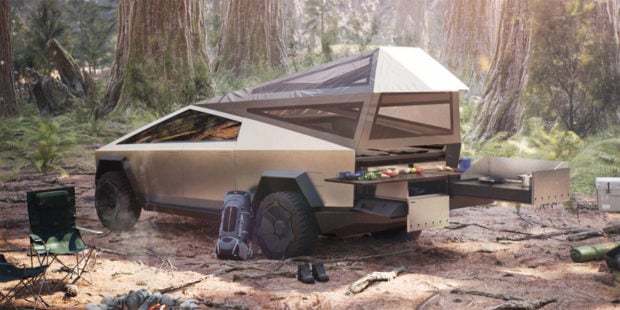 At the same time that I want to be excited about the claims about power, performance, range, capability, and price, there’s still a lot to be worked out before Tesla can put what is clearly a concept vehicle into production. For example, where are the mirrors going to go on this thing? And can those wheels and tires actually be produced? What happens to the range and performance numbers with any payload? Lots of unanswered questions for sure. 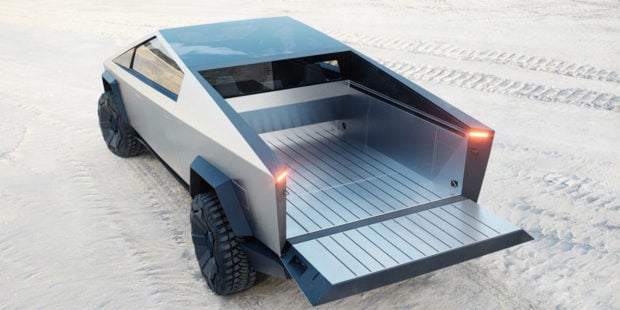 But here’s the thing. As insane as the Cybertruck might look, or as implausible as its stats sound on paper, we all have to remember that progress and change sometimes need to really shake things up to shift mindsets and create momentum. So today, I raise my glass (and my vape pen) to you, Elon Musk:

“Here’s to the crazy ones. The misfits. The rebels. The troublemakers. The round pegs in the square holes. The ones who see things differently. They’re not fond of rules. And they have no respect for the status quo. You can quote them, disagree with them, glorify or vilify them. About the only thing you can’t do is ignore them. Because they change things. They push the human race forward. And while some may see them as the crazy ones, we see genius. Because the people who are crazy enough to think they can change the world, are the ones who do.” – Steve Jobs

Oh Geez. Turo Is Sharing a Rick and Morty Mortymobile
The Beetl Robot Is Designed to Pick up Dog Poop
Cat Head Chargers: For Purring up Your Gadgets
This Drone Has Legs and Can Walk
Ford Made a Sweaty Robot Butt to Simulate Sweaty Human Butts