Whilst gym equipment may look right at home in… well, a gym, it does clash with the décor of most domestic settings. Seeing as we certainly don’t need another excuse not to exercise, it’s about time we have a more desirable alternative to all that clunky equipment! The solution is FUORIPISTA, a piece of fitness equipment that is undoubtedly an aesthetically pleasing object while meeting our functional demands.

FUORIPISTA’s transparent legs achieve a visually light design so it can sit unobtrusively within the room. These legs have been paired with a wooden body that makes up the frame of the bicycle; with the design being treated in a manner that complements the existing furniture within the room instead of standing out and creating disharmony.

FUORIPISTA also maintains its functionality and usability; with a tablet mounted on the handlebars to take you to any destination you want to while working out in your living room, you now have no excuse not to exercise at home! 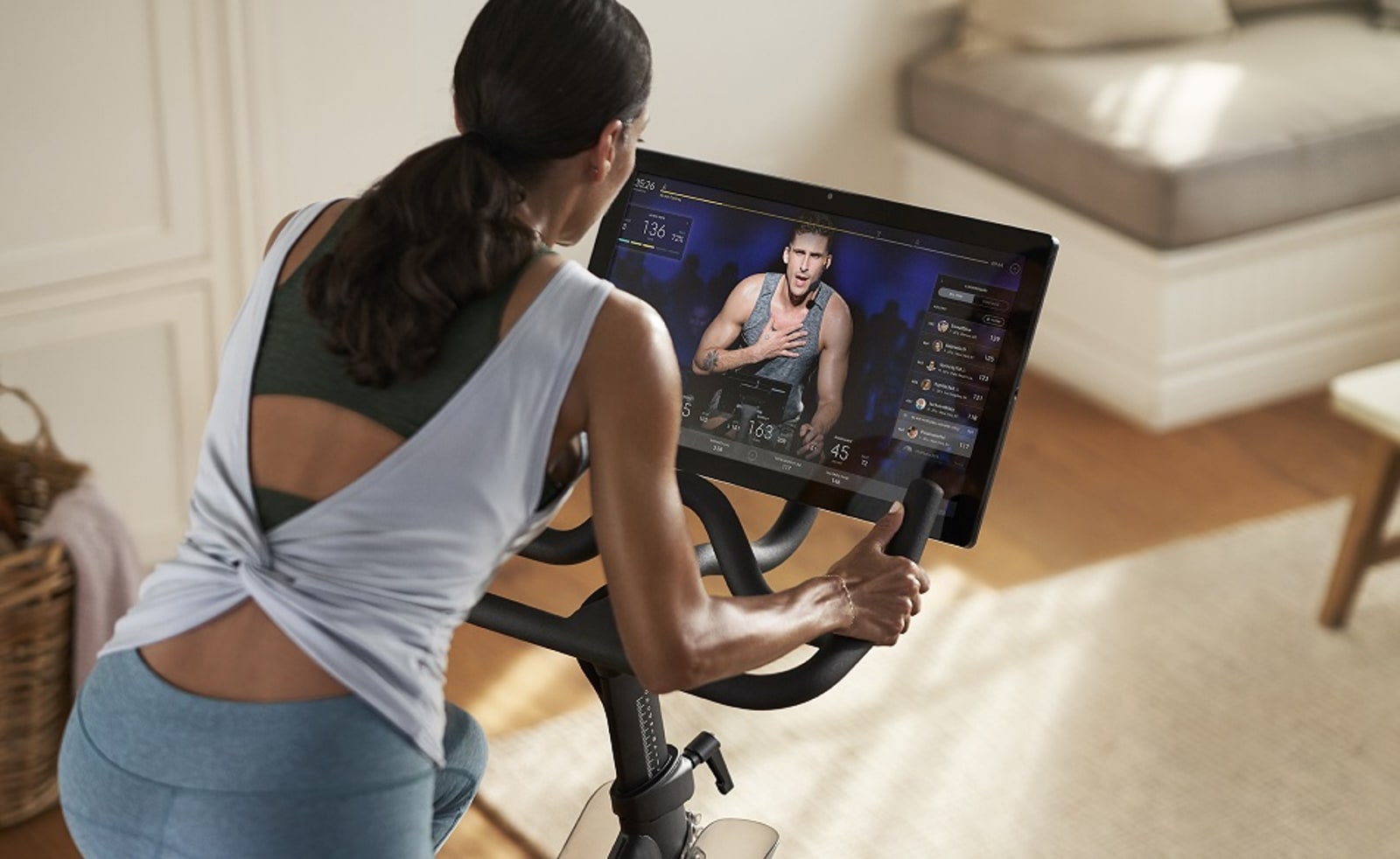 Connected exercise bike maker Peloton was hit with a $150 million lawsuit last month for playing unlicensed music, and now its customers are feeling the fall out. Owners of the machines, which cost up to $4,000 each, have taken to the internet to com...

Binge watching your favorite shows is making you soft and doughy, but that’s okay – the Cycflix is here to help. Basically, the Cycflix is an exercise-powered home entertainment system that makes you workout for the right to watch Netflix. 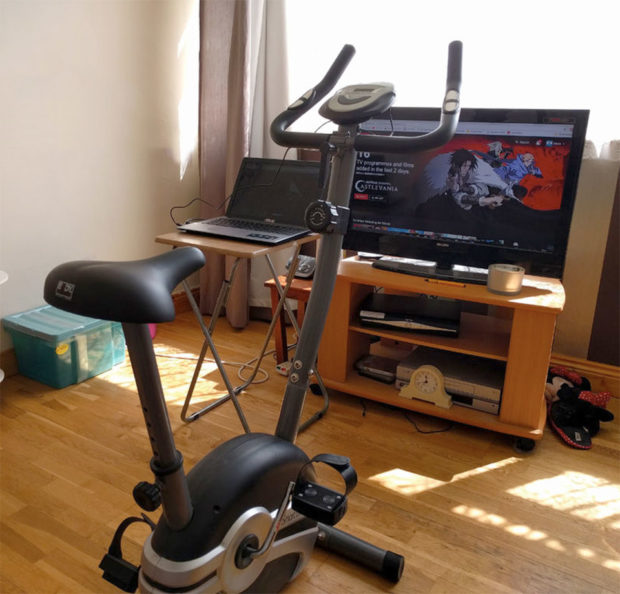 You just fill in your workout routine, select the movie or show you want to watch, and the device will load the title in Netflix. Once you start training and reach your desired tempo, the show will start streaming. If you fall behind, Cycflix will cut off the entertainment. If you want to watch, you have to work for it.

It was developed by engineering student Ronan Byrne, who used an Arduino Nano to connect between his exercise bike and his PC. If you want to build one for yourself, he’s posted the details over on Instructables.

Netflix and sweat anyone?

[via The Next Web]

So this is what it has come to. Your kid spends like 20 hours a day on his or her tablet, eating HoHos and DingDongs and mainlining Mountain Dew, while snorting Pixie Dust off the backside of your PS4. So naturally, tons of kids are all obese now. Good job. You could have simply limited their time on their digital devices and introduced them to the outside world so they could get some exercise and play time. Well, Fisher Price is here to help where you as a parent have failed. It’s a tablet holder that doubles as an exercise bike for kids. The Think & Learn Smart Cycle uses video games to trick out of shape kids into shaping up. It wirelessly connects to a tablet mounted on its handlebars via Bluetooth, letting youngsters control one of four downloadable iOS or Android games through the speed of their pedaling. Fisher-Price will add more apps in the future, which will expand on the educational focus of the original four that help teach reading, math, science, and social studies. The $150 Think & Learn Smart Cycle can also be connected to a larger screen using apps running on hardware like an Apple TV or smart televisions that support Android TV. So here’s the problem: You’re still reinforcing the same bad behavior – the idea that kids have to be glued to their tablet screens all day. So, let’s say you get the not-obese child of your dreams thanks to this thing? Well, that just means you have a skinny zombie instead of a fat one. Perhaps an actual bicycle would be a better idea. Let’s face it, tiny cyclocomputers are for noobs! If you want to see your stats clearly or if you want …

We know you've got questions, and if you're brave enough to ask the world for answers, then here's the outlet to do so. This week's Ask Engadget inquiry is from Mårten, a self-styled Swedish geek with a love of statistics who wants to make a lifestyle change in 2013. If you're looking to ask one of your own, drop us a line at ask [at] engadget [dawt] com.

"I'm looking for a recumbent exercise bike that's able to hook up to a smartphone or tablet. That way, I could also hook it up to my Withings scale and my ANT+ (Bluetooth 4.0) chest strap. I've got a need to loose weight, so could your readers tell me if they've found anything similar on the market? Thanks!"

Well Mårten, we struck out looking for bikes that just had tablet docks, but you can always just pick up a holder like the Scosche IPD2FR -- which would do a similar job. Of course, perhaps the throng of Engadgeteers will know better, and if you do, let us know downstairs.

Canadian modder Brent Smith has managed to connect an aging exercise bike to Nintendo's perennial racer. Naturally, there's some Arduino involvement, but the whole setup plugs directly into an original SNES console -- no emulation necessary. Power-ups are accessed with a button in the center of the exercise bike's handles, each of which has a directional button for steering, while the pedals function as the acceleration button, accurate to one sixth of a rotation. According to Smith, "it's a lot harder than it looks" -- and we believe him. Watch his test-drive kart plow off-track in the video demo after the break.

Exercise bike connects to original Mario Kart, Rainbow Road shortcut gets even trickier (video) originally appeared on Engadget on Mon, 16 Apr 2012 05:02:00 EDT. Please see our terms for use of feeds.