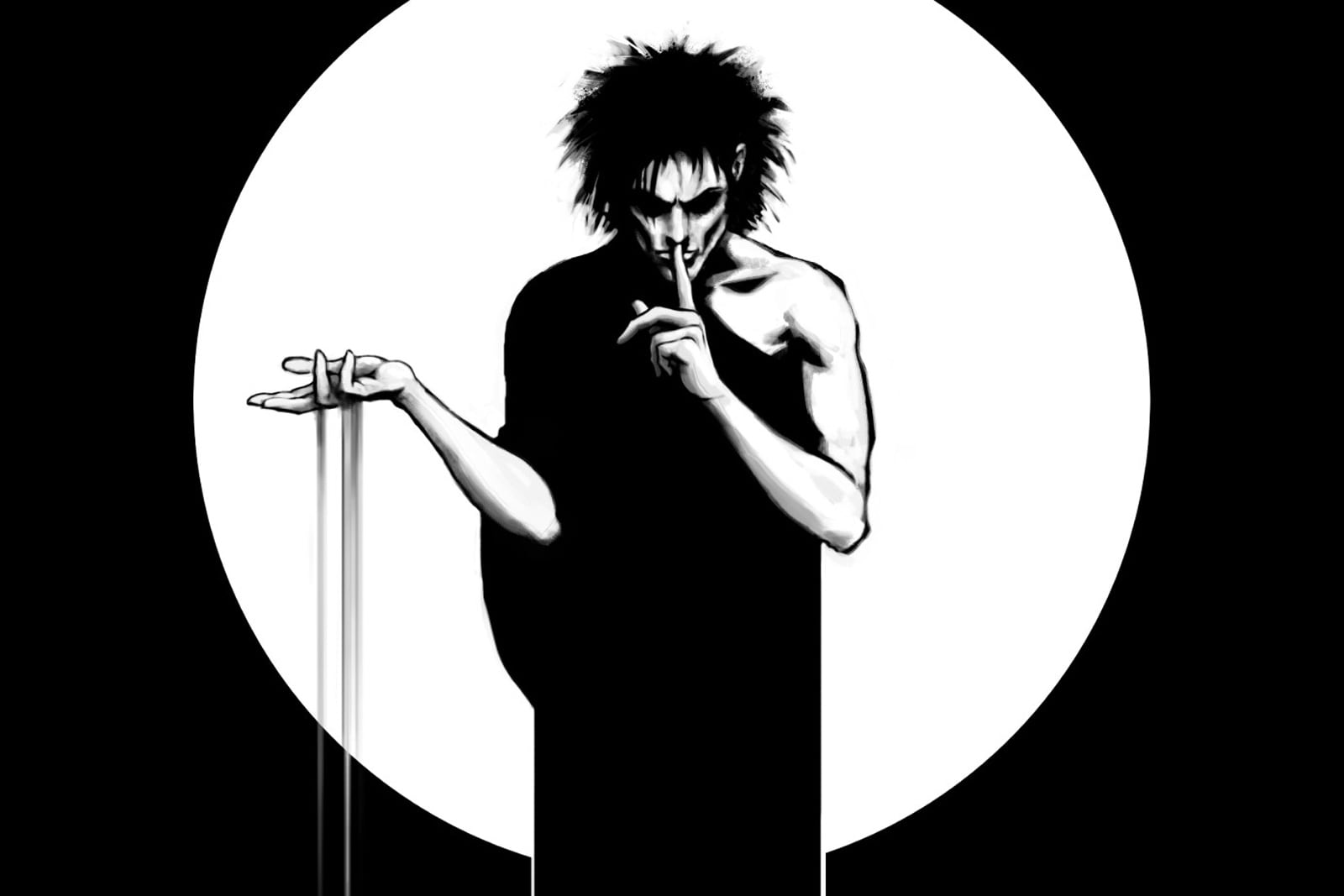 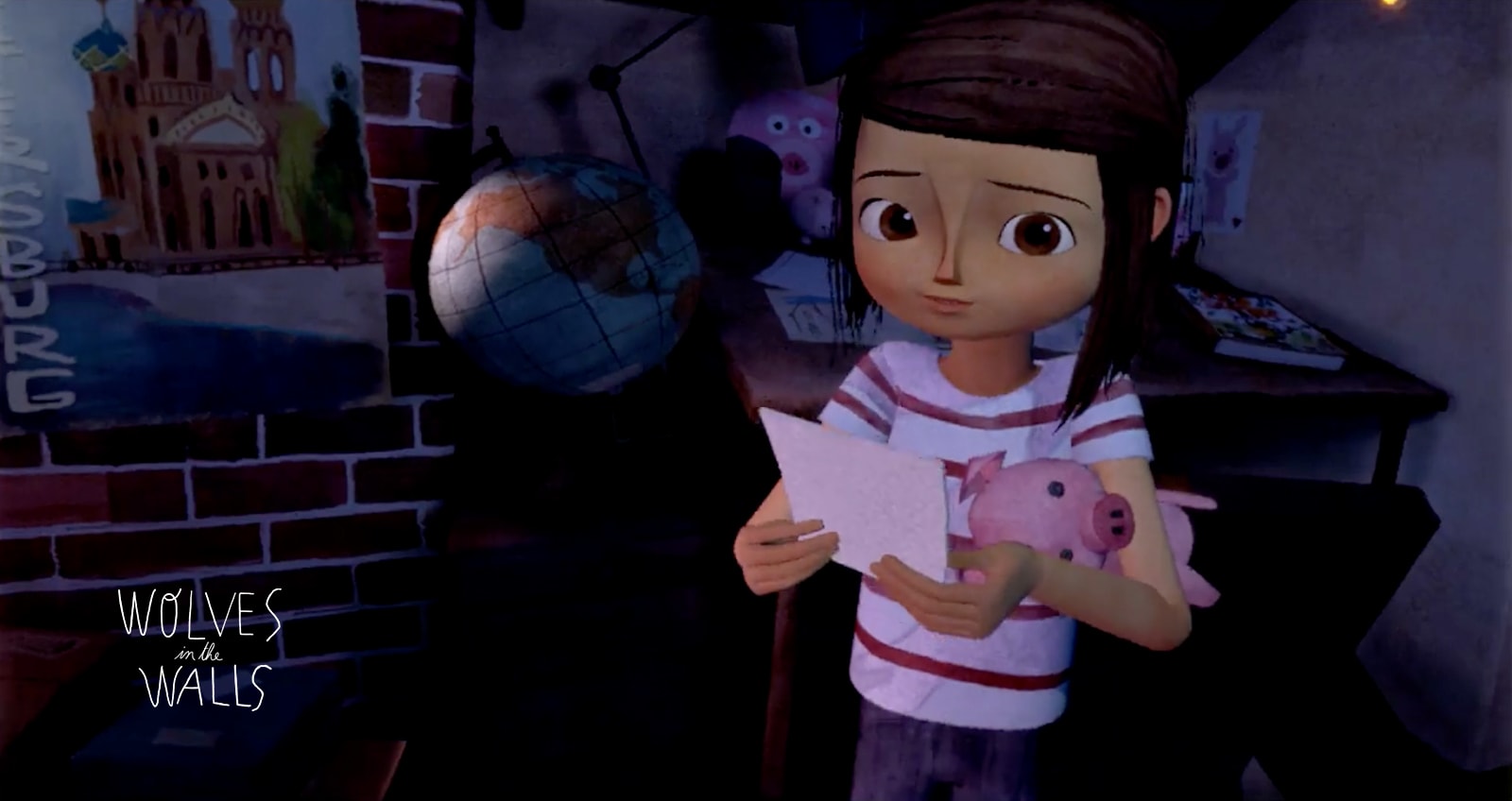 You can always rely on Neil Gaiman to create a narrative that's charming and disturbing in equal measure, whether it's in the form of a book, a movie or a game. That's certainly been the case with Fable Studio's VR adaptation of Wolves in the Wall, a... 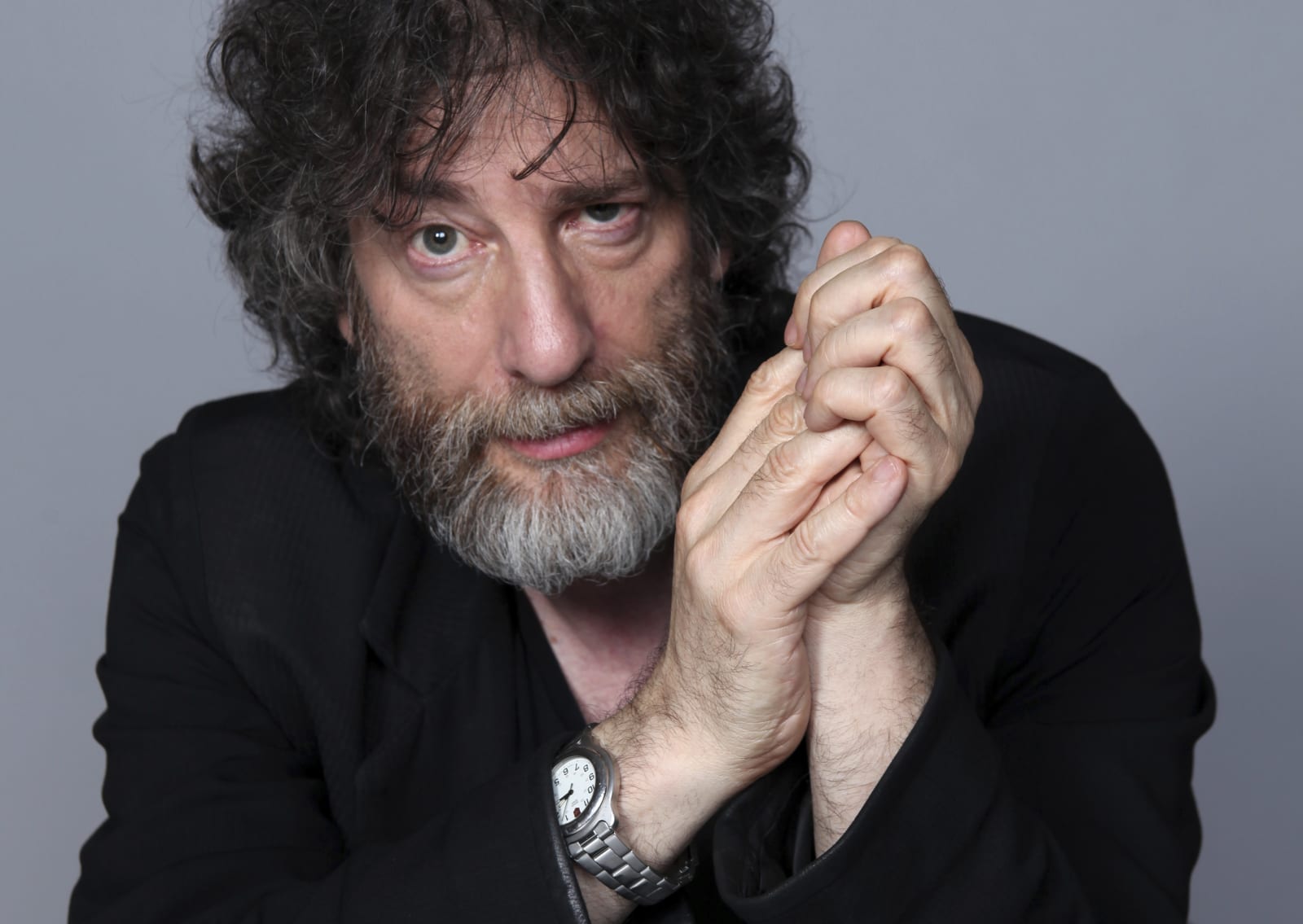 Neil Gaiman's epic mythology comic Sandman could finally make its screen debut. Netflix and Warner Bros. are close to signing a big-money deal to adapt the comic into a TV show, according to the Hollywood Reporter. 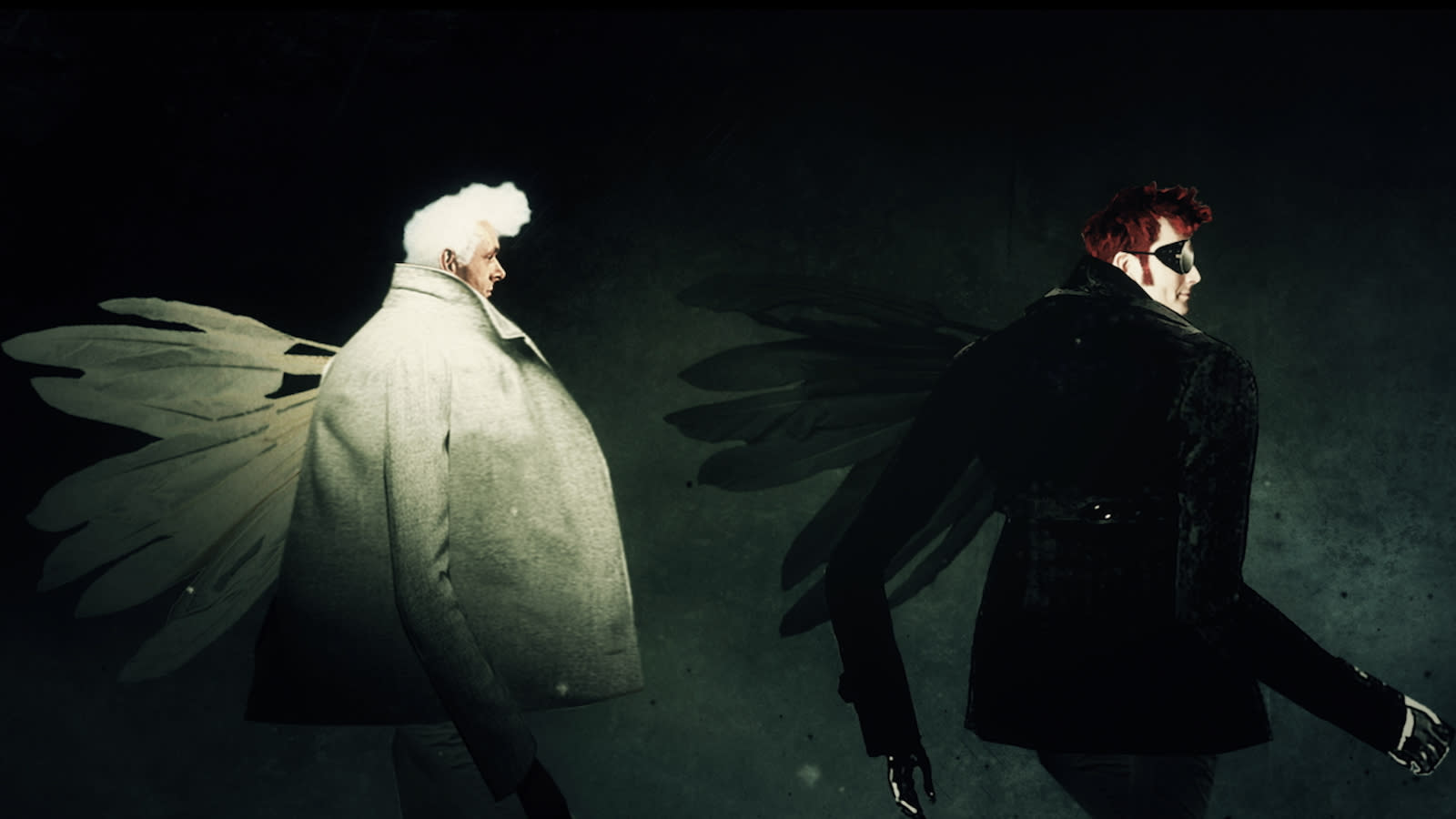 The world will end one day. That's a plain fact; what's unknown is the exact manner in which humanity will be erased from existence. Whether the oceans will boil us from below like a massive earthenware lobster pot, or a nuclear holocaust will strip... 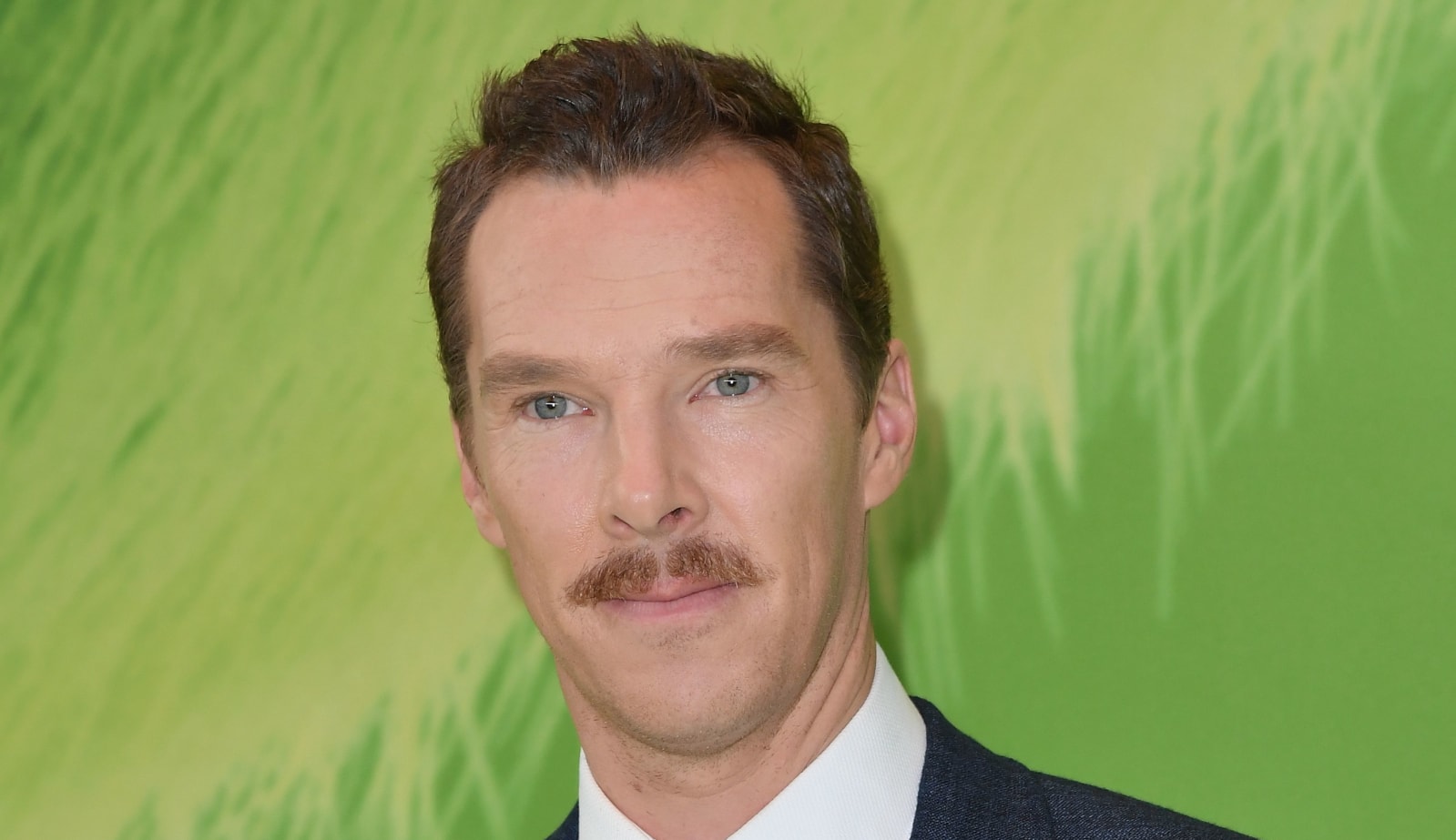 Amazon's upcoming miniseries Good Omens has been in the pipeline for a while, and now Neil Gaiman has revealed that Benedict Cumberbatch will take a starring role in the series. The Sherlock star will appear in episode six of the show as a "giant, an...

There’s one specific Fantasy Book a lot of people who aren’t neceesarily harcore fantasy novel fans are waiting for. Alas, it doesn’t seem like it’ll come out in 2017, but there’s a wonderful crop of new fantasy books to enjoy in the progressing new year.

Political fantasy is a trending topic which isn’t surprising, but there’s a little bit for everyone on this list: From Neil Gaiman’s new novel retelling stories of Norse Mythology, to Hugo Award winners Elizabeth Bear and N.K. Jemisin, as well as the conclusion of some terrific series like Peter V. Brett’s the Demon Cycle and Robin Hobb’s Fitz and the Fool. Oh, and there’s even a new Tolkien book about Middle-Earth. Yippie!

A Conjuring of Light by V.E. Schwab

The third and final part in Schwab’s ‘A Shade of Light’ trilogy, which takes us back to the Maresh Empire and the conclusion of one of the best series in recent years in terms of worldbuilding and the overall handling of something that many writers struggle with in fantasy books: The balance of magic and its existence in the specific fantasy universe.

Donnelly has made her name by writing short fiction stories, but has a very good shot of showing her long-read chops with Amberlough: A more political fantasy book, with plenty of spy thriller elements.

Political fantasy is the trendy topic in 2017, and the actual events and ideas of our current time ripple through art, including El Akkad’s debut novel, American War, which discusses the events of a 2nd Civil War taking place in 2074, focusing on Sarat Chestnut and her Louisiana family, her evolution into a lethal weapon, and her decisions having great consequences for her family and the nation.

Robin Hobb closes yet another trilogy (Fitz and the Fool) inside the Realm of the Enderlings universe, telling the tale of prince Fitzchivalry Farseer, this time vowing to reach the city of Clerres and exact his revenge on the Servants of the Four. Once again, Hobb’s latest novel seems like something special and different in the crowded field of fantasy novels, setting a standard few can follow.

Beren and Luthien by J.R.R. Tolkien

It’s sometimes impossible to comprehend the amount of work J.R.R. Tolkien managed to do while crafting the always intriguing world of Middle-Earth. This time, a tale shaped into a novel by Christopher Tolkien about the impossible love between a mortal and an elf. Beren is tasked by Luthien’s father with something impossible: Stealing a Simlaril from Morgoth.

There’s really no need to introduce Neil Gaiman, who seems to be onto another best seller with Norse Mythology, staying true to the myths of Odin, Loki and other Norse gods and tells their story through a more novel-istic prism, giving these timeless stories a new life and exciting angle that you’ve probably never thought about.

Ada Palmer creates an interesting, tense world in Seven Surrenders, which is a story that revolves around Mycroft Canner and his place in a grand conspiracy to keep a seemingly utopian world running smoothly, and how a special child with the power to bring inanimate objects to life plays in all of this. Political intrigue, only with a much more interesting, fantastic spin.

Brian Staveley finished the Chronicle of the Unhewn Throne, but isn’t done with the universe of the emperor’s blade. Skullsworn follows Pyree Lakatur, an assassin-priestess, who has a 10-days, 10-deaths trial to complete, while she struggles with the notion of feeling love for the first time, in a terrific stand alone that gives a different look into a universe and world that has an endless amount of stories to tell.

In Spoonbenders, Daryl Gregory tells a terrific tale about a family of psychics that has run out of magic, withdraws from the world until it is faced with a trifecta of threats from the CIA, mafia and the general public of skeptics, just as the grandson of the family’s patriarch stumbles upon some old magic within himself; just in time to protect the family.

The Core: Book Five of The Demon Cycle by Peter V. Brett

The 5th and final installment in the Demon Cycle series, The Core is still quite the mystery in terms of what it’ll be about, but Peter V. Brett has confirmed it won’t be the last story he writes that is set in the world trying to battle the demons known as Corellings, first introduces to us in 2008, and only getting better with time.

The Stone in the Skull by Elizabeth Bear

Elizabeth Bear did an incredible job with the Eternal Sky trilogy, and The Stone in the Skull is the first book in a new trilogy, set in the same world. This time, an automaton (The Gage) created by a wizard works as a mercenary, and along with a broken soldier, ends up being caught up in a war fought over what remains of a once huge empire.

The Stone Sky by N.K. Jemisin

The conclusion of the Broken Earth trilogy, which started with The Fifth Season, winner of the Hugo Awards in 2016. Jemisin broke fantasy genre tropes with her previous books, and expectations are running high for the third book in this series, which focused on the belief in good and second chances against a more pragmatic approach: What is corrupt can only be destroyed, not fixed or cleansed.

The Strange Case of the Alchemist’s Daughter by Theodora Goss

Theodora Goss is mostly known for her terrific work in short fantasy stories. In The Strange Case of the Alchemist’s Daughter, she brings her talent into a bigger canvas, writing an exciting tale that retells the story of some of the genres most popular characters, which begins with Mary Jekyll beginning to investigate her father’s mysterious past, leading her to Diana Hyde and a group of women created by terrible experiments. A classic tale turned upside down, and reimagined in the most wonderful way possible.

Walkway is a story about two people who have had enough with the crumbling of modern society (a futuristic one, of course), in a world where people can print up anything they need. The other part of the world – neglected, forgotten, dangerous, harbors one thing that is important enough to fight over, and ignite war: The power to cheat, or cure, death.

If you’re into Science Fiction as well, check out our recommendations for the best sci-fi books in 2017.

Beloeved Discworld author Terry Pratchett passed away on March 12, 2015, at the age of 66. Known for a clever wit and satirical take on life in his written work, Pratchett’s death is sure to sadden...

The Humble Bundle tends to be associated with not just low prices, but also indie video games (and occasionally music). Today's bundle, however, centers on the literary-minded among us, offering a set of eight e-Books for just under $10. Of course, a main staple of the bundle is its pay what you want price model, which applies here as well -- should you only want six of the books, you can pay any price (one penny for six books! hot dog!). If you want access to John Scalzi's Old Man's War and Signal to Noise by Neil Gaiman and Dave McKean, you've gotta shell out over the average payment price (currently sitting at $9.84). If you want that sub-$10 price, we'd suggest heading over sooner than later. Another good reason? You've only got two weeks before this humble e-Book bundle disappears forever.

Humble Bundle goes literary, offers octuplet of books at a humble price originally appeared on Engadget on Tue, 09 Oct 2012 13:37:00 EDT. Please see our terms for use of feeds.