As we begin to experience the post-Breaking Bad era, there are a few other options to check out on TV this week, including the start of Major League Baseball playoff games. That said, the series finale was good enough that we wouldn't argue if you just kept replaying it every night this week. It's fall premiere season, so new shows continue to arrive including CBS' We Are Men and The Millers as well as NBC's Ironside, Welcome to the Family and Sean Saves the World. Low Winter Sun wraps up its premiere season, along with finales for Hell on Wheels and The Bridge. Blu-ray and videogame highlights include NBA 2K14 for current-gen systems, The Wizard of Oz 75th Anniversary Edition and This Is the End. The biggest name that's not on our list? GTA V's online features, which will debut tomorrow. Look after the break for our weekly listing of what to look out for in TV, Blu-ray and gaming.

Chalk one up for atomic force microscopy. As detailed in a paper published recently in the journal Science, researchers in China have used the imaging technique (as opposed to scanning tunnelling microscopy) to capture an image of a hydrogen bond for the very first time. As io9 explains, hydrogen bonding is common in nature -- responsible for the properties of water and the link between the two strands of DNA's double helix -- and it's something that chemists have long been able to visualize, albeit only on a theoretical level. According to Chemistry World, while there remains much to learn about the nature of hydrogen bonds, the researchers hope that this latest development will help lead to atomic force microscopy (or AFM) being used as a routine tool to examine molecules and offer a clearer picture of them. For those of you who've been living under a rock, Valve this week announced the Steam Machine - a video game console which runs entirely on the new Steam OS. That's not even the most interesting part, either - the OS is free.

Folks, this might be just what the console industry needs. 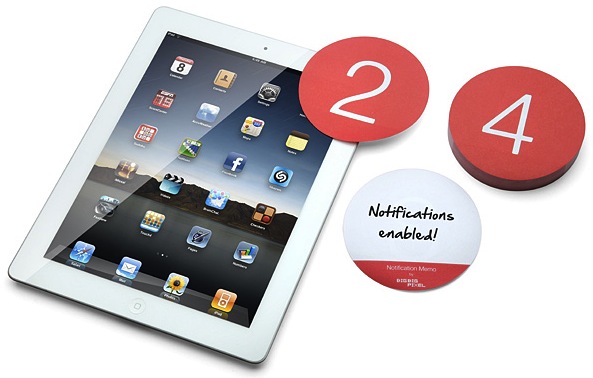 It’s just like app notification but in real life. With these Notification Sticky Note Pad

you write your message on the back of the note and stick it onto your computer, tablet, phone, or anything else. 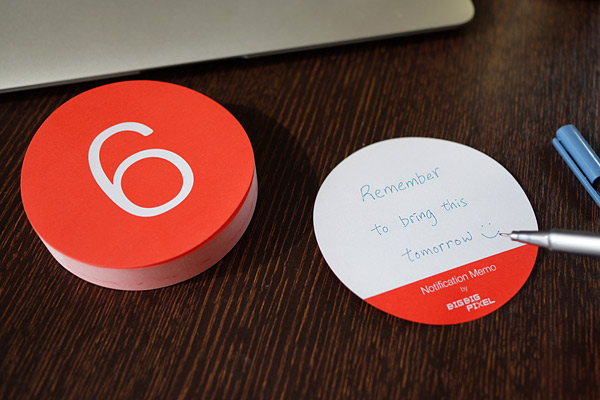 The notes are sequentially numbered from 1 though 9 and then they repeat. You get 135 notes in each 3.7″ diameter note pad. It’s definitely one way to make your note stick out in a sea of yellow post-its. Just remember, it’s not a real app- no matter how many times you press it nothing will happen. You get the message- zing!

Irrational Games' blockbuster BioShock Infinite and EA DICE's Mirror's Edge weren't built with the Oculus Rift in mind, but both are part of a huge list of games supported by a new piece of software available today: VorpX. The still-in-beta, $40 application promises to convert a variety of games from monitor-exclusive experiences to Oculus Rift-ready VR games, including the aforementioned two and a lengthy list of others.

As none of the supported games are meant to work with the Rift, a variety of workarounds are implemented by VorpX. Clicking in and holding down your mouse wheel, for instance, allows you to "edge peek," which allows users to look freely at the edges of their field-of-view instead of it moving with the headset's movement. Additionally, since rendering two distinct views of high-def, modern games is taxing, VorpX uses a workaround called "Z-buffer," which is apparently "the highest performing" of the two available options, but not as pretty. You can also choose "Geometry 3D," which does render two distinct feeds and, well, we're jealous of whatever system you've got that's running that smoothly. Not every game supports both modes, but a fair number do (there's a list right here comparing both). Head below for a handful of video demonstrations of VorpX in action, as well as the full list of supported games.

Ready to save some cash on your tech buys? Then you've come to the right place. Our friends at sister site gdgt track price drops on thousands of products every day, and twice a week they feature some of the best deals they've found right here. But act fast! Many of these are limited-time offers, and won't last long.

Today's top deals include a pair of well-regarded cameras that help casual photographers get professional-looking pictures with ease. The Fujifilm FinePix JX650 is a bargain-basement option, while those looking to spend (and receive) a bit more can opt for the Sony Cyber-shot DSC-WX80. Hoping to grab one or the other? Join gdgt and add the gadgets you're shopping for to your "Want" list -- every time there's a price cut, you'll get an email alert!

It's not news every time a Kickstarter product starts shipping to backers, but in the case of 3Doodler, it's worth a mention. At last count, the startup had raised $2.3 million to fund its 3D printing pen, and with a cost of $99 per device, well, you do the math: that's a lot of people waiting for their new toy to arrive. And we mean it when we say "toy" -- while you won't be creating anything useful like a gun or a Van Gogh knockoff, there's really nothing more addictive than "drawing" in the air with melted plastic, and watching it solidify. For those of you who ordered early, you already know what you're in for. As for the rest of you, your next chance to get one will be in early 2014, though you can place a pre-order today if you like. Really, though, we suggest you revisit our hands-on video, embedded below; we're descriptive writers, but nothing we say can do justice to a pen with molten plastic flowing out of it.

"Too much bezel" -- how often have you seen that complaint in the comment section of new phone announces? Well, you can throw this Sharp Aquos Phone Xx (and its mini companion) in the face of that haterade brigade because 80.5 percent of its 5.2-inch front is all screen. At 70 x 132 x 9.9mm, the Xx is more compact than Sony's rival 5-inch phablet, the Xperia Z1, but its collection of top shelf specs gives it a fatter profile. The Android device, which joins Softbank's 4G LTE lineup this December, crams a 1080p display, 2.2GHz Snapdragon 800 running Jelly Bean 4.2, 2,600mAh battery and a 16.3-megapixel rear camera (with an f/1.9 lens) into that squat, water-resistant frame. It also features pre-loaded translation software to make sense out of captured English text -- handy if you're, you know, Japanese. We realize this is an unfair mobile tease for those of you green-eyed monsters living in the Western world; you'll likely never see the Xx make that transcontinental trek. But it's always nice to dream. Staying organized and providing team members with an effective means of collaboration is integral to running a successful small business. Here is how cloud based web apps can improve efficiency and increase productivity.

CRP’s Energica Ego isn’t the fastest electric motorbike, but it is the first entirely..(Read...)