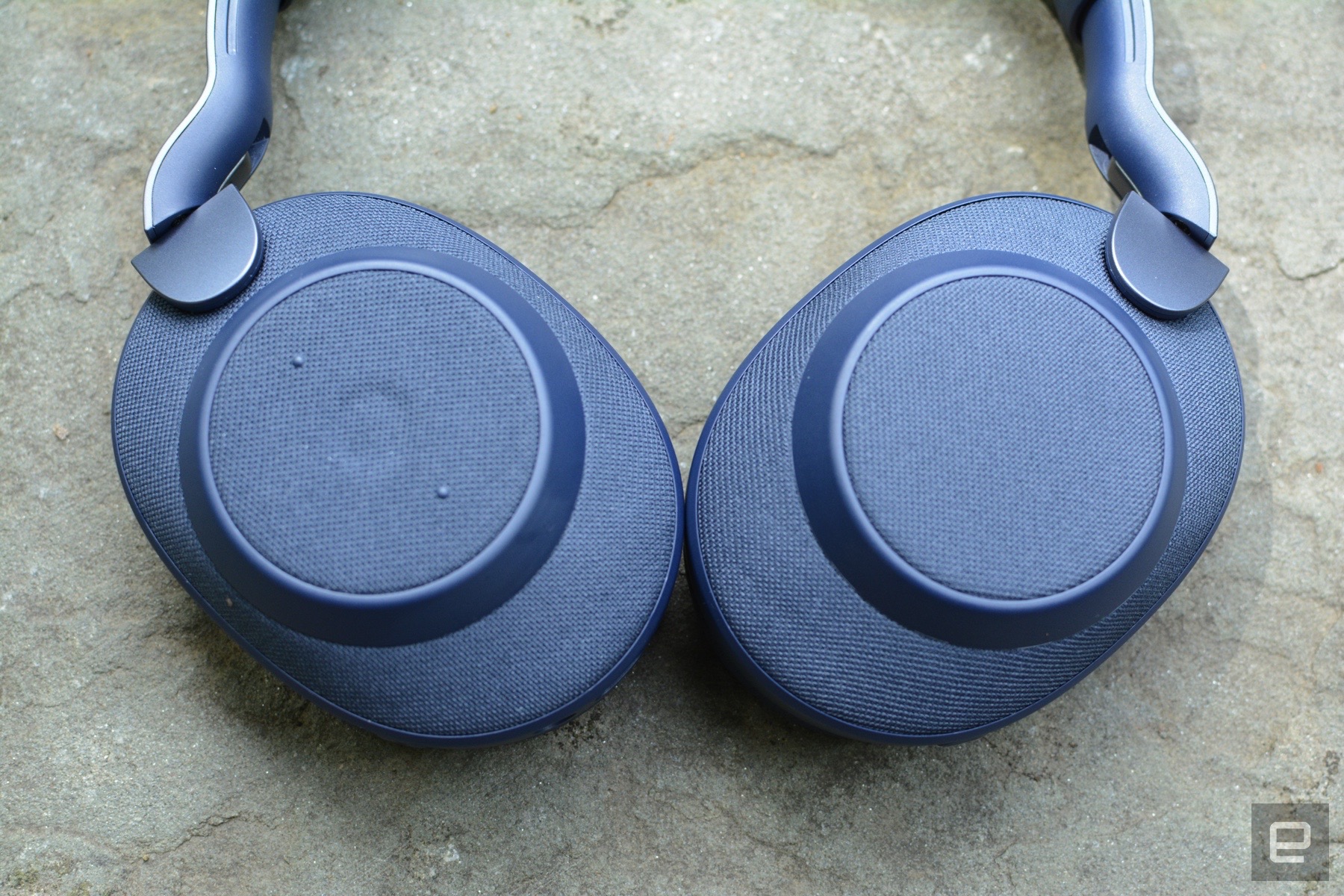 If you're looking for a pair of noise-cancelling headphones to give you some peace and quiet while working from home, Best Buy has a compelling offer on one of the better pairs you can buy at the moment. The Jabra Elite 85h are currently $180, down f...

Jabra shocked the world (ok, maybe just me) in 2018 when it debuted the Elite 65t true wireless earbuds. Those headphones quickly shot to the top of a lot of "best of" lists, including a couple of Engadget Buyers Guides. The Elite 65t have dependable...

Whether you’re trying to get work done in a busy office or trying to sleep on a noisy plane, there’s nothing like some noise-cancelling headphones to help you feel calm and peaceful. That’s exactly what Paww WaveSound 3 Noise-Cancelling Bluetooth Headphones are for. 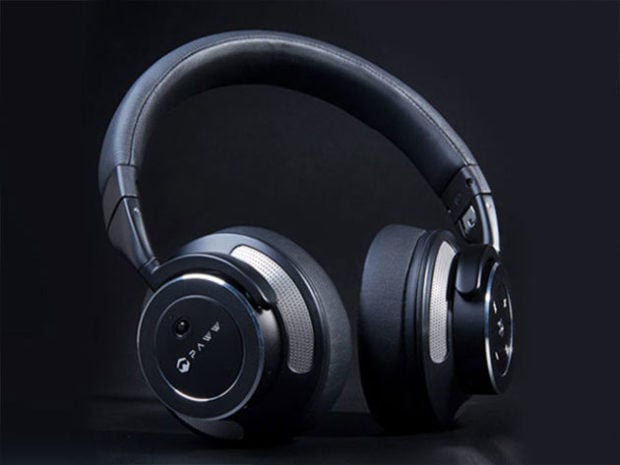 These noise-cancelling headphones block out ambient noise when you’re listening to some relaxing music on the subway, or jamming to your favorite tunes while flying through the air. They’re also great even when there’s nothing playing from them – just put them on to enjoy some moments of much needed silence. When they’re not in use, simply keep them folded up in the included case to protect them, and making for easy travel. 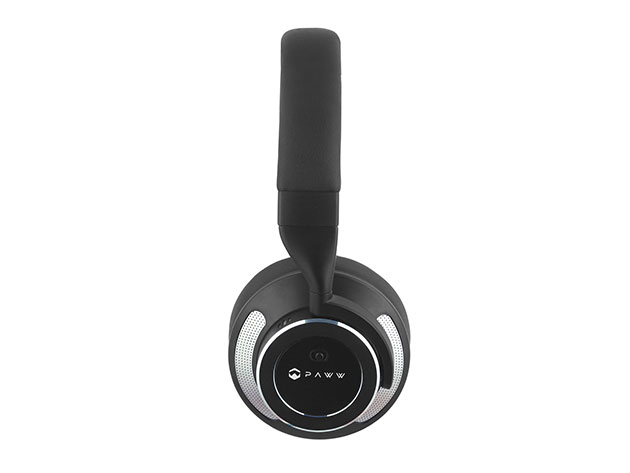 Enjoy a music listening experience that’s free of distractions and background noise. Grab the Paww WaveSound 3 Noise-Cancelling Bluetooth Headphones for only $74.99 in the Technabob Shop – that’s 50% off the regular price.

V-Moda's been seriously edging for the audiophile crowd lately -- namely with its Crossfade M-80 on-ear headphones, the VAMP headphone amp for the iPhone 4/4S, and a soon-to-be disclosed followup dubbed as Vamp Versa. That brings us to its soon-to-be released M-100 headphones, which haven't really been a secret since their inception, making them a special set. Unlike many companies who strive for secrecy in regards to upcoming products, V-Moda's taken a drastically different approach with its latest cans, with owner Val Kolton stating that they're effectively the first crowd-sourced set of headphones.

Many headphone lovers out there likely know that Kolton's been heavily in contact with the Head-Fi community, hoping to craft the best sounding, looking and fitting ear-gear possible. As he puts it, "the easter egg and inside joke is that the [M-100 headphones] can actually stand up. It is the first headphone that we know of that 'stands above the rest' and all others fall down/crawl. It also can stand on top of a few other new brand's models almost like Cirque De Soleil." It may be hard to tell based on the fashion-focused looks, but the company is adamant that its audio gear goes through more stringent research and testing than some of the biggest names out there, and that it'll show in the end products. Most notably, its TrueHertz testing where, for the M-100, "six points from 5hZ to 12kHz are measured to be within [its] obsessive quality control levels." According to Kolton, most companies only check at 1Khz, and allow for much wider variances. He followed up stating that "like fine wine, a headphone is only as good as its fit (taste buds) and its driver variances (grapes/cork). To us, all brands advertising 'HD' sound [aren't being forthright] unless they believe or even know these key components are "'fugazi.'"

For perspective, the M-100 is essentially the third iteration of the Crossfade LP over-ear headphones. Aside from a few tweaks to the design, it's packing an audiophile-focused tuning (rather than DJ) that's based on blending the voicings of its M-80 on-ears and the LP2 over-ears. It wouldn't be unfair to say the company is aiming for a flat, yet fun sound -- all in a package that's fit to take to the streets like its earlier offerings. Those familiar may know that just under 150 of the first 200 production-quality models are currently floating around as early stock and test units for a final bit of real-world feedback before mass-production begins -- and this editor's been lucky enough to get his mitts on a set for some initial impressions. So, is the product shaping up to match all the hype? Click on past the break our take.

V-Moda's M-100 audiophile headphones get ready for mass production, we go ears-on originally appeared on Engadget on Thu, 11 Oct 2012 15:00:00 EDT. Please see our terms for use of feeds.

Ferrari likes to brand just about everything. That said, the two new lines of in-ear and over-ear headphones it's introducing with Logic3's help seem like more natural fits for the supercar brand than for other gadgets. The speed-loving elite will inevitably swing towards the Cavallino series' premium materials and universal microphone remote. Us plebeians have to consider the more plastic-laden Scuderia range, which still manages to pack in some Formula 1 styling along with the remote control. Prices are high at $150 to $315 for the Scuderias, or $201 to $352 for high rollers eying the Cavallinos -- but it's hard to dispute that either series is much more likely to turn up at our houses than a hybrid Enzo.

Continue reading Ferrari, Logic3 team on headphones, may be closest we get to an Enzo's engine note

Ferrari, Logic3 team on headphones, may be closest we get to an Enzo's engine note originally appeared on Engadget on Wed, 18 Jul 2012 23:46:00 EDT. Please see our terms for use of feeds.

There's no shortage of iPhone-friendly headsets. Not many are actually designed to match an iPhone's looks, however, and Harman Kardon is counting on that urge to coordinate to draw a few listeners into a new line of very tersely-named headphones and headsets. The more conspicuous resemblances to Apple's creation come through the wired CL on-ear headphones, the Bluetooth-equipped BT over-ears and the noise-cancelling NC over-ears, all of which share a distinctly familiar-looking leather-and-steel design. Subtler listeners will still get a trace of similarity with the in-ear NI and upgraded AE buds, although most of the iPhone friendliness at their size comes through an in-line microphone and remote. Both the BT and NC are battery-powered and last for 12 and 30 hours for their respective special tricks; they'll both keep working through a wire if you've forgotten to charge up just before that Hong Kong vacation.

In step with the iPhone-heavy focus, Harman Kardon is only selling the quintet of headphones through Apple's online and physical stores, where they start at $100 for the NI and peak at the NC's $299. One caveat: we wouldn't factor the NC into any short-term trips, as it won't show until the late summer.

Harman Kardon trots out five iPhone-matching headsets, keeps you in high Apple fashion originally appeared on Engadget on Tue, 12 Jun 2012 17:31:00 EDT. Please see our terms for use of feeds.

This week we're once again bringing the audio goods to you, and today's giveaway should be incredibly tempting. 50 Cent's brand, SMS Audio, wants to hook you up with a pair of its premium wireless over-ear headphones, Sync by 50. Priced at $400, these cans are spendier than a fair number of smartphones, but it offers Kleer technology with CD-quality lossless audio and will work up to 50 feet away from your device. And just for kicks and giggles, SMS Audio is also throwing in a snapback hat, shirt and a backpack to go along with your prize, so it's definitely worth heading below the rules and leaving a comment to enter. Good luck!

Engadget Giveaway: win one of two pairs of Sync by 50 wireless over-ear headphones! originally appeared on Engadget on Tue, 29 May 2012 11:15:00 EDT. Please see our terms for use of feeds.