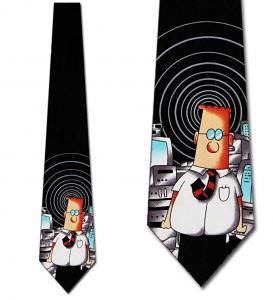 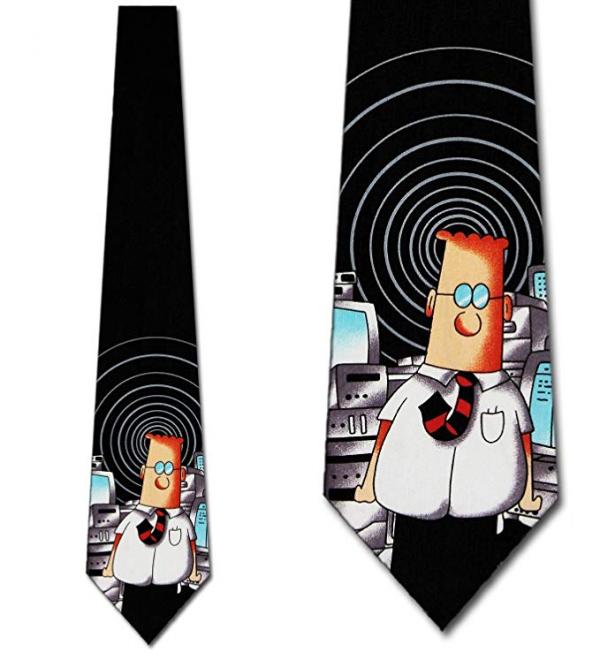 Never push your inner geek to the side during formal events. No matter what the occasion is, it’s never too late to show off some nerdy fashion with unique neckties that go well with any suit.

If you’re looking for the nerdy neckties that every geek would want, you’ve come to the right place. So, while looking classy and revealing the nerdy side of you; check some of the neckties that you could wear at any important gathering!

What is being a geek without Star Wars love? Express your passion for Darth Vader through this Star War Men’s Stormtroopers Army Tie. It being 100% polyester, the necktie can also be an excellent gift for anyone who’s a fan of the all-time epic space opera.

Every computer nerd will appreciate the Black Microfiber Tie. Wearing this makes one feel like in The Matrix. With some matching dark sunglasses, one can definitely pull off a classy, yet nerdy badass look.

A computer never fails to fuel our geekiness. And with this Green Microfiber Tie, anyone who simply loves all things techie would dig it. A little green never hurts turn up the class another notch. With this, check it out and express your passion for technology!

It’s not a doubt that Albert Einstein is the scientist that geeks love. Don’t let that hinder you by wearing this geeky looking Albert Einstein Tie Scientist Necktie. With the mass-energy equivalence printed on the tie, who knows, this might open a conversation with someone just as geeky as you while walking around the party.

Can’t get enough of computer science? Show your love through this Men’s Microfiber Green Computer Science Neck Tie. A style that’s neat and simplistic which definitely brings out the geek in you.

A necktie with alternate colors always looks best with plain and black suits. Have those kinds of ties while bringing out the nerd in you with Beige & Black Crossword Puzzle Neck Tie in any formal events.

Perhaps, you’re attending an occasion that is not so formal. May it be a custom party or a semi-formal prom night. You can never go wrong with this Uyoung Superman Skinny Tie. Not only does it shows your inner geek, but a little red in a black suit always rocks!

If you’d rather go for funky colors to bring out the nerd in you, this Rubiks Cube Novelty Necktie does it for you! Of course, not only for geeks, the tie makes an excellent gift to anyone who loves bright colors and fancy fashion as well.

Feeling like Dilbert with computers? Get one of the Dilbert With Computers Necktie. With black being its primary color, the nerdy tie can be pretty much complement any suit color.

Is black too mainstream? Try on this Pi Circle Cutout Printed White Neck Tie. Not only does it compliment dark colored suits, it also shows off your love for Pi!

For more, check out some of the other best-picked neckties: The Perfect Necktie for the Office Smoker and Bubble Wrap Ties Are a Pop of Fashion.

I think the best part about being a Wookiee would be that you never have to wear fancy clothes to anything. All you need is a bandolier and maybe an occasional trip to the groomer. On the other hand, we humans do occasionally have to dress up. At least you can do it geekily if you must. This Star Wars Chewbacca Blazer looks like a version of a jacket my dad had back in the ’80s, complete with elbow patches. 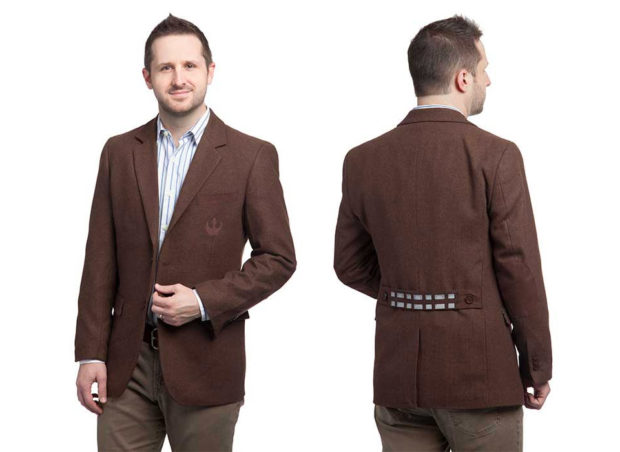 The jacket is made from tweed, the itchy fabric of all the formal affairs I can remember growing up. It has a pair of buttons on the front, pockets with a flap and a left chest welt pocket, and the lining is embellished with headshots of Chewie. Its most noticeable nods to Chewbacca are the rebel crest, and the bandolier detailing on the back. 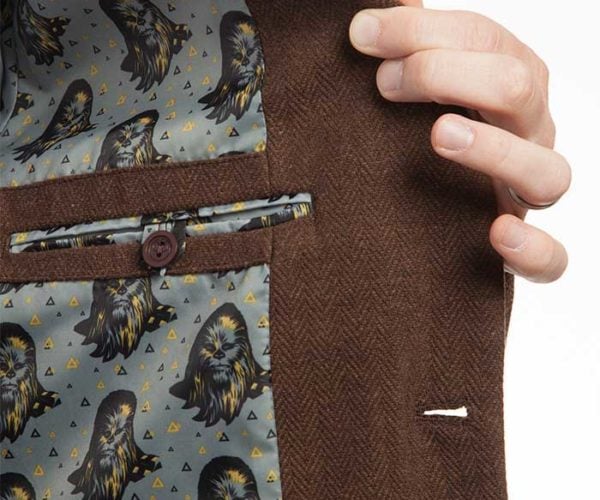 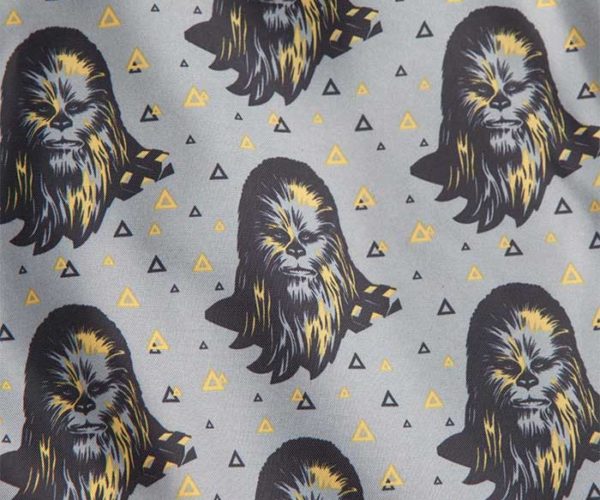 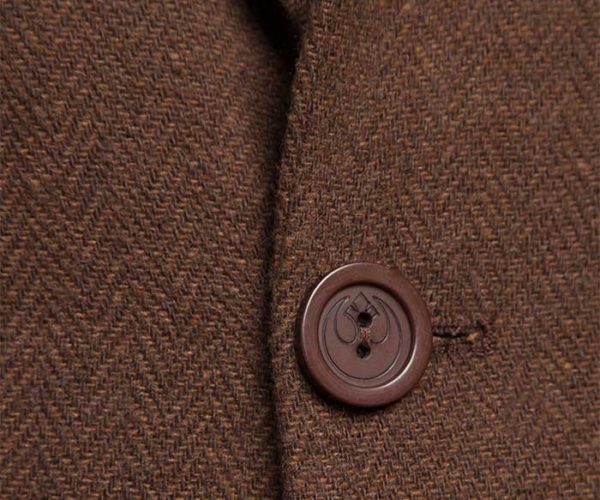 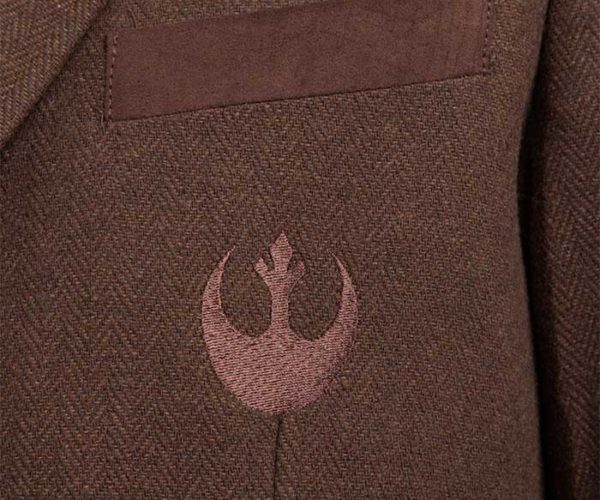 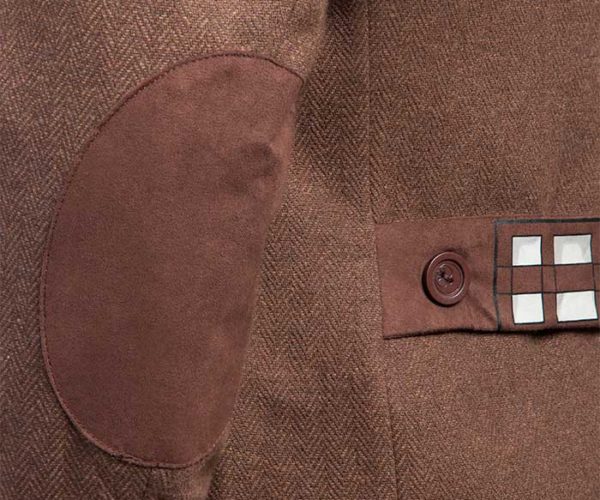 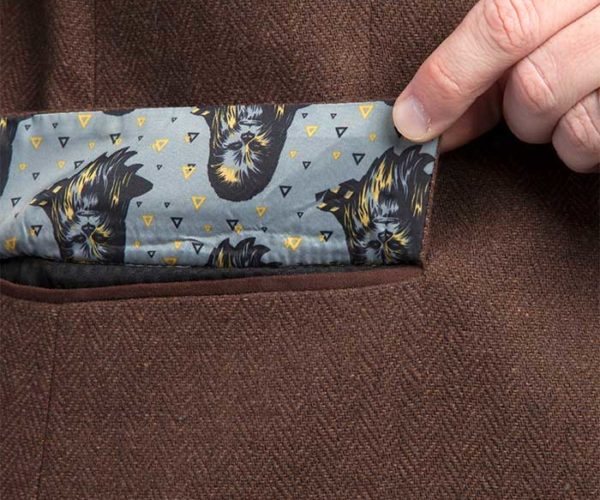 This is a very cool dress. It’s varying shades of blue and black and has stars all over it. In fact some of these stars make constellations. What makes it extra cool is that the constellations glow in the dark when the lights are off. It might be bright enough to keep you from getting run over at night, but I wouldn’t risk it. Maybe if you wore a hat with black lights on it, but only then.

It’s an above-the-knee dress, and made from 100% cotton with a zipper in the back and one of those keyholes that produces some really weird tan lines. In other words, you might want to be careful if you try and charge up the glowy bits by standing in the bright sun. You can get the constellation dress over at ThinkGeek for $49.99.

Look, there are people solving Rubiks’ Cubes in less than 6 seconds; the world record stands at 5.25s! So as much as the little puzzles do stump the average, casual player, it’s fair to say that an upgrade was needed. That’s where the X-Cube comes in. It’s the next generation of complexity in 3D puzzles:

Is it impossible to solve? Well, according to the company if you can solve a 3X3X3 Cubiks, you can solve this. Eventually. Maybe with some help. A little over a year ago we wrote about Opposuits’ PacMac Suits. We thought back then that these were the bee’s knees, but now that we’ve seen the company’s Star Wars suits, we have to reconsider. They come in two flavours called “Strong Force” and “Stormtrooper” and will definitely make… some kind of statement wherever you wear them. What’s even better is you’ll be able to own either one without breaking the bank, since they asking price is $110, with up to a 10% discount if you buy 10 of them at once. Internet addiction could be a sign of other mental health issues among college students, reports a new study. Canadian research found that people who spend a significant amount of time online are at...

Depending on who you are and what your fashion sense is, it is rather easy to show off your inner nerd or geek when you get dressed. From t-shirts and hoodies to socks and even hats, everything from...

Last year, we checked out a lightsaber replica that used a stream of flammable liquid as a substitute for the blade. The Hacksmith had a similar idea for a real life version of Psylocke’s psi-blade. But because Betsy’s blade is wider and wilder than the Jedi weapon, its maker opted to engulf a katana in flames. The Hacksmith made a flammable mixture that results in a long-lasting purplish fire. Then he drilled holes in the katana’s blade and threaded a wick around the blade. He then soaked the blade in his secret fiery sauce. He embedded a plasma lighter into the katana’s handle so he can light up the weapon on demand.

Do it with wrist-mounted blades and you have a Protoss variant.

YouTuber Daniel Perdomo and his friends made one of the coolest video game replicas of the year so far. It’s a physical replica of the classic game PONG. It’s basically a magnetic, mechanical version of air hockey. The ball moves back and forth not due to the force from the paddles but because of a magnet below the glass surface. An arm moves the magnet along the x and y axis. A couple of Arduino microcontrollers handle how the ball behaves when it’s “hit.” It even seems like you can play against the table, or have it control both paddles for an ancient Let’s Play session. A pair of hard drive platters  were turned into rotary encoders to mimic the Atari knob controllers. The scoreboard, interactive LEDs around the playing field and graphics on the side of the table complete the homage. You can skip to 4:03 in the video below to see the finished table, or watch the whole thing to see how it all came together.

I hope it has the table makes PONG‘s blip and buzz sound effects too. Hack A Day says Daniel and his co-creators are looking for investors and business partners so they can start an arcade machine business to sell more units.

Heart Machine’s critically-acclaimed action RPG Hyper Light Drifter wears its 16-bit influence on its sleeve, from its graphics to its gameplay and now to its Collector’s Edition, which comes with a decorative – i.e. empty – SNES cartridge. Actually, everything in the bundle looks like it’s for an SNES game – the box, the cart and yes, the physical manual. It also comes with a 24″x 18″ world map poster. The telltale sign that it’s a modern game is that the game itself isn’t included, only a download code for a Steam, PS4 or Xbox One copy of the game. Blow on your browser and pre-order the Hyper Light Drifter Collector’s Edition from iam8bit for $65 (USD).