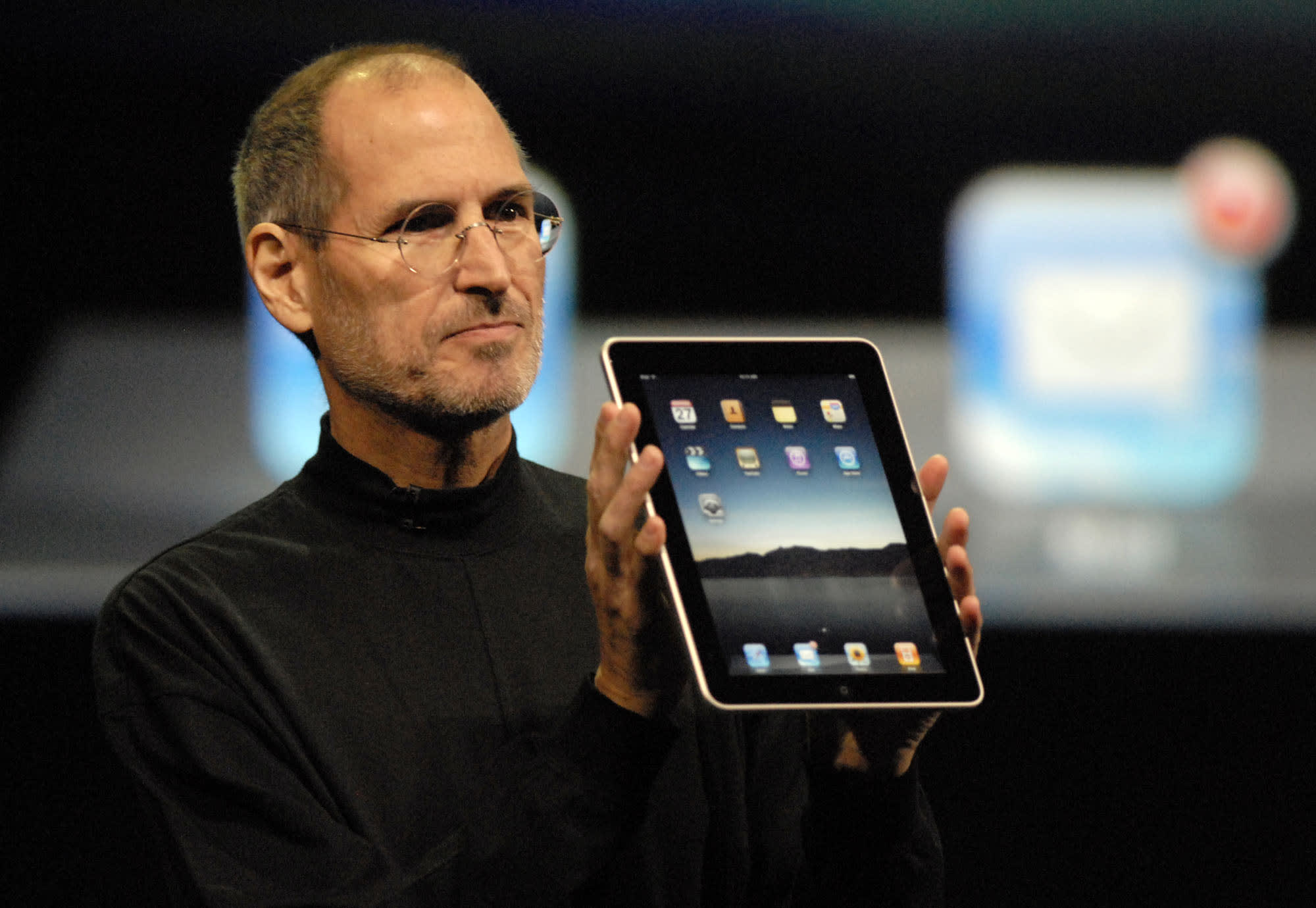 Ten years ago, Steve Jobs introduced the last all-new product line that Apple would launch in his lifetime. Initially, the iPad was mocked for its name and derided as a "giant iPod touch." But it caught on quickly with the public and inspired a host... 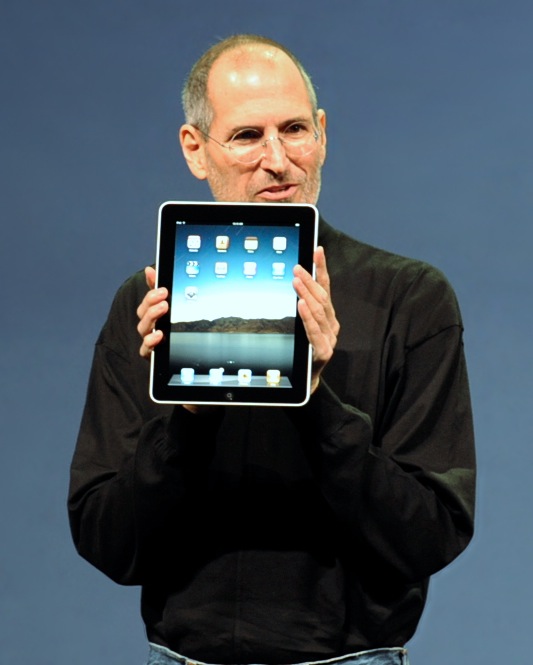 It's been exactly 10 years since Steve Jobs announced the iPad on the 27th of January, 2010. This was the last product he unveiled before his death due to pancreatic cancer in 2011. While today marks the 10th anniversary of the iPad’s launch, there were a lot of skeptics at that time.

They argued that a tablet was an unnecessary product. However, Jobs remained confident. He explained that there was always room for a device that was in between a laptop and a smartphone as long as it was superior at certain tasks.  True to his word, not only was the iPad successful, but even Apple's competitors launched their own tablets.

iPad served as a prototype for future tablet models

Today, tablets have become very popular and are an integral part of how we choose to compute and browse the Internet. It wouldn't be an exaggeration to say that the iPad was the prototype for all future tablets. When Jobs announced the iPad, he referred to it as a magical and revolutionary device. He recommended everybody use the iPad to browse the web, send and receive an email, check photos, watch videos and listen to music, play games, read documents and ebooks, etc.

iPad had a very humble and modest beginning

The first iPad that he launched the game with the 9.7-inch display and 64 GB of storage. It had a single-core Apple A4 processor, 10 hours of battery life, 256 MB of RAM, Wi-Fi, and 3G connectivity, and a headphone jack. The initial iPads didn’t have cameras. People loved the iPads nonetheless because they were lightweight, and measured half an inch in thickness and weighed only 1.5 pounds. No notebook or laptop was as thin and lightweight as an iPad. Ever since Apple has continued to release a new iPad every year with several changes made to both software and hardware.

Currently, iPads are the most important tablets and are representative of this type of gadget. Their processing power has increased, and iPad rivals notebooks and desktops in many manners when it comes to processing, ease of use, and features. Steve Jobs certainly left a very important legacy just before his passing. The 10th anniversary of the iPad’s launch is an ode to all the efforts that this man put to make computers more innovative and accessible.

The post Today is the 10th Anniversary of iPad’s Launch appeared first on Walyou. 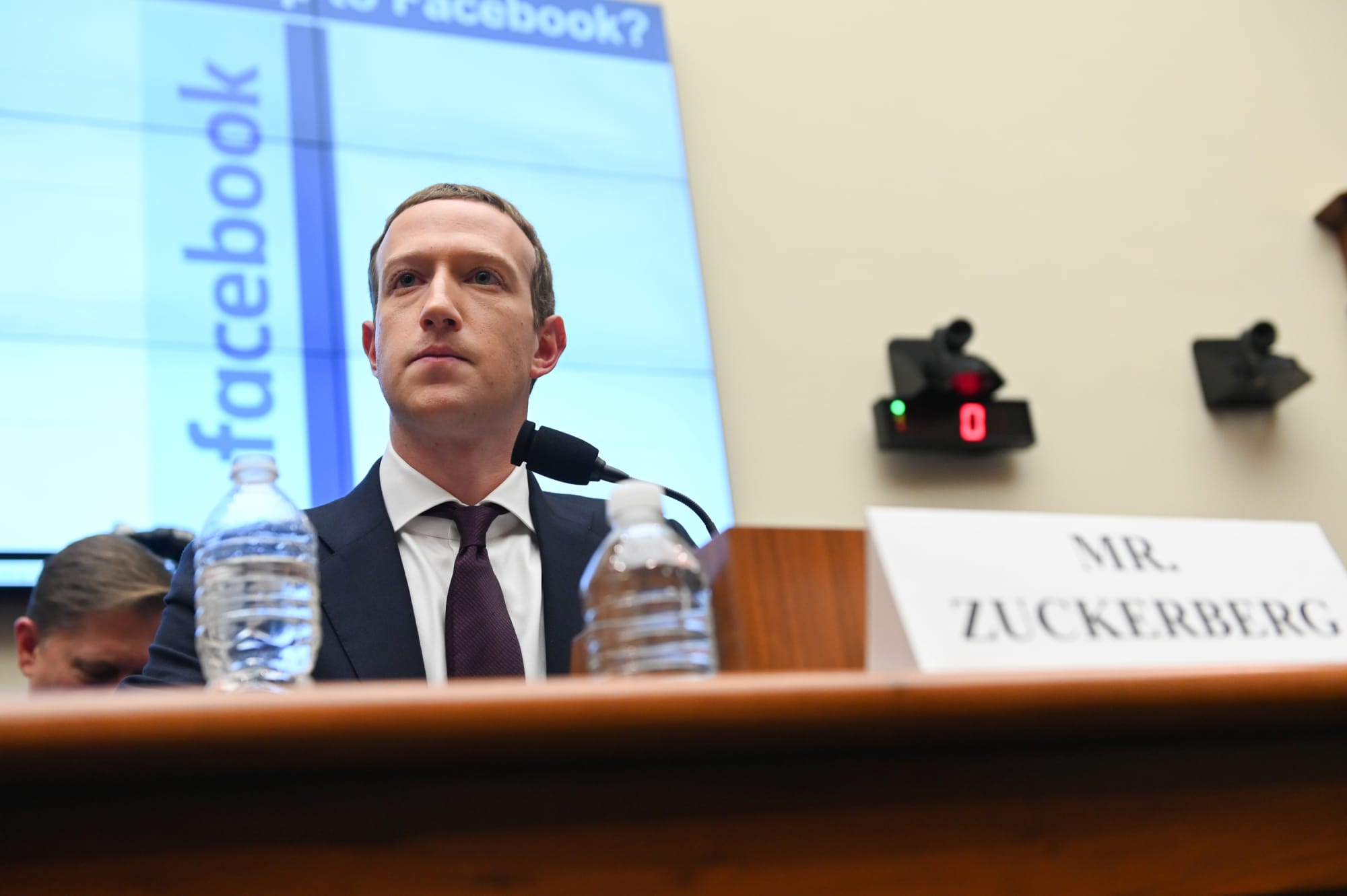 It wasn't so long ago that tech CEOs and their wares were changing the world. In fact, we heard that quite often: This or that "innovation" will make the planet a better place. Silicon Valley was clearly getting high on its own supply as it ramped up...

The iPhone 11 Pro is, just like every iPhone, the best damn iPhone ever made, but without Jony Ive, the keynote seemed to evoke a lot of déjà vu. Nothing much has changed as far as the design goes, for starters. There’s a third lens, an A13 bionic chip, and a new color, Midnight Green. Other than that, the iPhone 11 isn’t a dramatic visual upgrade, like the iPhone X was, or the iPhone 6 was. Apple’s innovation, for the most part, has been fueled by cutting-edge hardware and software developments. The new phone has a Super Retina XDR display with industry-leading brightness, vividness, and contrast ratios, while at the same time consuming lesser power. Three lenses give the iPhone 11 Pro superior camera props, allowing you to shoot telephoto, wide, and ultra-wide from the same vantage point, with incredible detail, and also the presence of a low-light night-mode. The cameras on the front are a dramatic improvement too, with a wide lens giving you wide-angle selfies, and a portrait feature on both sides allowing you to calibrate the depth-of-field. The iPhone 11 Pro shines in the video department, with stunning 4K video recording, and tools that allow you to edit video in powerful new ways. The iPhone 11 Pro, as its name suggests, is the consumer-favorite iPhone, but tweaked to suit the demands of a professional. Oh, did I mention, it comes with a free 1 year subscription to Apple TV+ too? That’s just Tim’s way of reminding us that Apple isn’t an industrial-design-driven company anymore, it’s a service-design-driven company now. 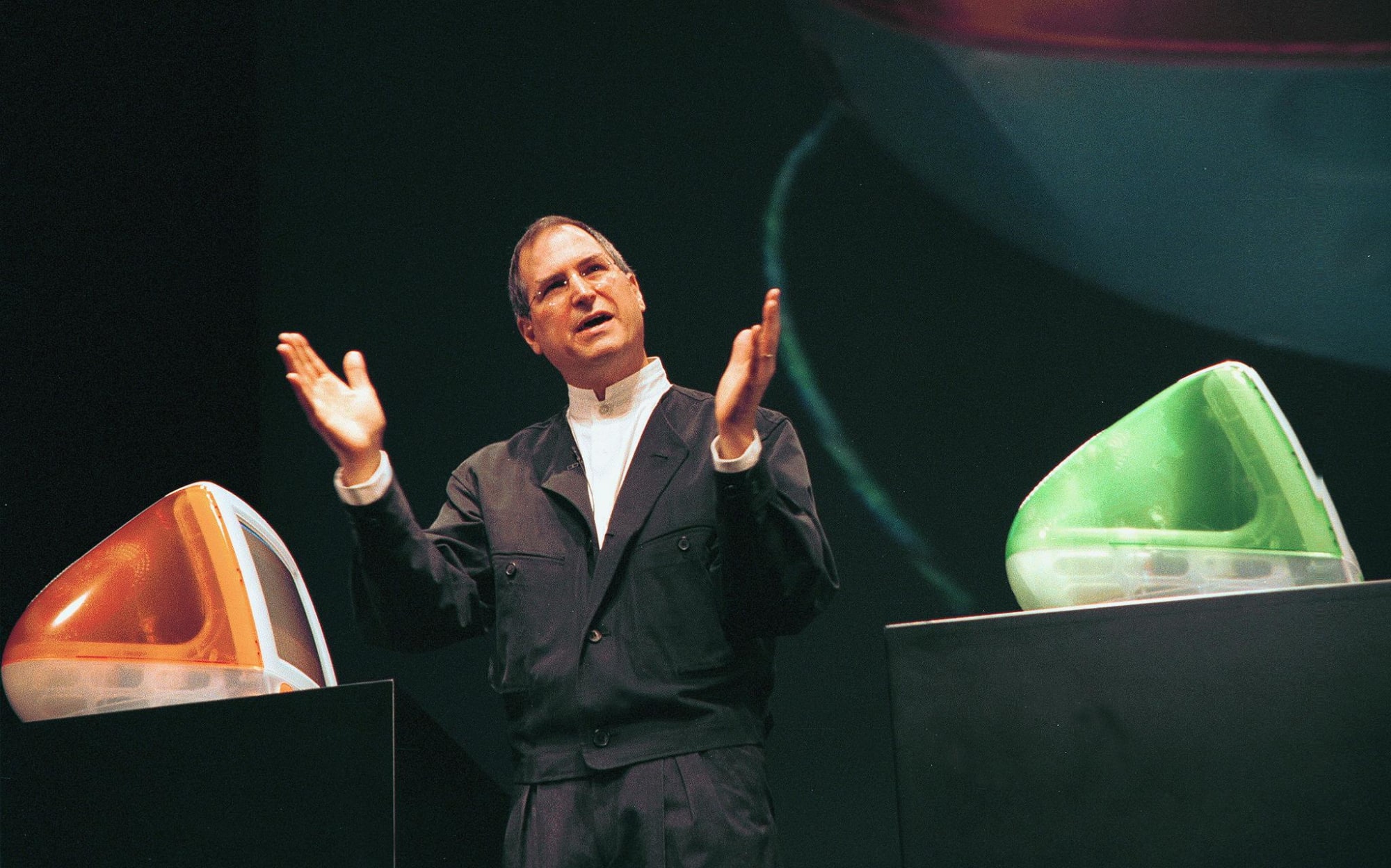 At Engadget, we spend every day looking at how technology will shape the future. But it's also important to look back at how far we've come. That's what This Week in Tech History does. Join us for a recap of historical tech news, anniversaries and ad...

The iPad for the longest time has been a glorified media machine, being used to watch content on and occasionally work with. In fact, sales even dwindled post the launch of the iPad Mini, and tablets soon became less and less appealing. The iPad Pro, and its focus on creators helped rekindle the world’s interests in the iPad, so much so that the number of iPads sold just last year beats the number of notebooks sold by any company worldwide! The point Apple is trying to make is that the iPad Pro is capable of dethroning the laptop. It did so with an incredibly strong GPU, CPU, and a battery that promised to last all day. It also came with Apple’s pencil, a powerful tool that allowed you to use this magical slab of glass as a canvas to create some absolutely mesmeric artpieces (all of Apple’s custom logos for their October event were made on the iPad). The iPad Pro, however, came with a few flaws that wouldn’t slide with Jobs. It didn’t look different from the regular iPad. It just had higher specs, cost a whole lot more, and came with an Apple Pencil that could only be charged by sticking its end into the iPad… something that’s still considered to be one of the biggest design crimes ever. The camera lacked pizzazz, and there wasn’t a place to store the pencil when not in use. Today, everything changed dramatically for the better. The new iPad Pro is refreshing, beautiful, and shows that Apple is still capable of making some really well-designed hardware. Tim referred to the iPad as a magical piece of glass and the redesign truly feels like it. At just 5.9mm, it’s gloriously thin, and comes with a screen that stretches all the way to the ends. No home button, no bezel, just a bunch of really bright pixels that make it feel like you’re carrying light. The new screen is a Liquid Retina screen (just like in the iPhone XR) and sits at 11 inches. The home button is sent bags-a-packin and the new uniformly thick bezel integrates Apple’s FaceID camera right into it. The iPad comes with four speakers on all four corners, instead of two at its base, allowing it to give you an expansive audio experience, and also allowing you to use the iPad in any orientation without worrying about its audio being muffled. Another massive update is the fact that the iPad Pro, recognizing that it needs to dethrone notebooks, ditches the lightning charger for a USB-C port (more on that further below!) A new iPad means a new Apple Pencil too. The revamped pencil comes with a unibody cylindrical design and a flat edge. The flat edge serves two purposes. It allows the pencil to magnetically dock to the side of the iPad Pro, giving you the ability to carry the pencil and tablet together rather than separately. That magnetic snap also allows the Pencil to instantly pair with the iPad and even establish a wireless charging connection, which means you don’t need to shove the Pencil up the iPad’s rear every time it dies out, and also means your Pencil is always ambiently charging while snapped to the side of your iPad. The new solution is neat, elegant, and would have been the norm had Jobs been around when the iPad Pro dropped two years ago. Nevertheless, it’s good to know Apple still has it in them to craft elegant solutions. On the flip side, there’s no headphone jack. Now to the USB-C. Apple’s decision to change the port on the iPad Pro means you can now connect your iPad to anything from a DSLR, to a MIDI controller, to even an external screen. Apple went a step further and even built a feature into the iPad that lets you connect it to your iPhone and charge it! Yes. You can charge your iPhone with your iPad! This heavy-lifting makes the iPad a strong competitor in not just the tablet market, but the notebook market too. Apple says that the new iPad Pro is faster and better than 92% of all existing notebooks. The new iPad comes with Apple’s A12X bionic chip, giving it the ability to run augmented reality as well as match the performance of an Xbox One S in the graphics department. With an 8 core CPU and a 7 core GPU, the iPad Pro is quite literally a beast, and is even capable of viewing extremely detailed and heavy AutoCAD files as well as handling desktop-style Photoshop, resplendent with every single feature, working with PSD files without breaking a sweat… and it does all this while retaining the iPad’s promise of a full day’s worth of battery. In every which way, the iPad Pro 2018 would make Jobs proud. It looks spectacular, feels spectacular, comes with conscientious design details like the magnetic-snap Pencil, the four speakers, and the ability to connect your iPad to a variety of devices (and even charge your iPhone)… and lastly, does all this while quite possibly showing a very Jobsian middle finger to its competitors by boasting of a performance that can quite literally blow the competition out of the water. Oh, did I mention, it’s completely environment-friendly too? “Every once in a while there is a revolutionary product that comes along, that changes everything.”These are the words that Steve Jobs used to introduce the first iPhone ten years ago. Back then, we...

We all know how much of an innovator and genius the world lost when Steve Jobs passed away, but word comes out today that there truly was so much more he wanted to do. When he was forced to step down...

The late Apple co-founder, Steve Jobs, once considered building a car, according to Tony Fadell, then a Senior Vice President at Apple and currently the founder of Nest, which Google acquired in 2014...

Apple is expected to host the iPhone 6S media event on September 9. Apple has hosted past September events at medium/small sized venues including the Yerba Buena Center and the Flint Center. These...