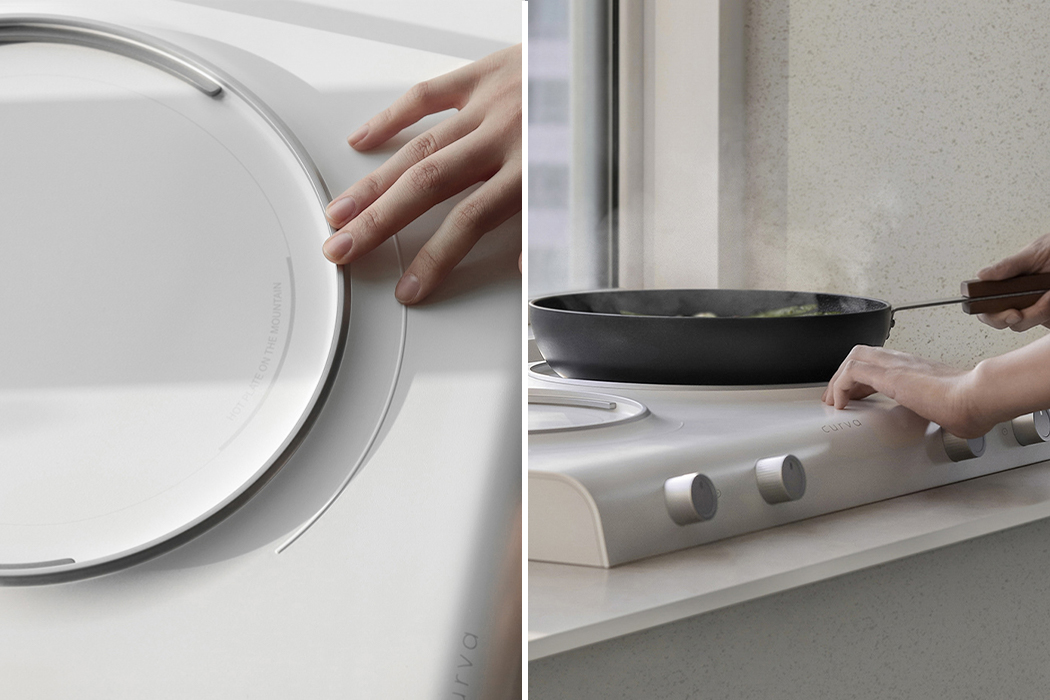 Noticing the shortcomings of induction stovetops when considering the needs of blind people, Park improved several aspects of the traditional induction stovetop that could pose risks and hazards to the blind person who might be using it. The typical induction stovetop boasts a flat surface, which is usually the primary reason buyers choose it– it’s sleek, compact, and minimal in design.

However, the physical dials and knobs of gas stovetops have been replaced with haptic sensors and incognito buttons that cannot be felt by the blind community. Curva doesn’t compromise the induction stovetop’s flat surface but instead incorporates physical elements like ridges and slightly raised hot plates to help guide blind people when cooking.

Each hot plate on Curva’s stovetop is embossed and consists of different textures so that blind people can pinpoint the location of each one. Additionally, the firepower dial has a matte finish while the timer dial has a semi-glossy finish, indicating to the user the knobs’ different functions. Curva also comes equipped with voice controls that register commands for operation. The stovetop’s freeze function relies on weight sensors to keep the cookware lodged into the hotplate. 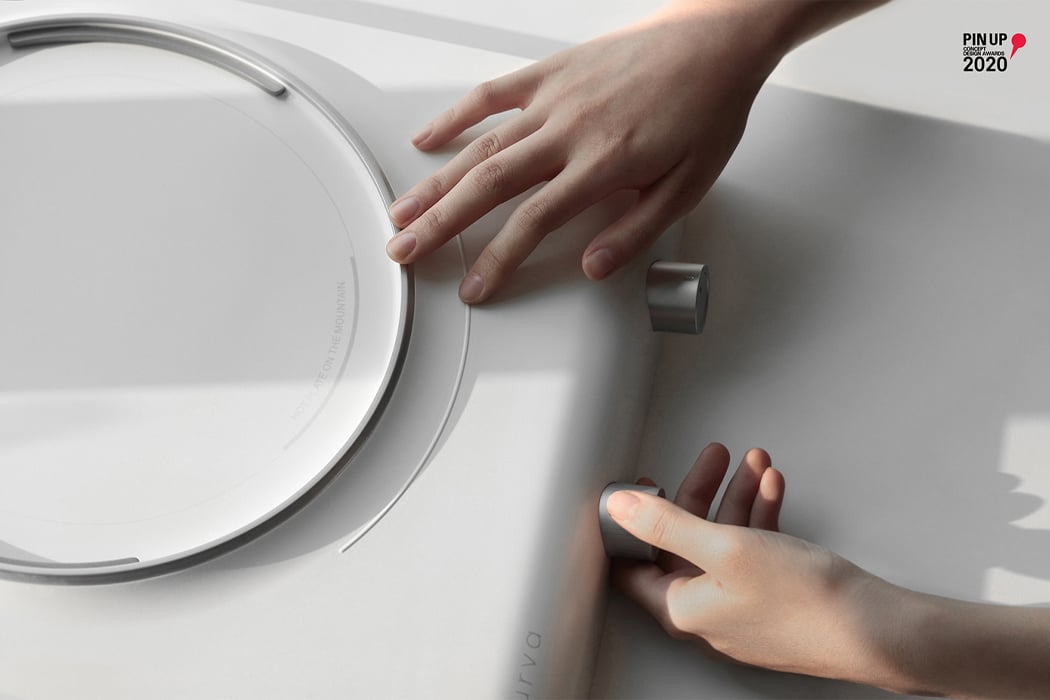 Textured and tactile features fill out the design of Curva. 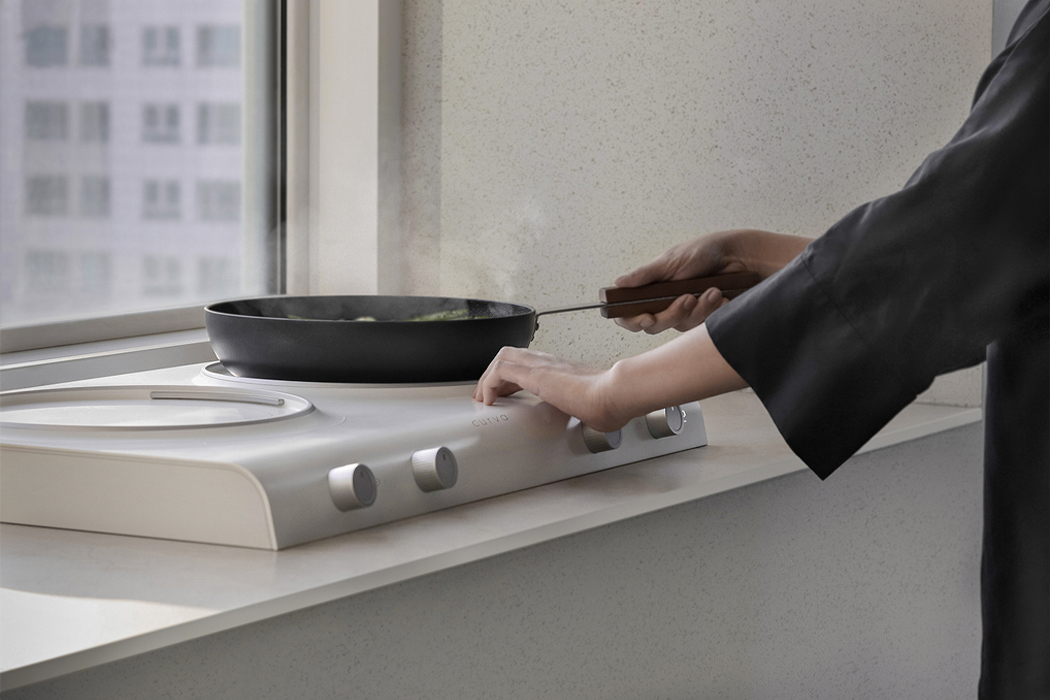 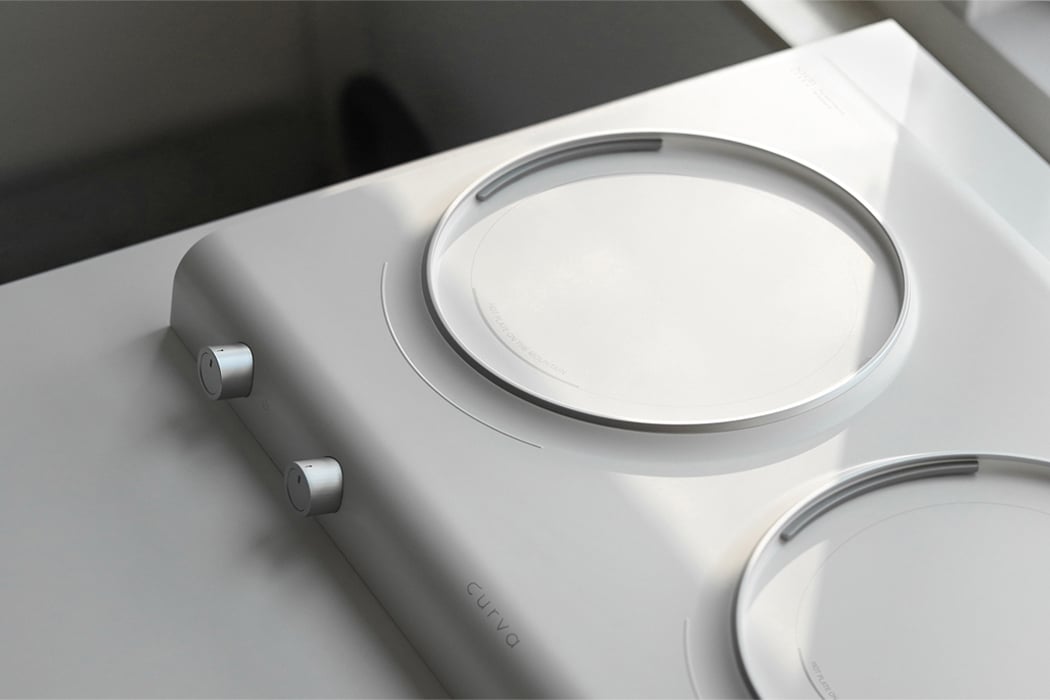 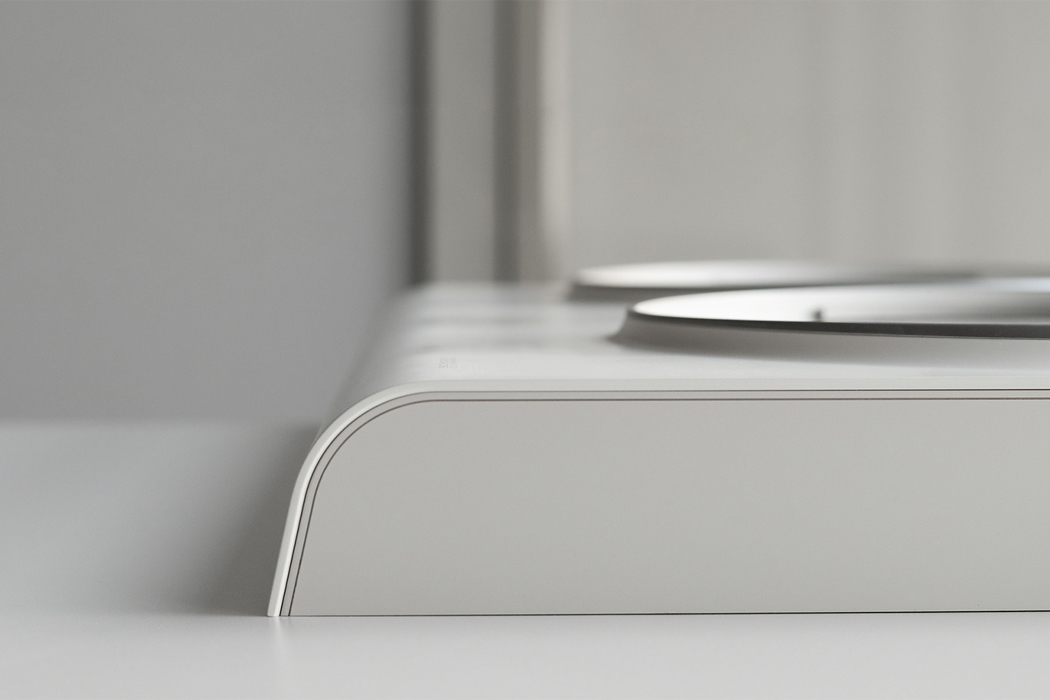 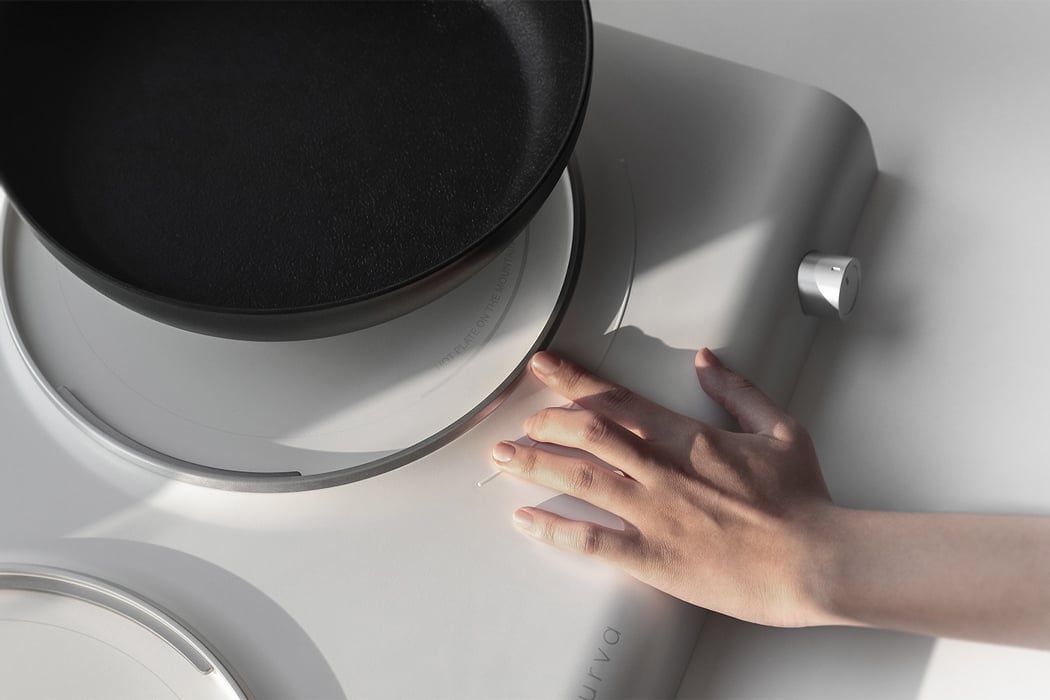 A disconnected raised ridge can be felt by those who are blind, indicating a nearby hotplate. 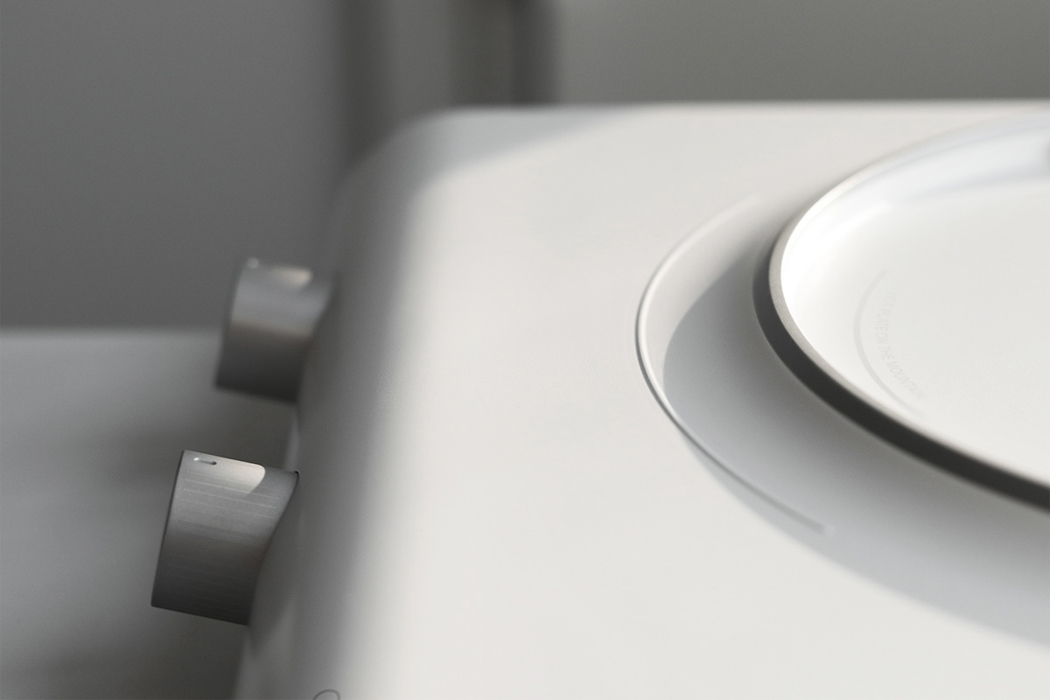 The knobs of Curva are textured to indicate different functions. 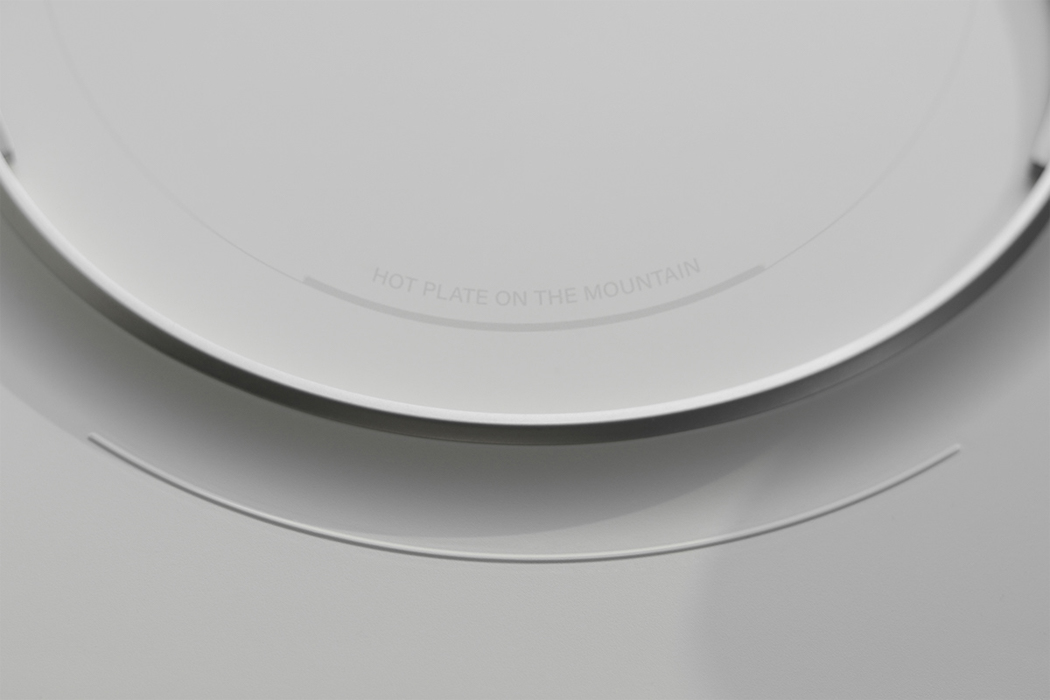 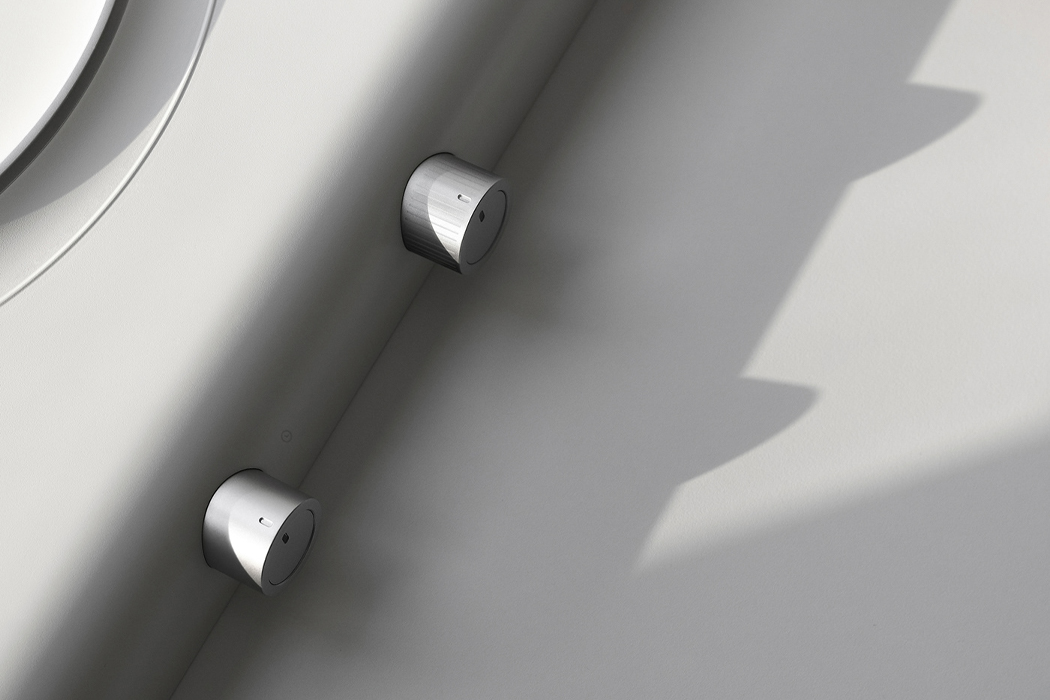 The fire burner knob dons a matte finish, while the timer dial is semi-glossy. 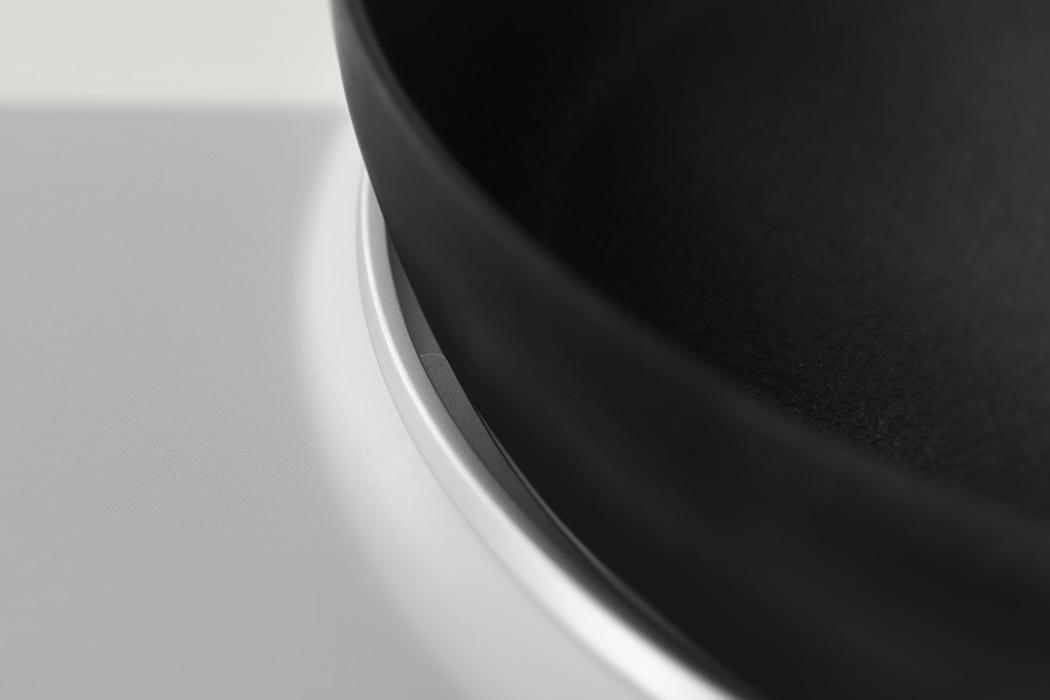 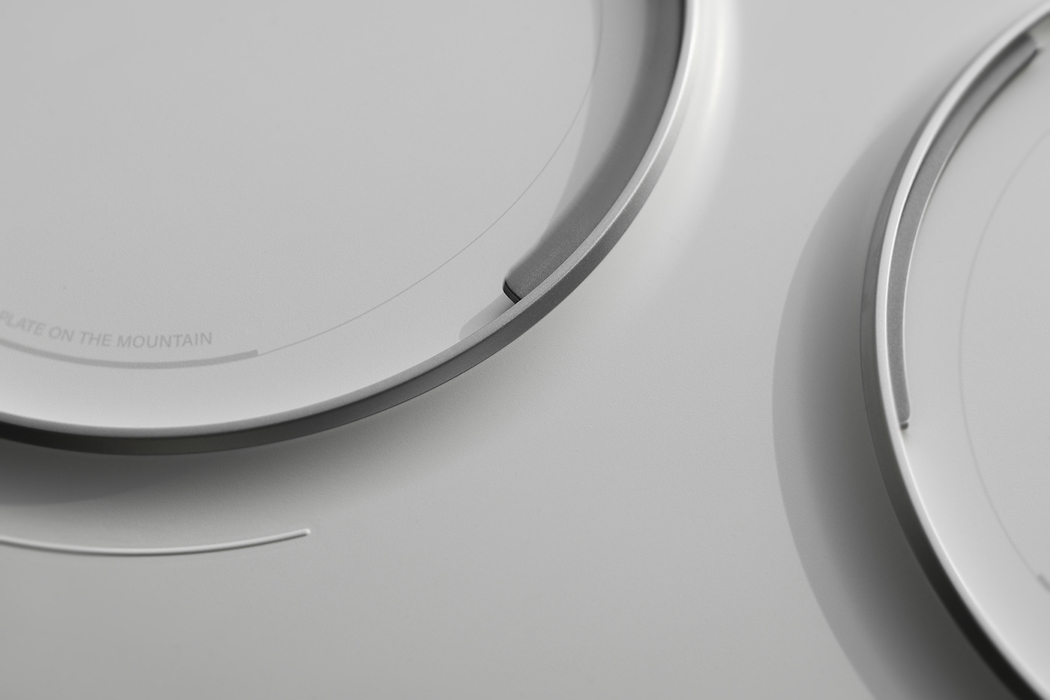 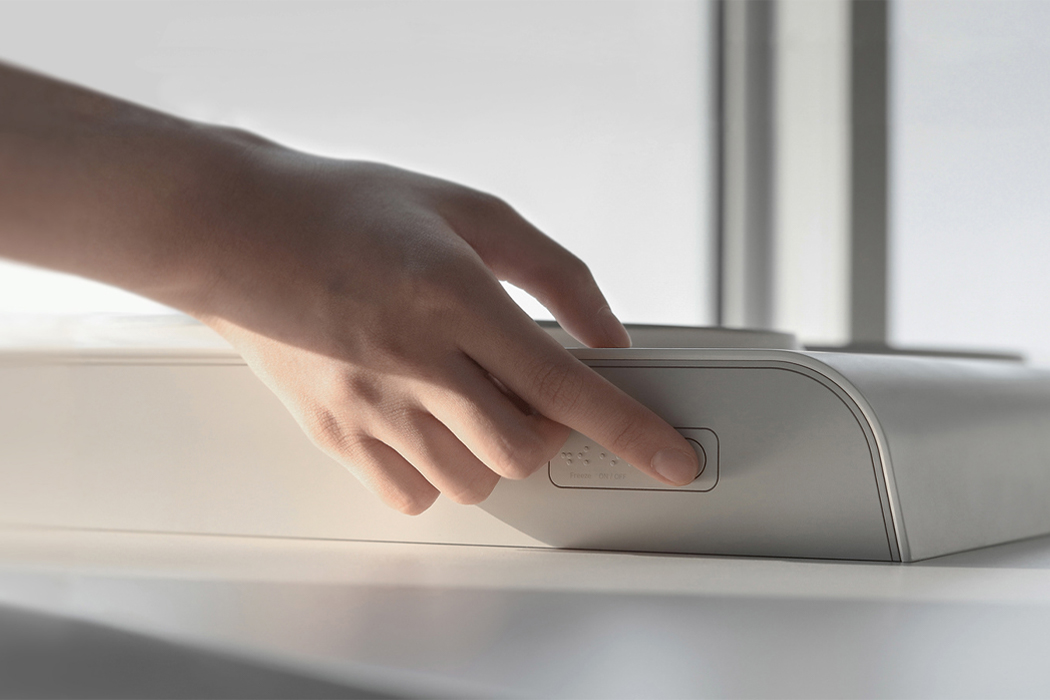 The freeze function can be blocked or activated with the push of a button. 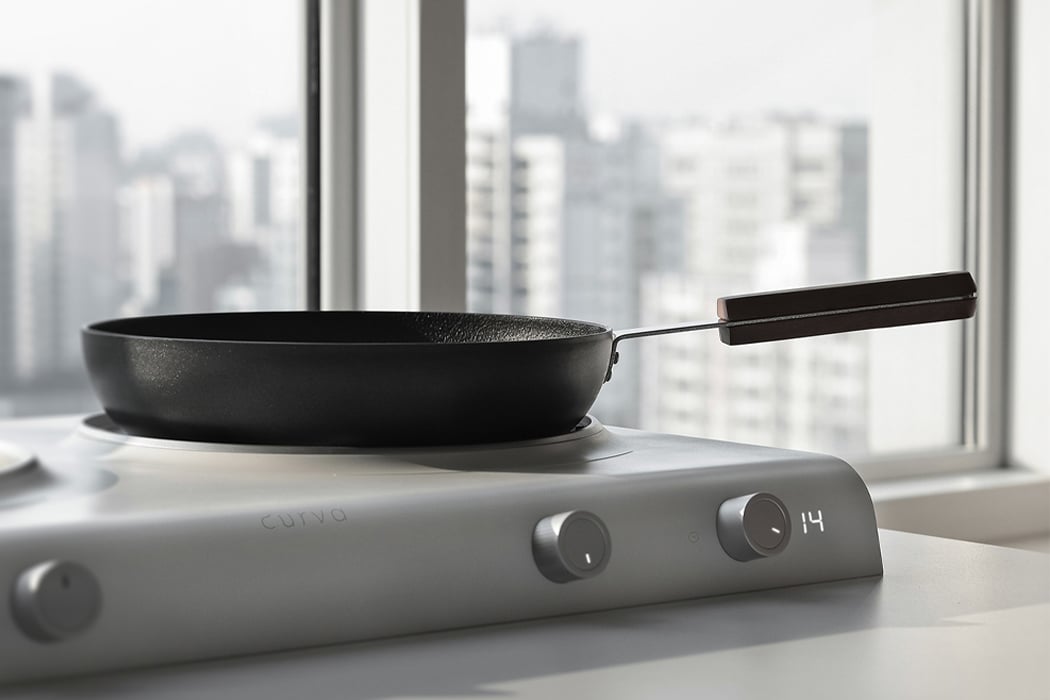 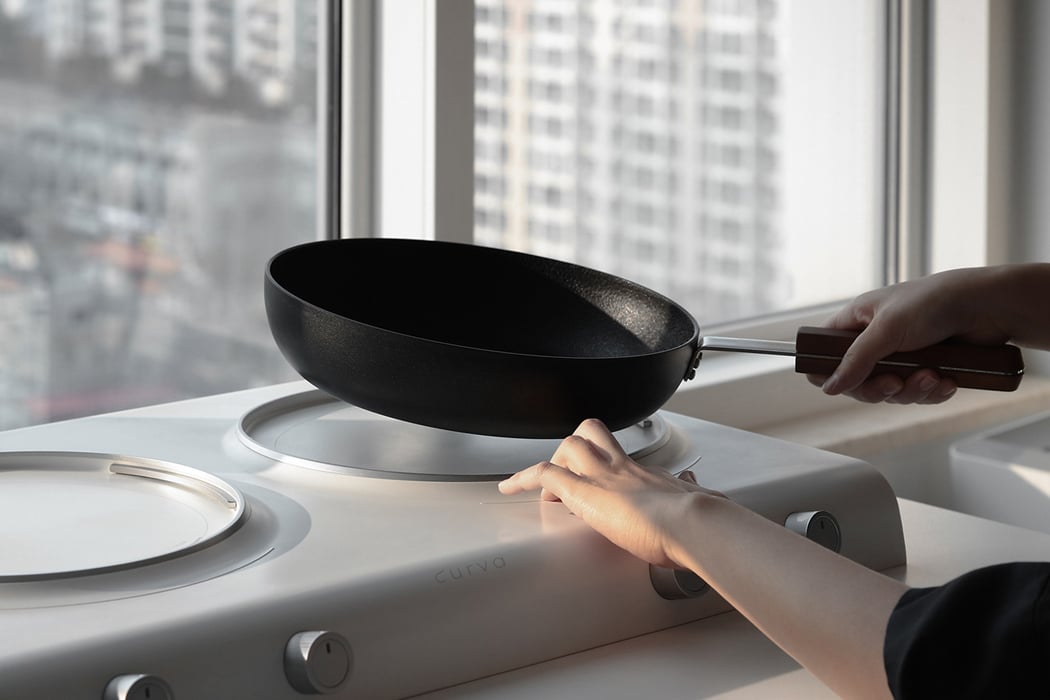 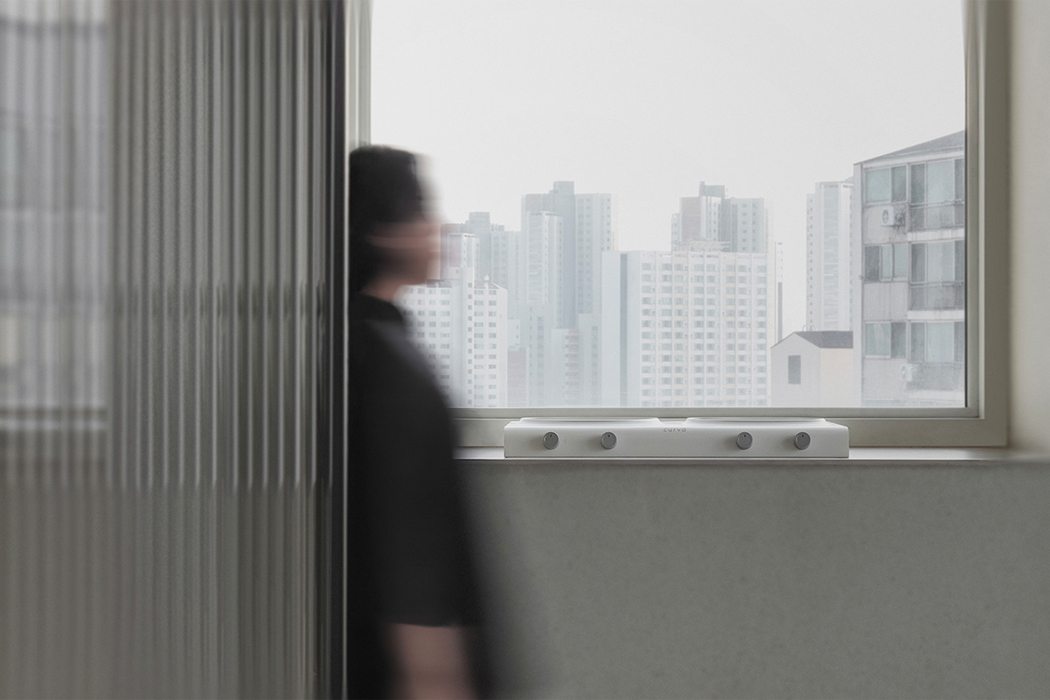 While there are some added features to Curva’s design, it still holds that classic slim body for which induction stovetops are known. 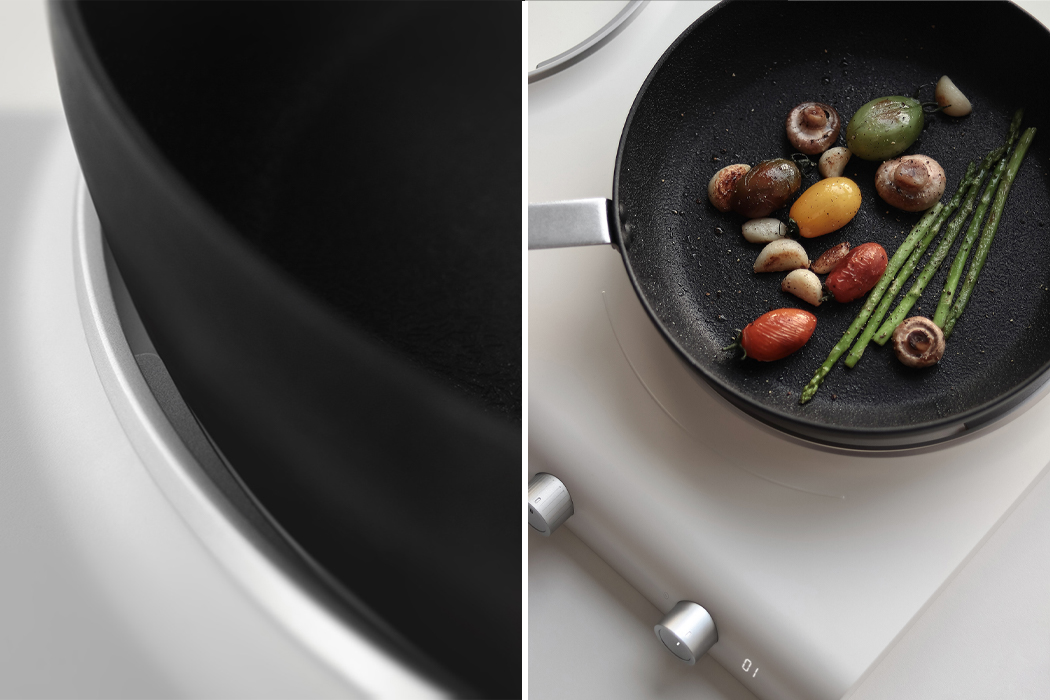 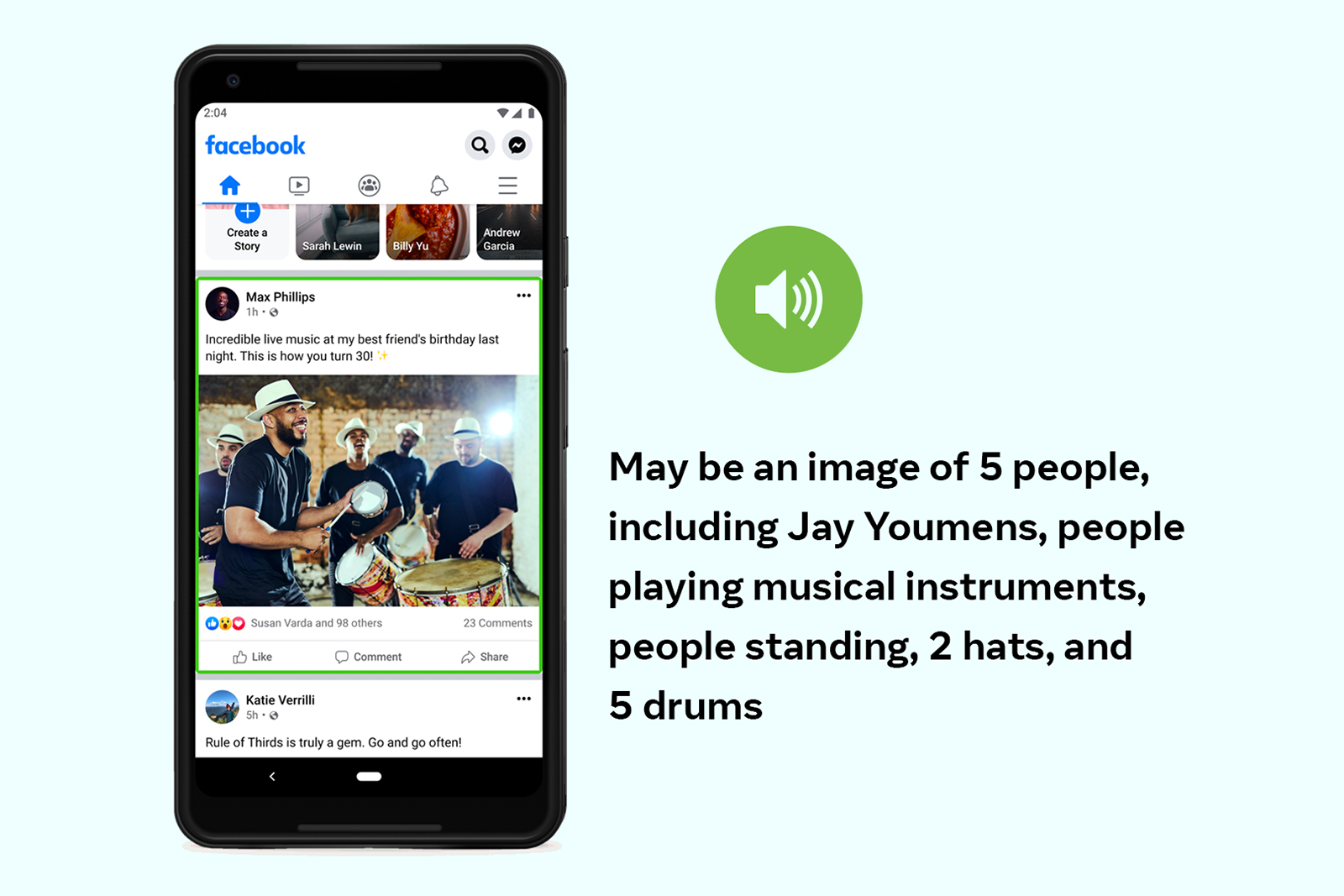 Facebook has long been using AI to describe photos for the visually impaired, but it’s stepping up its efforts in 2021. The social media giant has detailed a new version of automatic alternative text (AAT) that promises much more information.Instead... 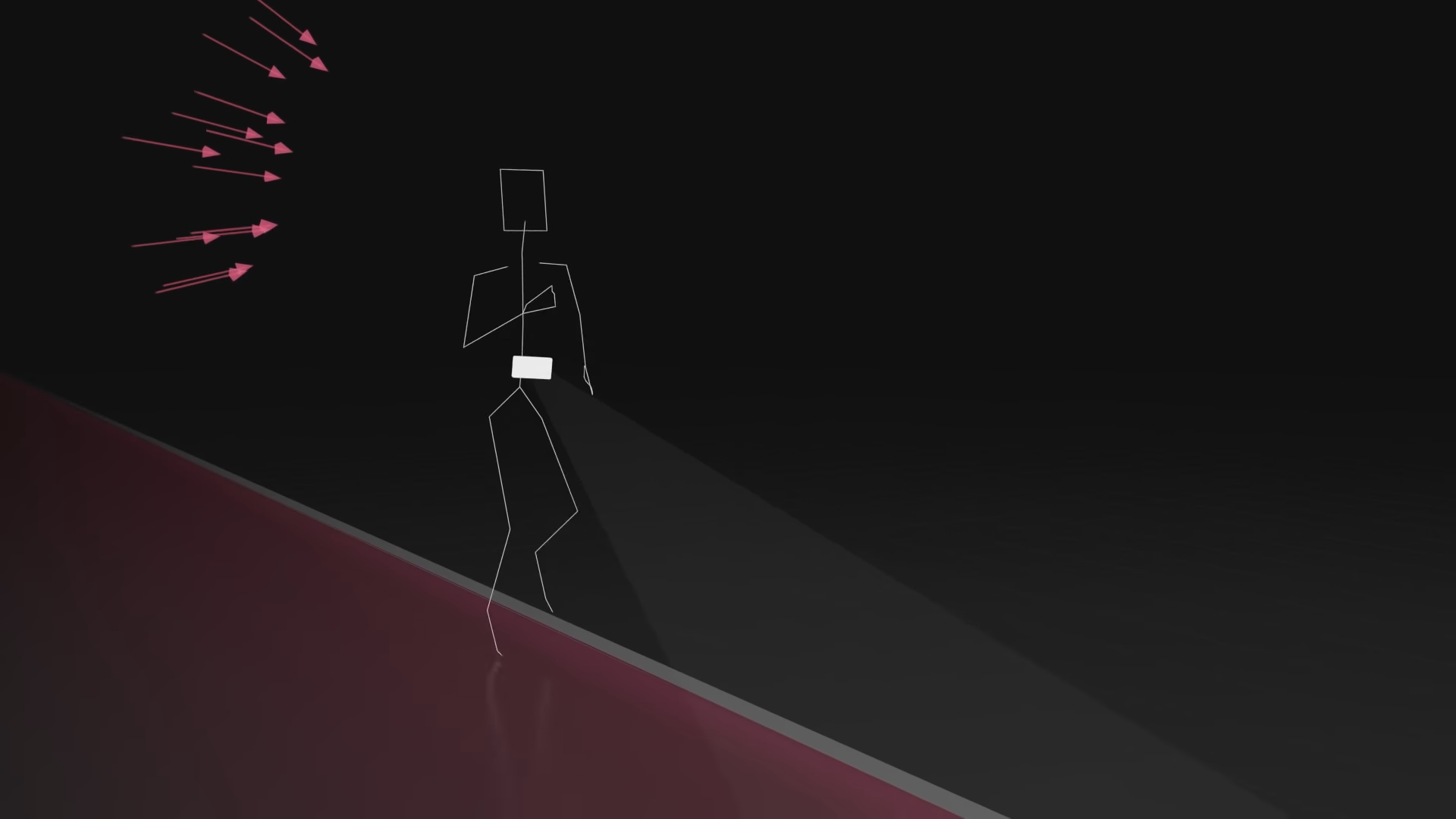 Google is testing an artificial intelligence system designed to help blind and vision-impaired people to run races by themselves. Project Guideline, which is an early-phase research program, is an attempt to give those people more independence. They...

Tableware essentials such as spoons, cups, plates and bowls are classic designs whose forms have remained unchanged over time. While the majority of us find these designs beneficial in their current form, what evolution for a society entails is evolution of our everyday designs to suit not only the majority, but to be inclusive and cater to all humans alike. It is this progress and inclusiveness Jexter Lim brings to the world with his tableware design named Eatsy.

Jexter’s design process started with a relatively simple question, “How might we design an adaptive tableware to enhance dining experience for the visually impaired?” The answer was Eatsy, a set of multi-functional tableware consisting of a plate, a bowl, a cup and utensils designed with a unique feature, a silicone flap that can be bent to increase ease of usage while reducing the stigma by blending in with the existing tableware. The silicone flap is one of those minor changes that make all the difference – they provide unique sensory cues in a subtle manner for the visually impaired, helping them feel the edge of the container to guide them in their tasks – be it pouring water correctly into the cup, scooping food from the edge of your plate or even balancing your spoon on the edge so it does not slip into the food. For example, the cup’s indent or silicone flap bends inwards, helping the user identify the spot and secure that location for pouring from a jug. The raised corner of the plate is sloped in nature, helping you capture, corner and scoop food onto your spoon, making it easy for the user to scoop the food towards this corner and judge the content left on their plate. Such tasks that commonly do without realizing our dependency visual cues and taking the action for granted.

Eatsy is also user-friendly for both left and right-handed users while its stackable design makes it easy to store. The simplicity of the design ensures it is easy to implement across restaurants and home. Given the fact that it helps prevent spillage, Eatsy is user-friendly not only for visually-impaired but for the elderly, children or just about anyone who has a tendency to spill – Eatsy is just as useful for everyone as it is for the visually impaired and that’s what makes it a truly inclusive design! 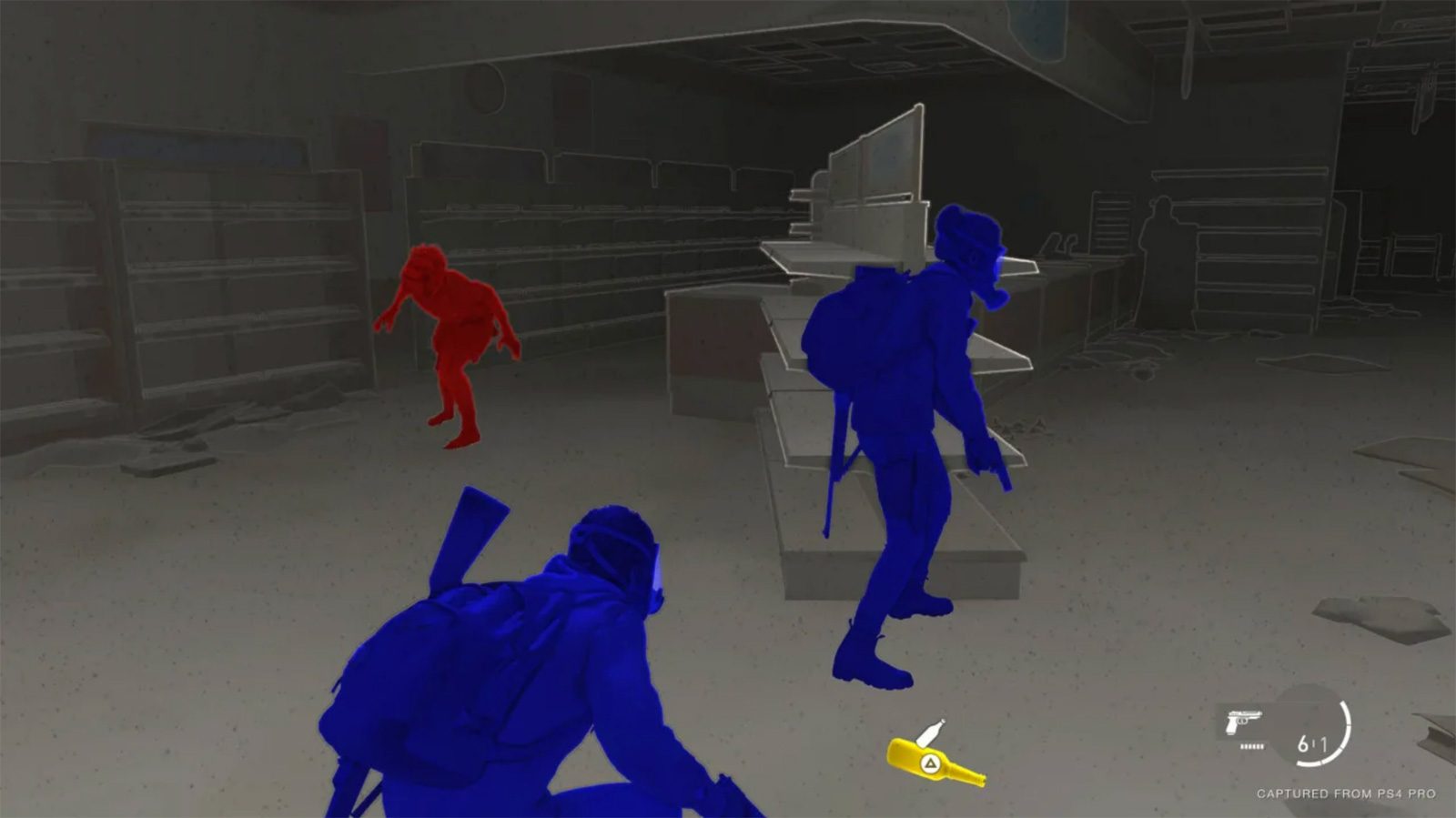 Naughty Dog declared that The Last of Us Part II would be one of the most accessible games yet in a recent interview with The Verge, but it’s now clear exactly how far the studio was willing to go to make sure people could play. The developer has det...

Designed to make technology accessible but also desirable, the iF Design Award-winning Braille Computer from Hangzhou DesignDo Innovation brings the sleek design language of modern consumer technology products and introduces it to special-needs design. The computer works like any standard desktop or laptop and supports regular desktop and mobile operating systems and programs like note-taking software, mail software, e-book readers, and even internet browsers. The all-in-one computer comes with a keyboard for input on the top, and a dynamic braille display at the bottom that lets users read what’s on their screen, one line at a time. Joysticks on the left and right let users navigate through their computer too, allowing them to switch between apps, open files, and even scroll across documents and pages!

The Braille Computer’s design noticeably deviates from the design DNA of other computers for the visually impaired. Designed for functionality but also made to look and ‘feel’ desirable, the computer is small, portable, sleek, and features a satin-finish metallic body that looks and feels great to the touch, combined with concave-capped keys that make typing on the Braille Computer an absolute breeze! Designed with Bluetooth and Wi-Fi built in, the computer can even connect to other peripherals, bridging the gap between consumer tech and special-needs tech!

The Braille Computer is a winner of the iF Design Award for the year 2020.

It’s great for people looking to easily read foreign languages, but even better for people with weak eyesight to begin with.

The OrCam MyEye 2 feels a lot like what the Google Glass should have evolved to become. I’m talking about ditching the holographic crystal and focusing on the camera technology, combined with Google Lens’ identification algorithm. Designed to be a small, retrofittable wearable camera that attaches to any pair of spectacles, the MyEye 2 can identify objects in front of it and read any text within its frame.

The MyEye 2 is more assistive tech than consumer tech. It helps people with low visibility to ‘see’ things by actively translating text and identifying objects. Just point at anyone or anything and the MyEye 2 picks up your gesture, analyzing what (or who) you’re pointing at. If you’ve got text in front of you, the MyEye 2 begins reading it out, allowing you to easily read fine print like newspapers, menu cards, and ingredients lists without worrying about straining your eyes. The tech works for humans too, allowing you to point at familiar people and have the wearable identify them for you.

Given that it functions as a visibility aiding device, the MyEye 2’s interface is incredibly intuitive. It works just by pointing at text, objects, and people and can even recognize voice commands… besides, if you’re visually impaired, skip the pointing and just press the button on the device and it analyzes everything within its frame. The MyEye 2 comes with a universal design that easily straps onto any pair of glasses, thanks to a magnetic band. This means it can easily be taken off whenever not in use, and even while worn, the fact that it weighs just 22 grams makes it easy enough to wear every day without worrying about the weight. 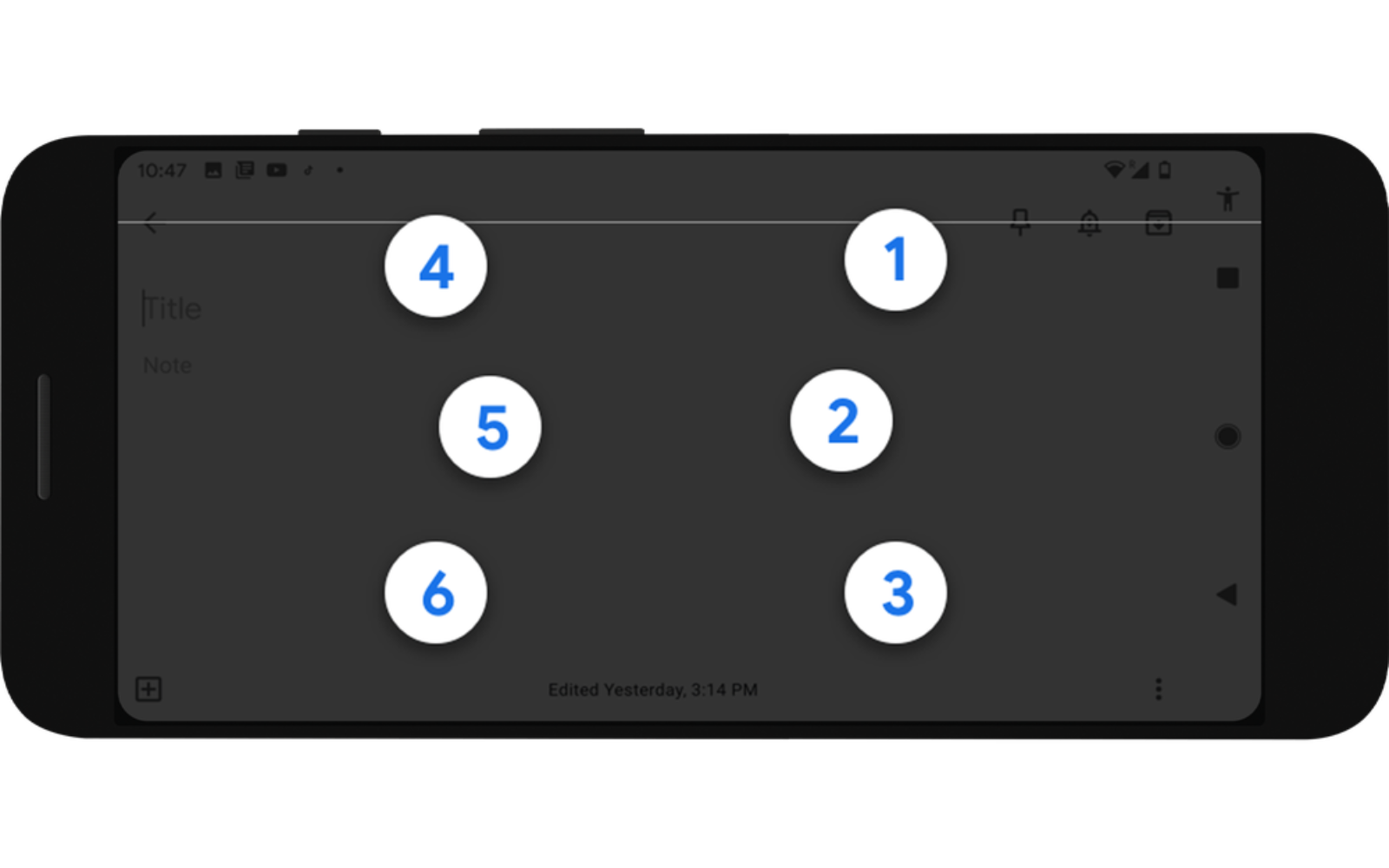 Today, Google is rolling out a new keyboard that will let blind and low-vision users type in braille without any additional hardware and in any app. The TalkBack braille keyboard is integrated directly into Android, so it should work whether you’re p... 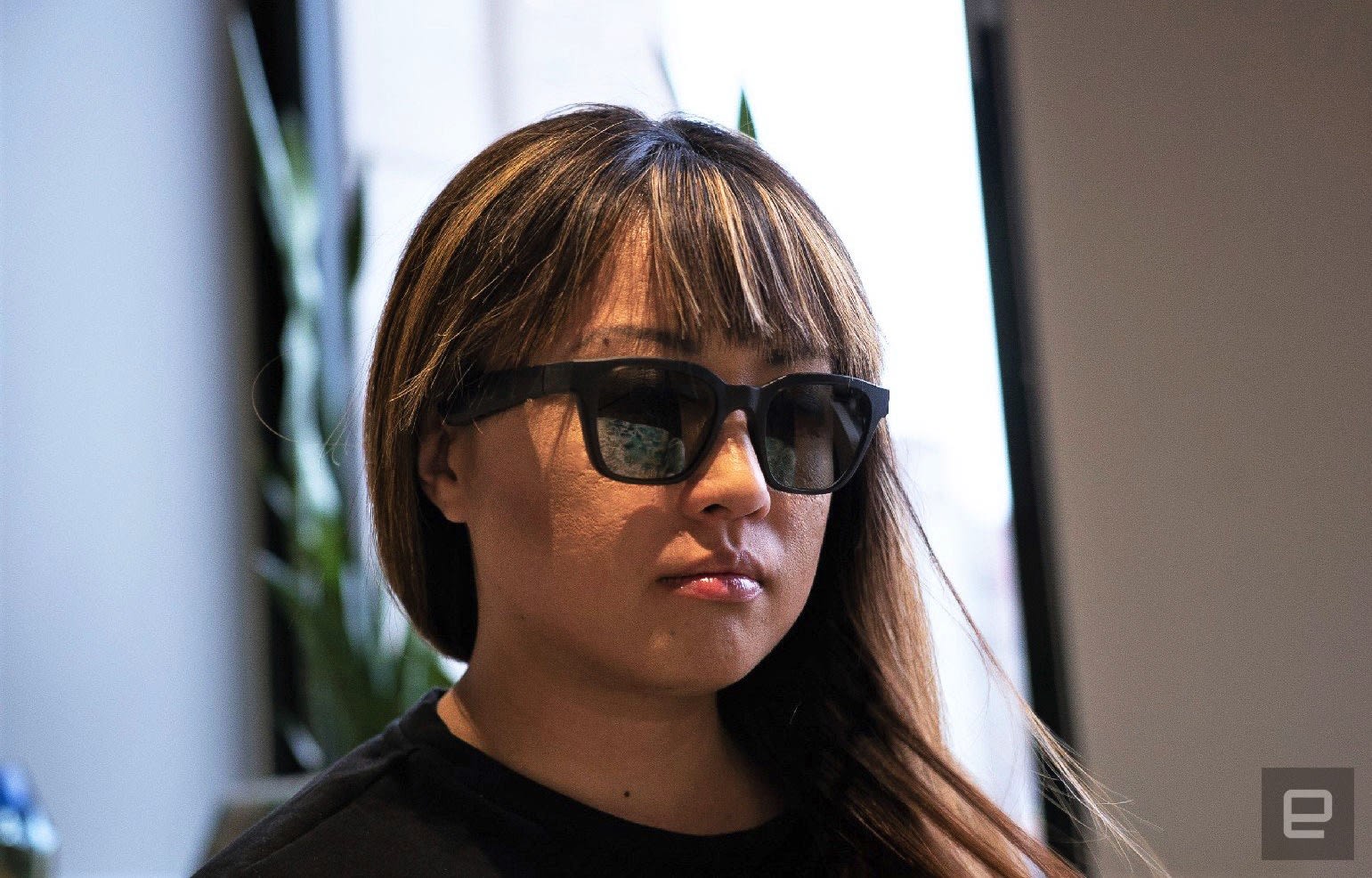 When they came out last year, the Bose Frames were an interesting, albeit unfinished showcase of what a company could do by fusing together smartglasses and headphones. We didn't think Bose's experiment was a consistent success, but clearly the weara... 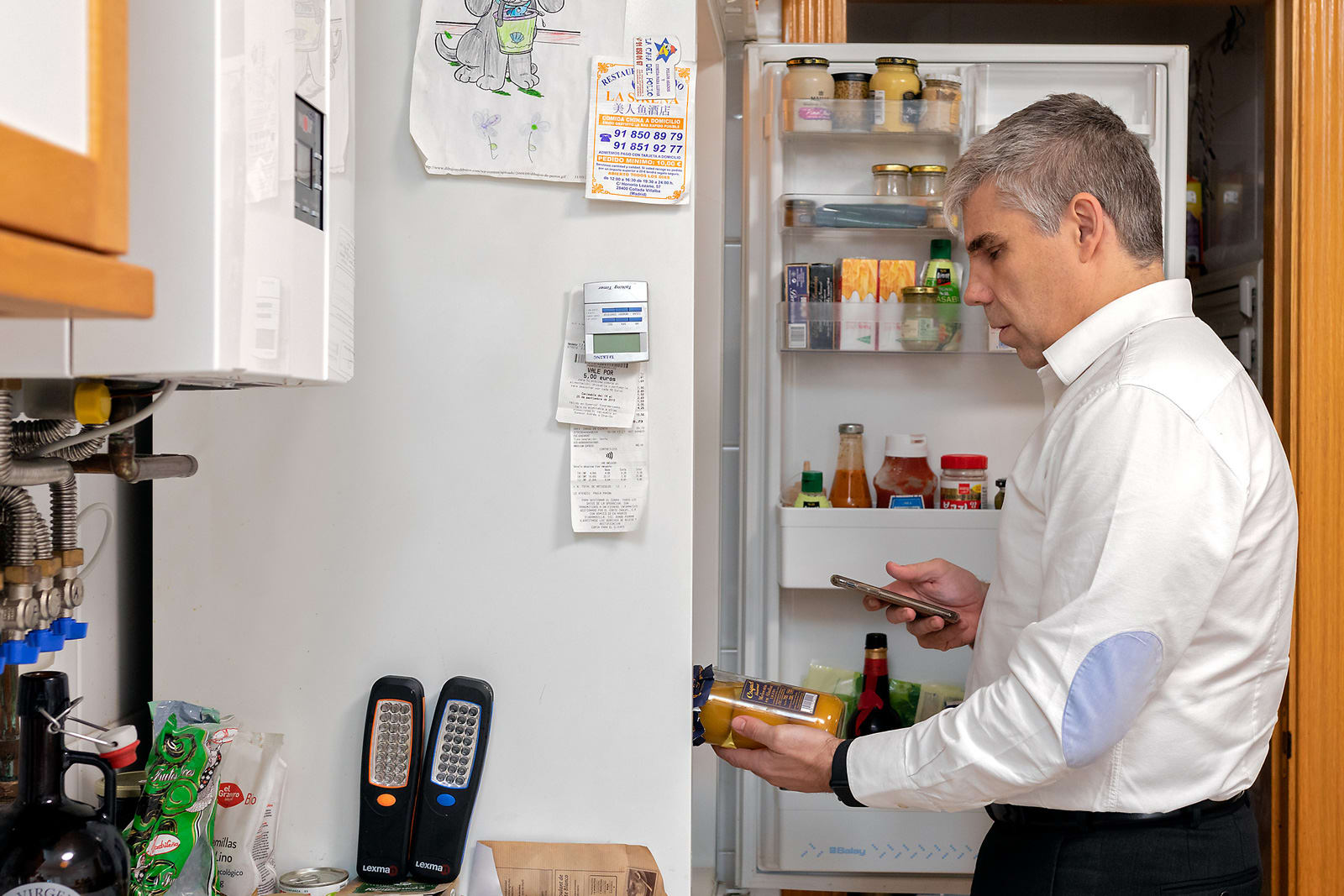 Microsoft's Seeing AI has been helpful for describing objects and text to the blind, but there's been a key problem: it has only been available in English, making it a non-starter if you don't speak the language. That won't be a problem for some peop...